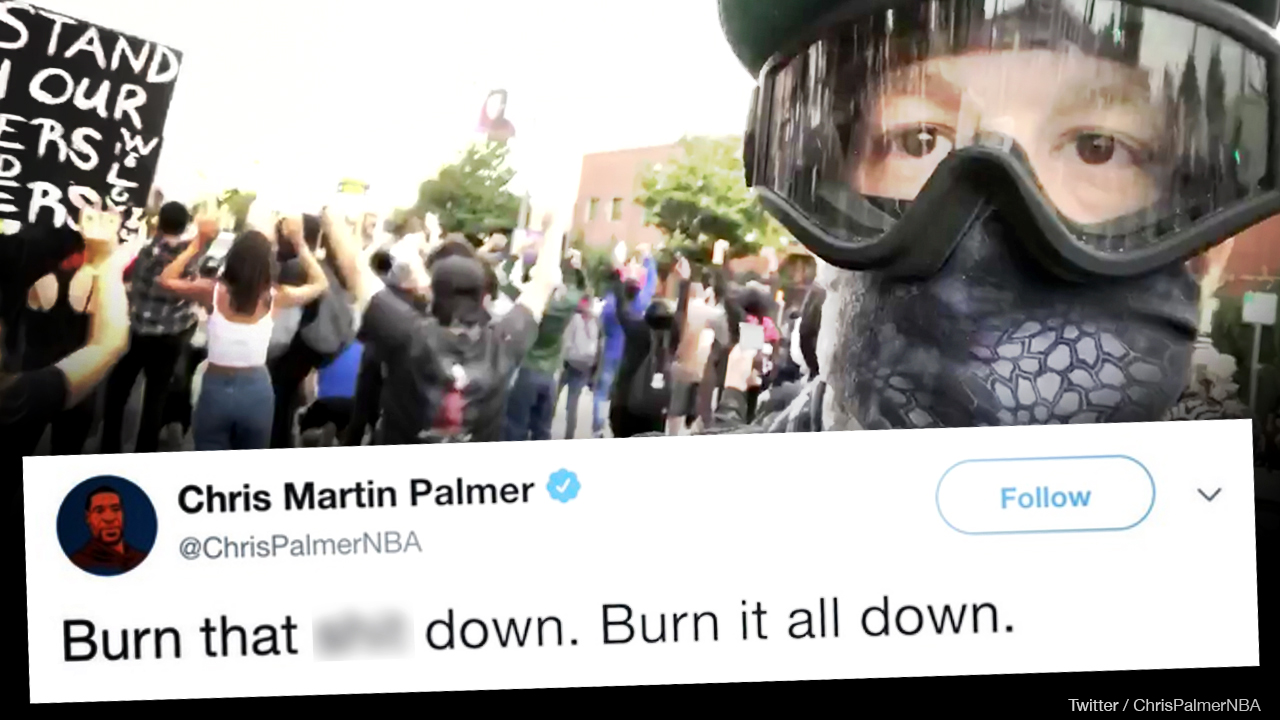 Former NBC reporter Chris Martin Palmer had a few words to say about the riots that have been breaking out all across the United States over the police-involved death of George Floyd —and his views showcase the attitudes of the mostly wealthy liberals who have been calling on poorer communities to violently protest law enforcement.

Posting on Twitter on Thursday night, Palmer initially celebrated the destruction of a low-income building in Minneapolis, Minnesota.

Reports soon surfaced that the affordable housing complex was among several buildings, including minority-owned businesses, that were torched in the initial outbreak of riots that have since spread to other cities in the US. The photo in Palmer’s tweet was showed that privately funded affordable housing complex that was set ablaze during the riots.

“The under-construction affordable housing development that burned in the widespread violence in south Minneapolis late Wednesday and early Thursday was to be a six-story rental building with 189 apartments for low-income renters, including more than three dozen for very low-income tenants,” reported the Star Tribune. “Construction began last fall on Midtown Corner, which was expected to be completed and ready for occupancy this year.”

On Friday, Palmer expressed his desire to participate in a rally near his home. “If I do it on Twitter I gotta do it in real life,” he wrote. “Wouldn’t miss it for the world. An historical event. I will try to capture plenty images.”

Palmer exposed his hypocrisy in a tweet two days later when he took to social media to complain that his gated community became the target of rioters, referring to the rioters as “animals.”

“They just attacked our sister community down the street,” he wrote. “It’s a gated community and they tried to climb the gates. They had to beat them back. Then destroyed a Starbucks and are now in front of my building. Get these animals TF out of my neighborhood. Go back to where you live.”