'Unfortunately, this is out of our control and without this essential ingredient we are unable to produce any of our products.' 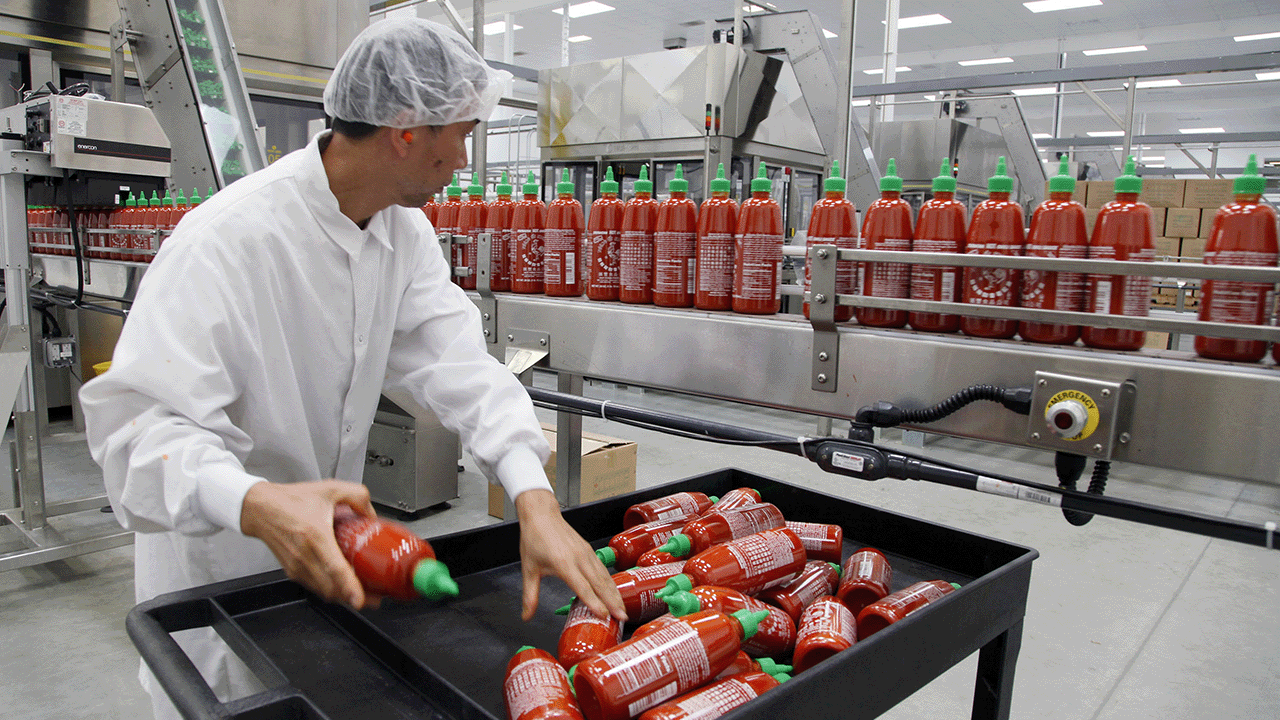 Sriracha, the famous hot sauce, will soon be unavailable to customers in the United States due supply shortages.

Chilli peppers, the main ingredient, are hard to come by. According to Bloomberg, the Southern California-based Huy Fong Inc. confirmed that its Sriracha products, including Hot Chilli Sauce, Chili Garlic, and Sambal Oelek, will be suspended for the summer.

Writing in an email to its customers, the company described the chili pepper shortage as “severe,” blaming the climate for the low yield from its farms in California, New Mexico and Mexico. The company says that weather conditions were affecting the quality of the peppers and worsening the already dire shortage.

Huy Fong Inc. said all orders submitted after April 19 would be fulfilled after Labor Day.

“Unfortunately, this is out of our control and without this essential ingredient we are unable to produce any of our products,” the company stated. “We understand this may cause issues. However, during this time we will not accept any new orders to be placed before September as we will not have enough inventory to fulfill your order.”

The shortage of Sriracha comes as the United States grapples with supply chain shortages. Since last fall, numerous industries have struggled with low availability of key resources, with buyers complaining of shortages in the automotive industry, computer parts, and more recently baby formula.

Huy Fong Inc. told Axios that it hopes to resume production in the fall.

Much like the United States, Mexico is currently going through a drought, causing numerous agricultural bottlenecks. In addition to shortages caused by the drought, a shortage of fertilizer also threatens to disrupt food supply chains, with its expenses rising by 90% from last year as of this February.

The situation has been made more dire by the Russian invasion of Ukraine. Together, both Russia and Ukraine combined produce around 12% of the world’s calories, and 30% of the world’s traded wheat, according to National Geographic.

The United Nations warned on Wednesday that an estimated 1.6 billion people in 94 countries are already exposed to one dimension of the crisis. Currently, 1.2 billion people are said to be living in perfect-storm countries which are severely vulnerable to all three dimensions of the food, energy and finance crisis.

“Three months into the Russian invasion of Ukraine, we face a new reality,” said UN chief Antonio Guterres. “For those on the ground, every day brings new bloodshed and suffering.  And for people around the world, the war is threatening to unleash an unprecedented wave of hunger and destitution, leaving social and economic chaos in its wake.”