The 'It’s Been Awhile' singer and songwriter voiced his views on the war in Ukraine and slammed the mainstream media’s narrative of America’s economic decline under President Joe Biden. 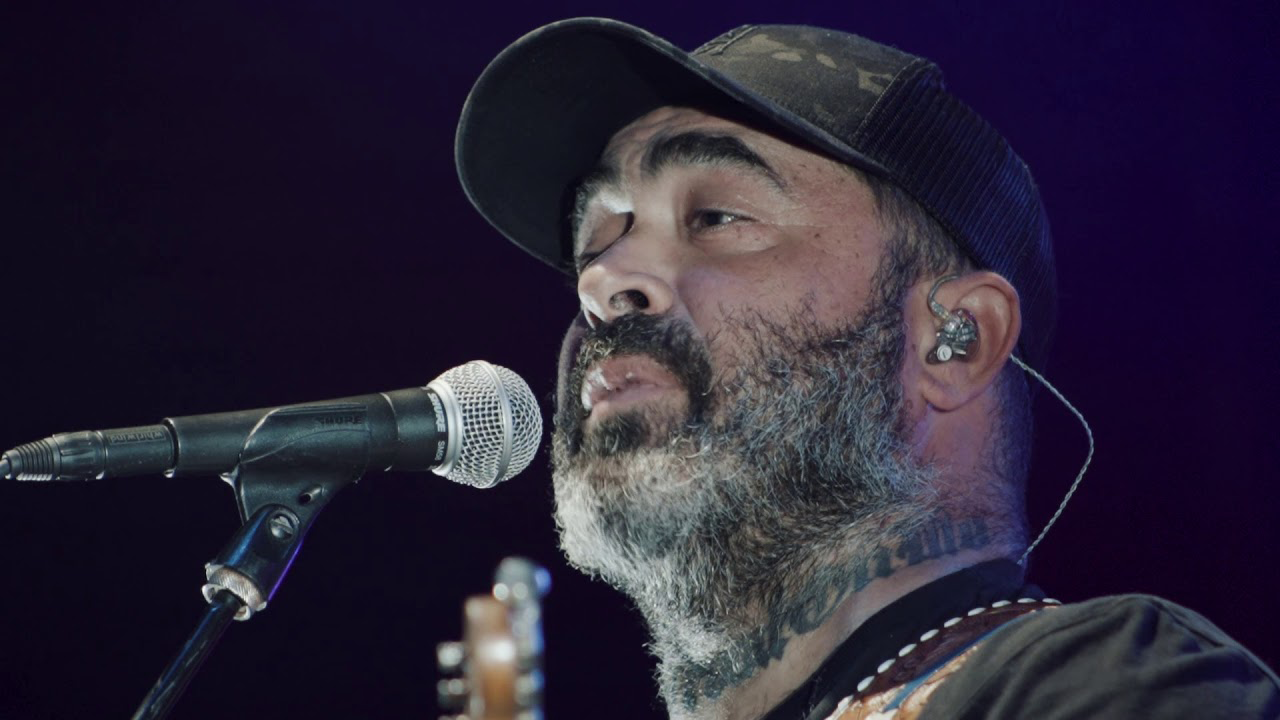 Staind frontman and outspoken conservative musician Aaron Lewis aired his grievances with the U.S. government and the mainstream media’s narrative-building around the pandemic and the ongoing war in Ukraine, questioning America’s support for a war against Russia.

Speaking on stage at his March 17 concert at Vern Riffe Center in Portsmouth, Ohio, the “It’s Been Awhile” singer and songwriter voiced his views on the war in Ukraine and slammed the mainstream media’s narrative of America’s economic decline under President Joe Biden.

“We need to come to grips with something, people. This is our country. We own the most corrupt country in the world,” Lewis began. “So my question is, what are we gonna do about it? Because we put these people where they sit, to become corrupt and to sell us out all for their gain and not for ours. They're supposed to represent us, not themselves. And they're all guilty of it — 90% of 'em.”

“I don't know who's worse — the Democrats that are trying to destroy this country or the Republicans that sit idly by while they do so,” he said, calling for the removal of corrupt politicians in Washington D.C. through the ballot box.

“They all need to be removed,” he continued. “We need to start voting for people that aren't lifetime politicians because those are the most lecherous, snake-in-the-grass pieces of sh*t that you can ever possibly put into power.”

“The next governor needs to be you. The next senator needs to be you. We need to pick from our peers, people — people that have good ideas that we can stand behind; not these f*cking snake oil salesmen that tell us everything we wanna hear,” said the 49-year-old singer. “And until we wake up, this country is going off the cliff, people.”

“We have no order. We have no president,” stated Lewis. “Every single day that goes by, we lose standing in the world. Everyone's laughing at us. Everyone is positioning themselves against us. And it's not us — it's the government that we put in power.”

“These are the people that are making us look bad throughout the entire world — the same people that have you convinced that we all need to support Ukraine even though all of their money laundering systems, all of their everything, the way that they get all their kickbacks and they wash everything is all through the Ukraine,” said Lewis, referring to how some politicians and American businessmen use Ukraine to launder money.

When a member of the audience yelled “f*ck Joe Biden,” Lewis replied: “Listen, it's bigger than 'f*ck Joe Biden' It is. It is. It's the media. It's the Internet and the people that control it. Everything is against us in this room — everything. Because when we lose, they win.”

“Look what happened over shutdown,” said Lewis, referring to the lockdowns that crippled businesses for many middle class Americans following the outbreak of the COVID-19 pandemic. “Look how many small businesses got bankrupt and closed forever. And look how the big corporations made billions and billions of dollars.”

“But guess what — didn't we all get COVID? Didn't every single of us in this f*cking room get COVID and live to tell the tale? We're okay. I survived. I didn't stick that poison in my f*cking body. I did just fine. I had it twice. I'm not f*cking dead,” said Lewis to applause from the crowd.

“Don't believe a word they fucking tell you — not one word,” he said, before speaking on the war in Ukraine.

“You know, as f*cked up as it sounds, maybe we should listen to what Vladimir Putin is saying,” Lewis said. “Maybe, just maybe, when Klaus Schwab and George Soros and every other dirty fucking earth-destroying mother*cker all jumps on the same bandwagon, maybe, just maybe we should fucking take a good look at that. Why are they trying to protect Ukraine so much? What do they all have to lose?”

Following a brief interlude in which Lewis referred to anti-Russian “propaganda” being disseminated through social media by media accounts, Lewis suggested that Americans ought to reassess their understanding of the legacy media and the narrative they’re building about Putin, whom he claims is “fighting the same people we’re fighting, which is the same people everywhere on the face of this earth that people are fighting for freedom.”

Speaking at a separate event on Saturday, Lewis said that the only thing Biden has accomplished was turning America into “the Titanic,” referring to the supposedly indestructible ship that sank after hitting an iceberg in 1912.

“We need to come to grips with the fact that we are the most corrupt country in the world because we have sat back and allowed our government to destroy this country,” said Lewis. “We — we’re the stewards. We are the ones that this country was passed down to by the generation before us. And whether you want to believe it or not, whether it hurts your feelings to think it or not, we are responsible for the mess that we are in right now.”

“Do you realize what will happen to this country if the rest of the world decides not to go on the dollar anymore?”