Referencing Will Smith’s slap of Chris Rock at the Oscars on Sunday over a joke, Colbert mocked Doocy for resembling a 'kid in high school who wears a suit to gym class.' 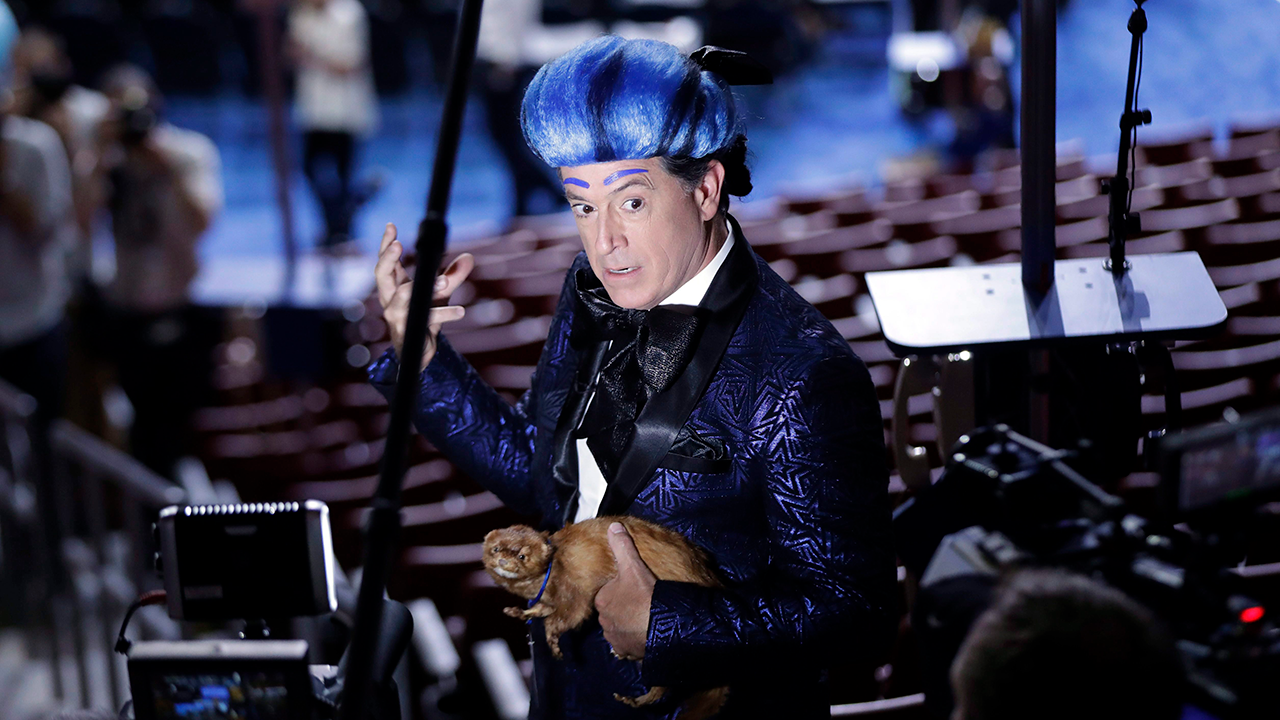 Late night host Stephen Colbert suggests that Fox News White House correspondent Peter Doocy deserves to be slapped for daring to ask President Joe Biden what he meant when he said that the United States would respond “in kind” to any use of chemical and biological weapons by Russia in Ukraine.

As Rebel News detailed on Monday, Biden made a number of gaffes during his trip to Europe, in which he suggested that America would give an equivalent response to Russia's use of the banned weapons, should they come into play.

Referencing Will Smith’s slap of Chris Rock at the Oscars on Sunday over a joke, Colbert mocked Doocy for resembling a “kid in high school who wears a suit to gym class.”

“Yesterday, President Biden held a press conference,” Colbert told his audience of liberal drones. “And he was asked a ridiculous question by a ridiculous man, Fox News reporter and that one kid in high school who wears a suit to gym class, Peter Doocy.”

“Jimmy, drop the deuce,” said Colbert, instructing that the video be played.

“It will trigger a significant response,” Biden replied.

“What does that mean?” Doocy pressed.

“I’m not gonna tell you,” replied Biden, refusing to answer the question. “Why would I tell you? You gotta be silly.”

Amid audience laughter, Colbert interjected to remind his audience how he said that “slapping is never, ever the answer” the previous night.

“I’d like to file a one-time exemption on behalf of the President of the United States,” the host remarked, before playing another clip in which Doocy pointed out to the president that “the world wants to know” what he meant by his remarks.

“The world wants to know a lot of things; I’m not telling them what the response would be, then Russia knows the response,” Biden responded tersely.

Colbert, who shamelessly cheerleads for the Biden administration, said, “Peter Doocy, Fox News, I’ve got two more questions: First, what are the exact locations of all of America’s troops and can you give me the nuclear launch codes? Just tell me, is one of them a four? Can I buy a vowel, Mr. President? I’d like to solve the puzzle. Another feather in your map?”

Last Night in Comedy:@StephenAtHome: FNC’s Peter Doocy should be “slapped” for asking Biden to clarify his Russia comments pic.twitter.com/8ATENEWUuV