Follow along on this page for updates on Pastor Phil's legal proceedings.

Pastor Phil Hutchings of His Tabernacle Church in St. John, New Brunswick spent over 7 days in jail for the crime of allowing his congregation to gather freely in the face of COVID places of worship.

The shocking story of what happened to Phil and his church and his associate pastor Cody Butler has been wildly underreported given the extent of government overreach involved.

The church has been under strict surveillance by authorities, and services were previously disrupted when police and safety officials entered the church to gather evidence.

Hutchings was summoned to court where he was held in contempt of a court order requiring him to abide by public health restrictions. He spent 7 days in jail in isolation.

Hutchings is out now but his freedom is still at risk and the courts in New Brunswick want to lock him up again for honouring God before the government.

The church is being represented at no cost to them by lawyers working with Fight The Fines, a Rebel News civil liberties project in partnership with the registered Canadian charity, The Democracy Fund.

If you want to stop the government persecution of Pastor Phil, then please donate on this page.

You can also sign our petition calling on the government to back off and leave Phil and his church alone right here. 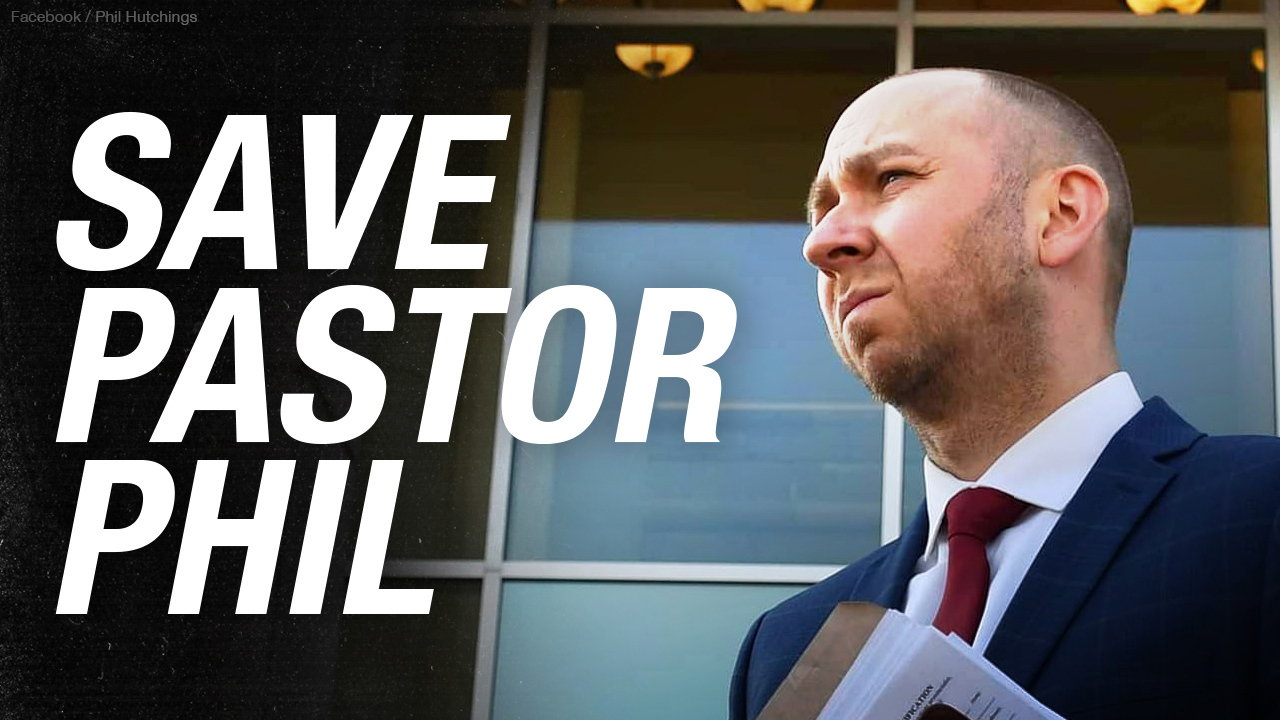 Help pay the legal fees of Pastor Phil by making a donation. Donations will go to The Democracy Fund, a registered Canadian charity that is now helping the 'Fight The Fines' project. So, you can now get an official charitable receipt for a donation made on this page and use it to reduce your Canadian taxes.