Calgary academic apologizes, pays up after falsely calling a Rebel reporter a “Neo-Nazi” 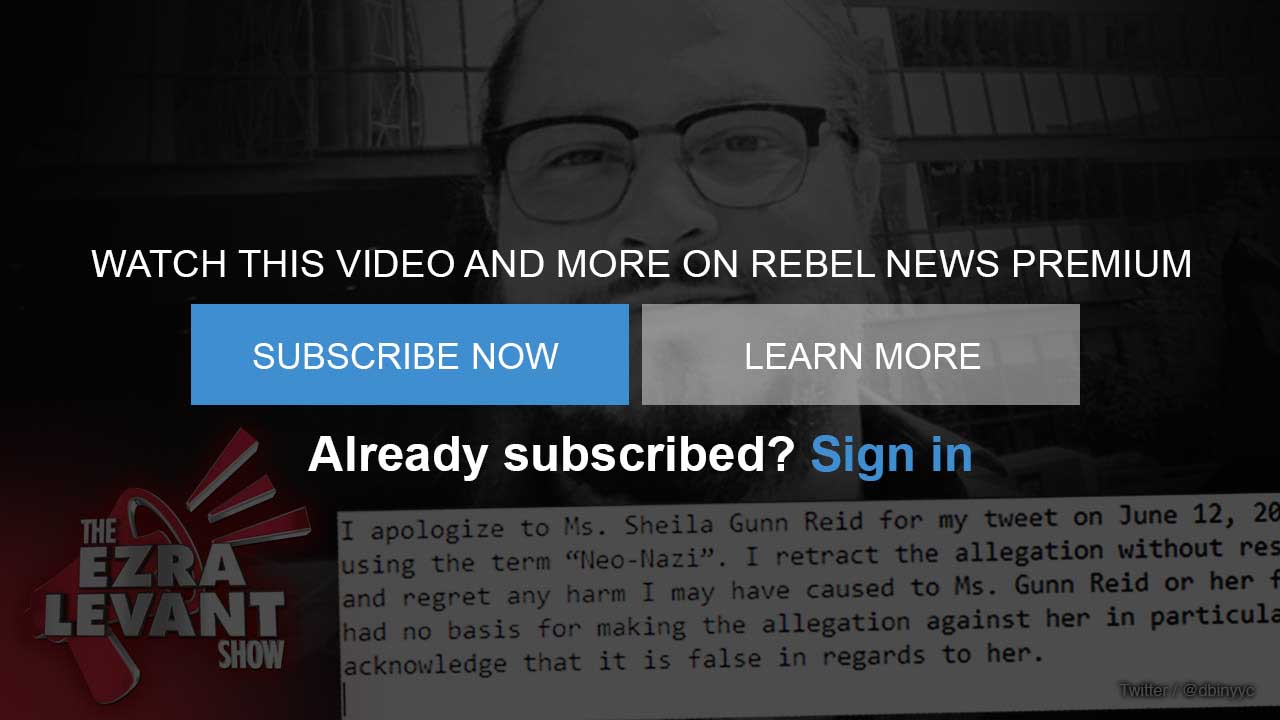 Are you one of the more than 3 million people who have viewed this response on Twitter from our reporter Sheila Gunn Reid?

David Barrett, the “Aquatic Ecology Lab Coordinator” at the University of Calgary has been required by a court of law to post this apology on his own Twitter account, and keep it pinned in the top spot for the next 30 days. His tweet reads:

“I apologize to Ms. Sheila Gunn Reid for my tweet on June 12, 2019 using the term “Neo-Nazi”. I retract the allegation without reservation and regret any harm I may have caused to Ms. Gunn Reid or her family. I had no basis for making the allegation against her in particular and acknowledge that it is false in regards to her.”

We sued David Barrett when he refused to back down on his originally anonymous and deeply defamatory insult against our reporter. Calling someone a Nazi isn't like calling someone stupid. It's a serious accusation — there are real-life consequences. You can be banned from renting facilities, or physically attacked, or even fired.

This suit is part of our larger StopDeplatforming.com strategy. In tonight's show, I'll explain how we fought back and won.

NEXT: Manny Montenegrino joins me to talk about Trudeau's recent cabinet shuffle.