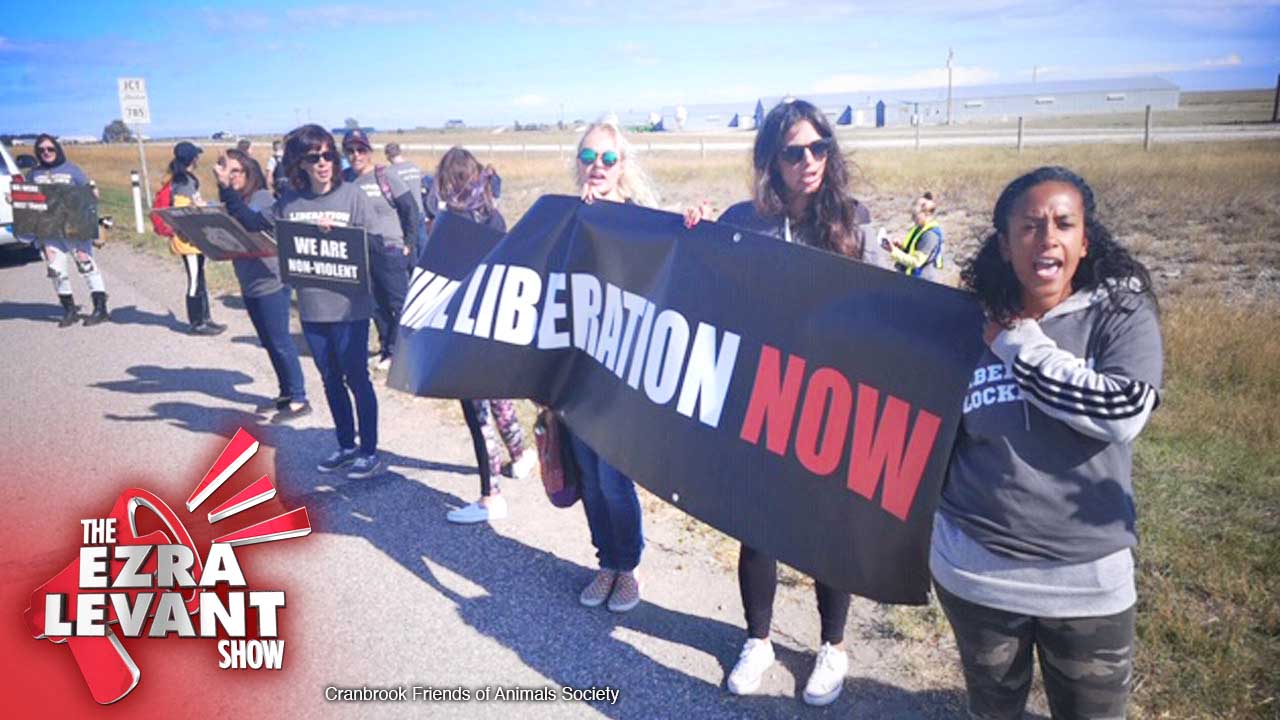 Fort Macleod, Alberta — In September, more than two dozen animal rights activists invaded a Hutterite turkey farm in nearby Jumbo Valley. But with the snow falling and cars off the road, today's court case has been cancelled and rescheduled.

More than two months ago, our reporter Sheila Gunn Reid visited the Jumbo Valley turkey farm near Fort Macleod to exclusively interview some of the farmers whose property was invaded over the Labour Day weekend. The farmers told Sheila that 30 activists staged a sit-in directly inside the building with the turkeys while another 30-50 stood near the highway. It was the activists, not the pacifist Hutterite farmers who called the police. Several RCMP officers showed up but made no arrests, instead choosing to conduct a negotiation that ended with the farmers handing over 5 of their turkeys and allowing media in to view their property.

Arrests connected to the event were not made until late October, and one of the activists picked up in the sweep was an employee of Global News... which was the first media outlet on site!

In tonight's episode, I'll tell you why this case will have far-reaching consequences. We're not the only ones following the arguments and the outcome. If the activists get away with this, then other environmentalists will have precedent to invade sites on their side. And one of us will be back next week to sit in on court to document the whole thing.

NEXT: Breitbart's Joel Pollak joined me to talk about Michael Bloomberg's ability to buy his way into the Democratic presidential race.