An agreement for convoy organizers to meet with senior government officials was ultimately sabotaged when Trudeau invoked the war-time law to quash the peaceful protest on the streets of Ottawa, the Public Order Emergency Commission heard. 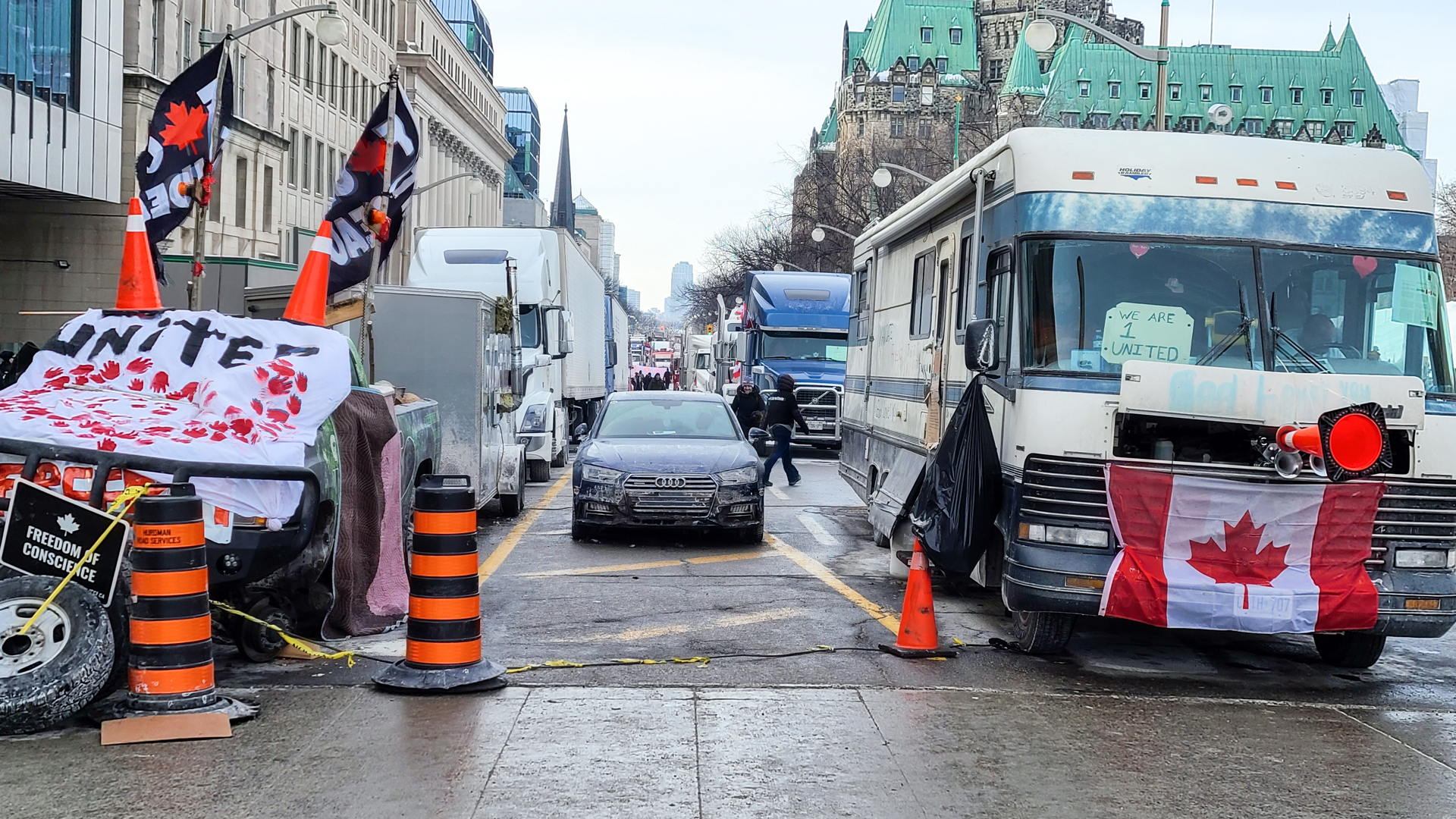 "You will publicly denounce unlawful activity and blockades and facilitate having individuals being able to return to their homes. If this occurs, you will be able to form a connection with senior government officials in the form of a meeting in order to have your voice heard," the email from the OPP Liaison team (PLT) read.

The PLT had been leading negotiations with the Freedom Convoy for several days before federal intervention destroyed any hope of a resolution to the nearly four-week-long peaceful protest in the nation's capital.

Truckers and their supporters converged in Ottawa in late January to demand an end to cross-border vaccine mandates for truckers. The demonstrations quickly grew into an avatar of freedom from COVID restrictions until the Trudeau Liberals used the nuclear option of the never-before-used Emergencies Act to give police and government extraordinary powers of search, arrest, and seizure to bring an end to the so-called "occupation."

Tuesday lawyer for Freedom Corporation, Brendan Miller, cross-examined Ontario Provincial Police Inspector Marcel Beaudin with an email between Beaudin and Deputy Minister of Public Safety Rob Stewart, which confirmed an OPP-brokered proposal for a resolution to the convoy protest was presented to the Liberal cabinet's Incident Response group in the hours before the Emergencies Act was invoked.

Also in evidence before the commission are earlier emails confirming a federal engagement with the protesters if the protesters kept their side of the deal. The emails from Leslie Jean of the OPP PLT team dated February 11, 2022, promise a meeting with senior government officials if protesters "facilitate having individuals being able to return to their homes."

It's from the deputy minister of Public Safety.

3 days later, the feds dropped the hammer of EA before they had to uphold their end of the deal. pic.twitter.com/HZza7dTerL

The emails were precipitated by Deputy Minister Rob Stewart, who had requested "urgent engagement."

OPP Inspector Marcel Beaudin claims that there had been discussions and acknowledgement of potential meetings between the OPP and Freedom Convoy organizers.

On February 13, 2022, convoy organizers began moving trucks out of the downtown core as a show of good faith.

ICYMI: Police stopped the movement of trucks during negotiations between city officials and convoy organizers, despite the city's chief of staff recalling there was space.

His theory? This was done because of the Emergencies Act.

Three days later, the feds dropped the hammer of the Emergencies Act before they had to uphold their end of the deal, police were redeployed from the project to move trucks out of residential areas, and the mass arrests and crackdowns started where protesters congregated.

The POEC, over the next four weeks, will examine if the invocation of the Emergencies Act was justified. The commission is in its third week of testimony. To support Rebel News' independent coverage of the POEC and to see our reports, please visit TruckerCommission.com.