The return of Hillary Clinton? Biden and Sanders both say they will have female running mates 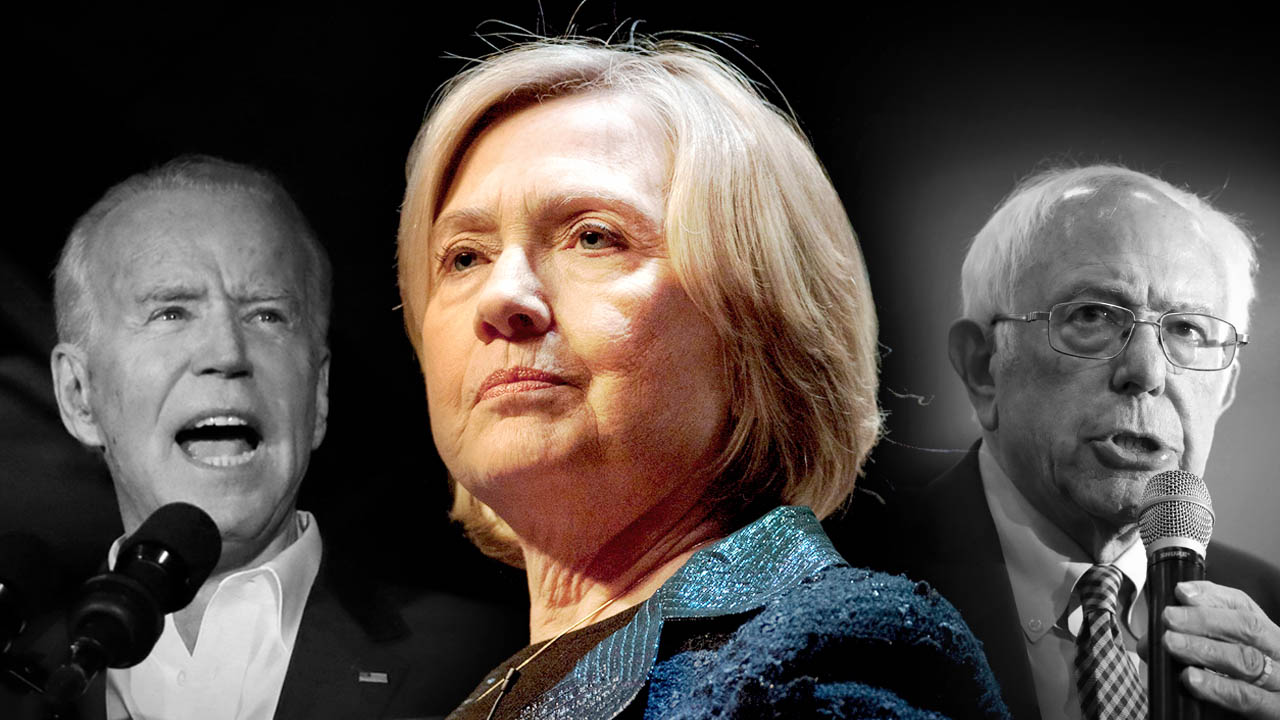 While the whole world was watching COVID-19 updates and stocking up on supplies (and toilet paper for some reason), two old men were busy bickering in an empty room. Unfortunately, those two men were Joe Biden and Bernie Sanders in what was a remarkably unexciting Democratic Candidate Debate.

Amidst debating bailouts for industries affected by coronavirus and ridiculous stances on illegal immigration — Biden said illegals arrested by police should not be handed over to Federal authorities — the former Vice President took a leap and pledged he would be choosing his running mate based on gender alone.

When asked if he too would be choosing a woman as his Vice President, Bernie Sanders quickly pivoted back to the abortion issue, stating a woman has the right to choose. But, when pressed by moderators again, Sanders responded with, "In all likelihood I will."

Biden confirmed his statement the following day via Twitter:

My running mate will be a woman. #DemDebate

Many have pointed to wildly-unpopular Kamala Harris as the front-runner for this position; while she checks off many of the DNC's identity-based prerequisites, Harris does not carry much voting power even on the Democrat side, having pulled out of the race rather early (Dec. 3rd).

Others have begun pointing to the doomsday choice, Hillary Clinton, as the possible running mate. Why?

Predictions have been flying for the entire campaign about when/if Clinton would pop her head in, and this seems to be the most obvious avenue. Clinton has never ruled out a 2020 run, and as of recently still blames outside forces and Bernie Sanders for her 2016 loss.

There's no doubt Clinton would love to get back at Bernie, and her ties to Biden through the Obama Administration are pretty obvious as well.

A third choice could be Senator Amy Klobuchar, who seemingly submitted an unofficial application for the role by sucking up to Biden after the debate. Klobuchar faired relatively well in the primaries, and was one of the final candidates dropping out in early March, 2020. Her moderate stances could garner a lot of swing votes in a general election.

Bernie Sanders however did not take to the 'Twitterverse' to double down on a female VP, despite older video resurfacing that he said he would consider a female running mate:

Elizabeth Warren would be the most obvious selection if it weren't for the fact Sanders & Warren supporters strongly dislike one another, with Warren's claiming that the "Bernie Bros" engaged in a campaign of online harassment against them. Warren fans aren't the only group to make such a claim; a large Nevada union said they received the same treatment.

Nevertheless, Sanders supporters see Warren as not progressive enough, with a general view that she has stolen most of Bernie's ideas. Inversely, in addition to the above harassment claims, there's the issue that Sanders allegedly said a woman would never be President.

Unfortunately (for entertainment sake), Alexandra Ocasio-Cortez (AOC) is too young for the position at 30-years-old — she would need to be 35 in the case that she should have to take over the Presidency — which have left many to wonder if it could be Stacey Abrams, failed Gubernatorial candidate in Georgia.

No matter who the establishment picks for Biden's VP, possible choices are plentiful and may help him garner votes.

Itt may simply be too late for Sanders to even bother with a VP, risking backlash from his fragile fan-base if the candidate hasn't agreed with Sanders' policies in the past.