The leadership of the ongoing blockade on Alberta's Southern border in protest of the pandemic lockdown restrictions has a message for the Alberta government. 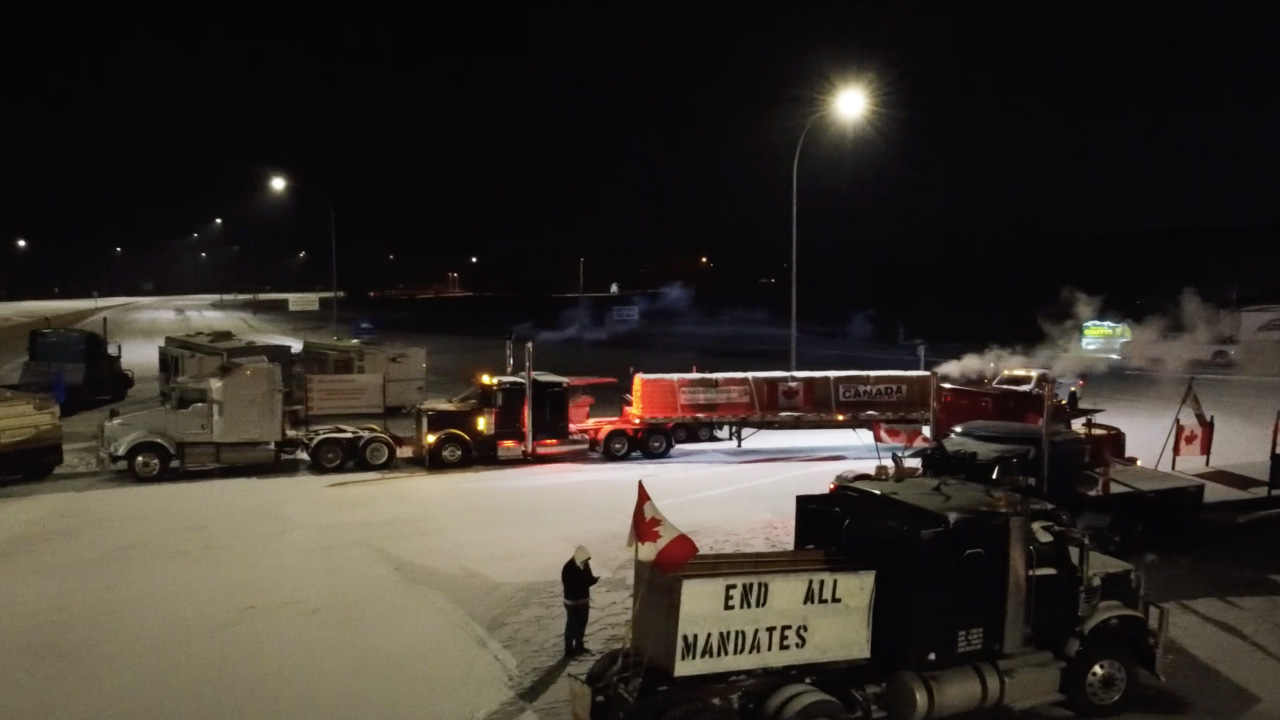 Update February 3, 2022: Truckers at the border blockade now tell Rebel News they have resolved to stay at Coutts. Earlier statements about ending the blockade were a miscommunication. Supportive protests are expected to happen in cities across Alberta including Edmonton.

But the protest isn't over. It's just moving to Edmonton, Alberta — Premier Jason Kenney's place.

The leadership of the ongoing blockade on Alberta's Southern border in protest of the pandemic lockdown restrictions has released a message for the Alberta government:

A Message from the Freedom Convoy,

For the last 6 days, we have peacefully protested the vaccine passport, forced masking, and vaccine mandates. Instead of hearing from our Premier Jason Kenney, he has instead accused us of violence and of harassing the good people of Coutts, Alberta.

Mr. Kenney and the Members of the Legislative assembly of Alberta: you couldn’t make it to us, we’re coming for coffee. Look forward to meeting you.

The border blockade is nearly a week old, after shadow convoy of truckers who could not make it to Ottawa with the Convoy for Freedom converged on the main border crossing between Alberta and Montana.

Truckers and farmers from the area and from across the prairies have parked their big rigs and tractors on the road to obstruct the free flow of traffic. Police have barricaded off the area, preventing supporters and those wishing to bring in supplies to the protesters from entering the site.

Rebel News has had two reporters, Kian Simone and Syd Fizzard, on the scene, embedded in the blockade since Sunday night. All of their reports are available at www.ConvoyReports.com.

Rebel News has also crowdfunded lawyer, Chad Williamson to represent the truckers in their negotiations with authorities. To offset their legal costs, visit www.TruckerLawyer.ca.