In an article written by not one, but three separate authors, the piece on publicly-funded NPR argues that your failure to use the right colour emoji in text messages could make you a racist. 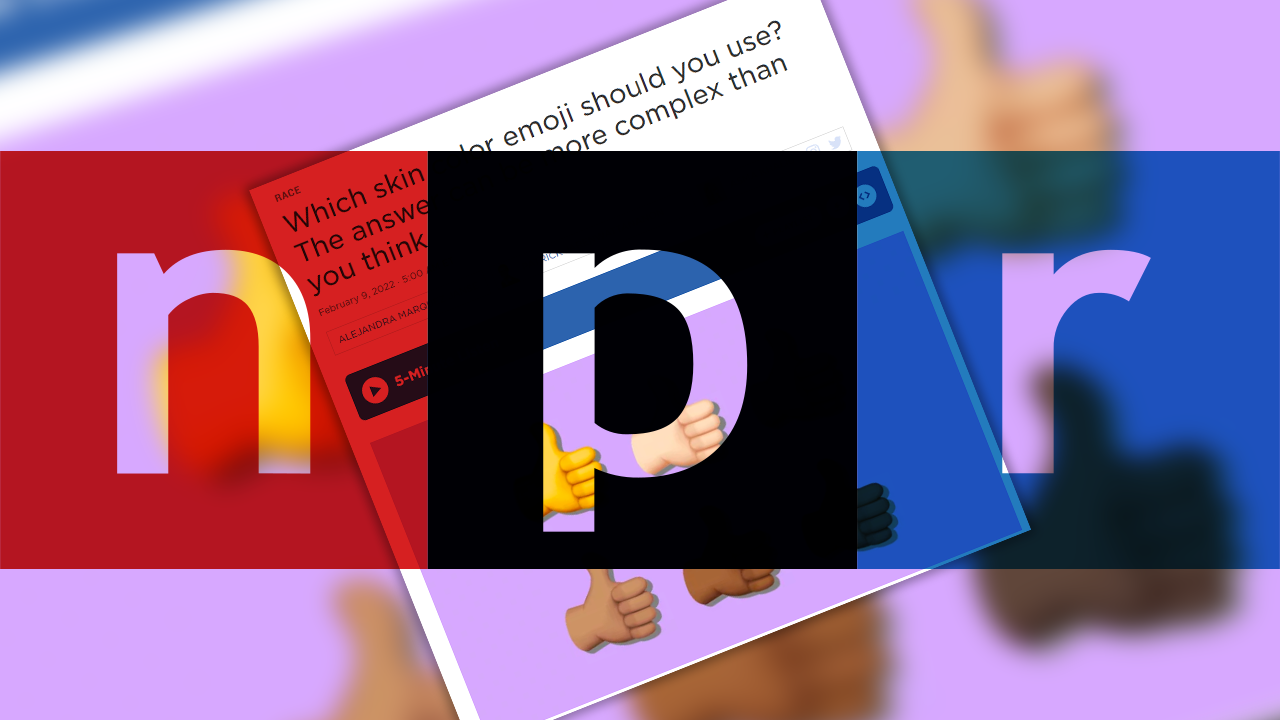 The skin tone of the emojis you use on social media now speaks to your level of privilege, and may in fact be cause for cancellation based on the colour of your own skin, if NPR has anything to say about it.

In an article written by not one, but three separate authors, the piece on publicly-funded NPR argues that your failure to use the right colour emoji in text messages could make you a racist.

The article, titled, “Which skin color emoji should you use? The answer can be more complex than you think” argues that choosing to use a Simpsons-coloured yellow emoji rather than a white, black or brown one is “the neutral option” that leaves your audience free to focus on the message and not your race.

The authors, Alejandra Marquez, Janse Patrick Jarenwattananon, and Asma Khalid, interviewed multiple people to quiz them on their use of coloured emojis (oh sorry, emojis of colour).

While no rational human being would immediately equate the use of emojis to race, we live in the age of hyper-progressive wokeness, where people don’t have enough problems in their day-to-day lives and feel the need to manufacture new problems to deal with.

One of the interviewees told the authors, “I present as very pale, very light skinned. And if I use the white emoji, I feel like I’m betraying the part of myself that’s Filipino.”

“But if I use a darker colour emoji, which maybe more closely matches what I see when I look at my whole family, it’s not what the world sees, and people tend to judge that,” the interviewee added.

Newsflash. No one tends to judge that, and all perceptions of racial bias are clearly projections in part of the race-obsessed interviewee.

The article goes on to suggest that choosing a specific colour emoji “can be a simple texting shortcut for some, but for others, it opens a complex conversation about race and identity.”

Can you imagine telling your spouse to pick up some groceries while on the way from work in a text message, only to open up a “complex conversation about race and identity” because you used the wrong colour emoji. I can’t, but the authors simply can, and do, and encourage others to imbibe in the mental illness juice they seem to be drowning in.

Speaking to Sarai Cole, an opera singer in Germany, Cole told the authors, “I have some friends who use the brown ones, too, but they are not brown themselves. This confuses me.”

“She was not offended when a non-brown friend used a dark emoji”, the article claims, noting that she “would like to understand why.”

“Zara Rahman, a researcher and writer in Berlin, argues that the skin tone emojis make white people confront their race as people of colour often have to do,” the article continues, noting that the researcher claims that emojis are giving us a place “to think about who we are, and how we want to represent our identities, and maybe it does change depending on the season; depending on the context.”

I don’t even know what that means, and nor does much of the Internet, which was quick to lambast the publication for the ridiculous racialization of emojis.

“What colour emoji should Trudeau use,” Ron DeSantis’ spokeswoman Christina Pushaw quipped, referring to the Canadian prime minister’s repeated use of black face and brown face, as detailed by Rebel News.

what color emoji should Trudeau use

“Incredible that it took *three* NPR employees to write something this stupid,” wrote journalist Christopher Rufo.

Incredible that it took *three* NPR employees to write something this stupid. pic.twitter.com/8KtXWN0sIz

The only emojis relevant here are 🤡🌎 https://t.co/IFgGs0L40n