Trudeau's election cops demanded the plans for my book #TheLibranos — so I sent them THIS!

Yesterday, my lawyers received another threat letter from Justin Trudeau’s elections police. They demanded that I hand over all of my private notes and files relating to my best-selling book, “The Libranos”.

That’s an illegal demand, of course. We have freedom of the press in Canada and privacy laws too. We’re allowed to write books that criticize the prime minister. This isn’t Iran or China.

But here’s the thing. When I met with Trudeau’s elections police a few weeks ago, I asked them to make me a deal — that if they were planning to raid our Rebel News offices for documents, that they’d simply send me or my lawyers a request for our records, and we’d deal with it in court.

And they refused. They refused to rule out an actual police raid on my office.

And then yesterday they sent an e-mail to my lawyers demanding that I hand over any relevant documents “as soon as possible”. (You can see that email at SaveRebelNews.com.)

So I made a video, which you can see above, describing the latest demands from Trudeau’s elections police — and showing how they refused to rule out a police raid.

So what would you do? Would you give Trudeau your private editorial notes? Your business plans?

So I made a decision. I sent our key document — it’s marked “top secret” — to Trudeau’s police. (You can see it at SaveRebelNews.com.)

Trudeau’s elections police have been demanding my private editorial notes and business plan for my best-selling book, The Libranos. They’ve now demanded my records four times, and yesterday said my time’s up. So here’s what I sent them. More details at https://t.co/IEPzffheTC pic.twitter.com/cbxgcSMccj

Just like Trudeau’s respect for the Charter of Rights and Freedoms is a joke.

It’s the “top secret” plan for my book.

It’s a cartoon, so Trudeau can understand it. 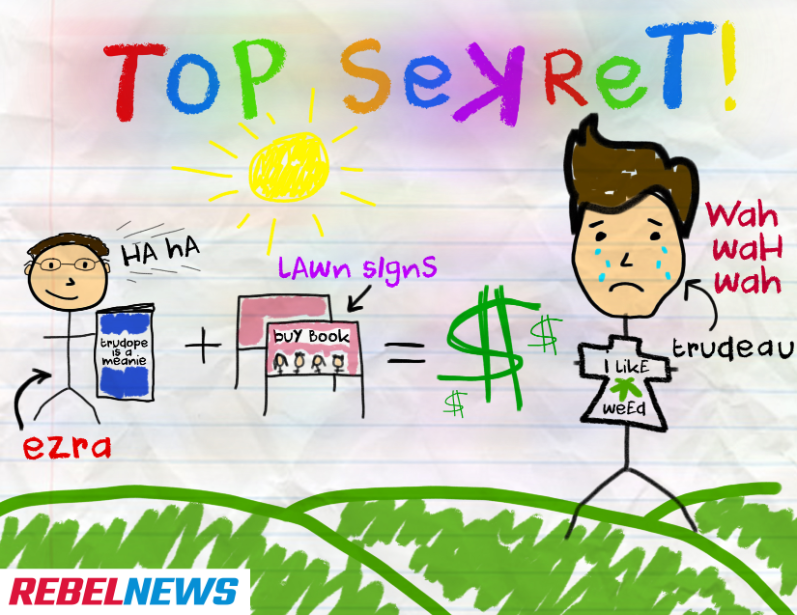 Did you think I was going to hand over my private editorial notes to these bullies?

I’d go to jail first. And maybe I will. But not without the fight of my life.

It’s about to get real now. But we’ve lawyered up — the same lawyers we used to beat Trudeau when he banned our reporters from covering the election debates last year.

You know what? We’re going to win. I just need your help to cover my legal bills — please click here to chip in, if you can.

This is heavy stuff. Free speech in jeopardy, police bullying, illegal searches and seizures. So it’s up to us now. Help me do the serious work.

And then have a laugh with me, because we still have the right to laugh, don’t we?

Thanks, my friends. Now let’s go fight and win. 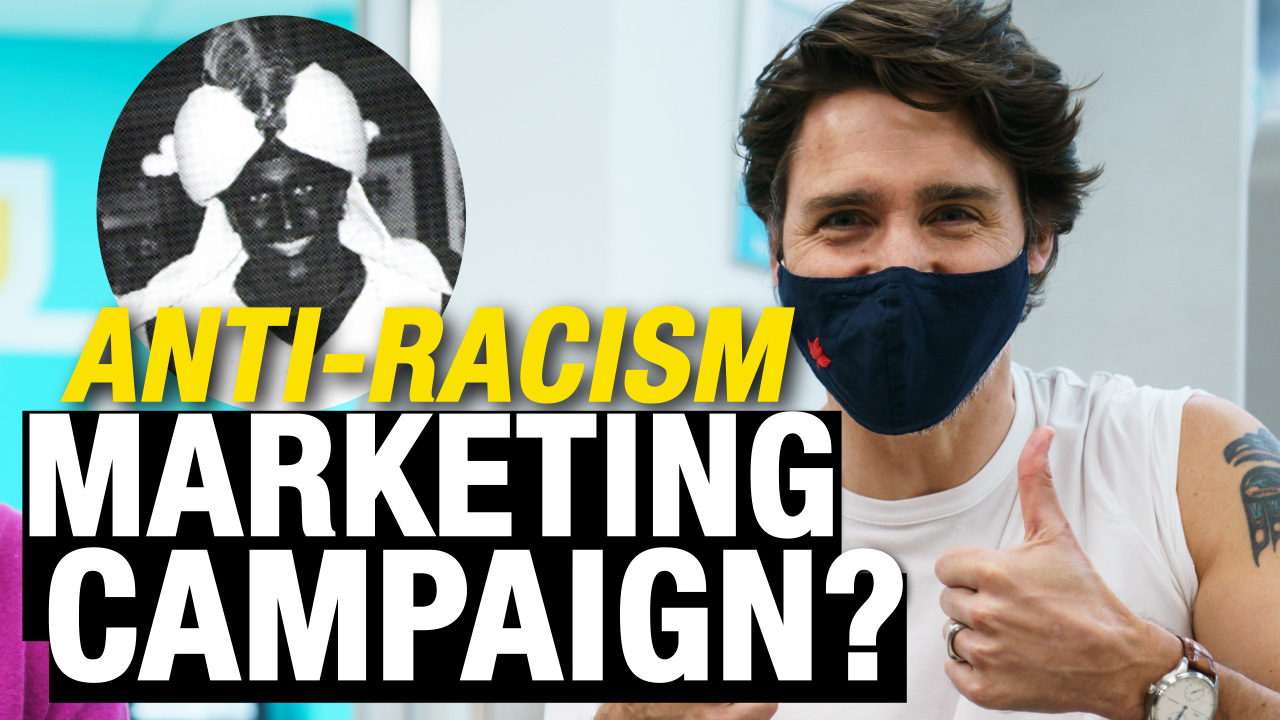