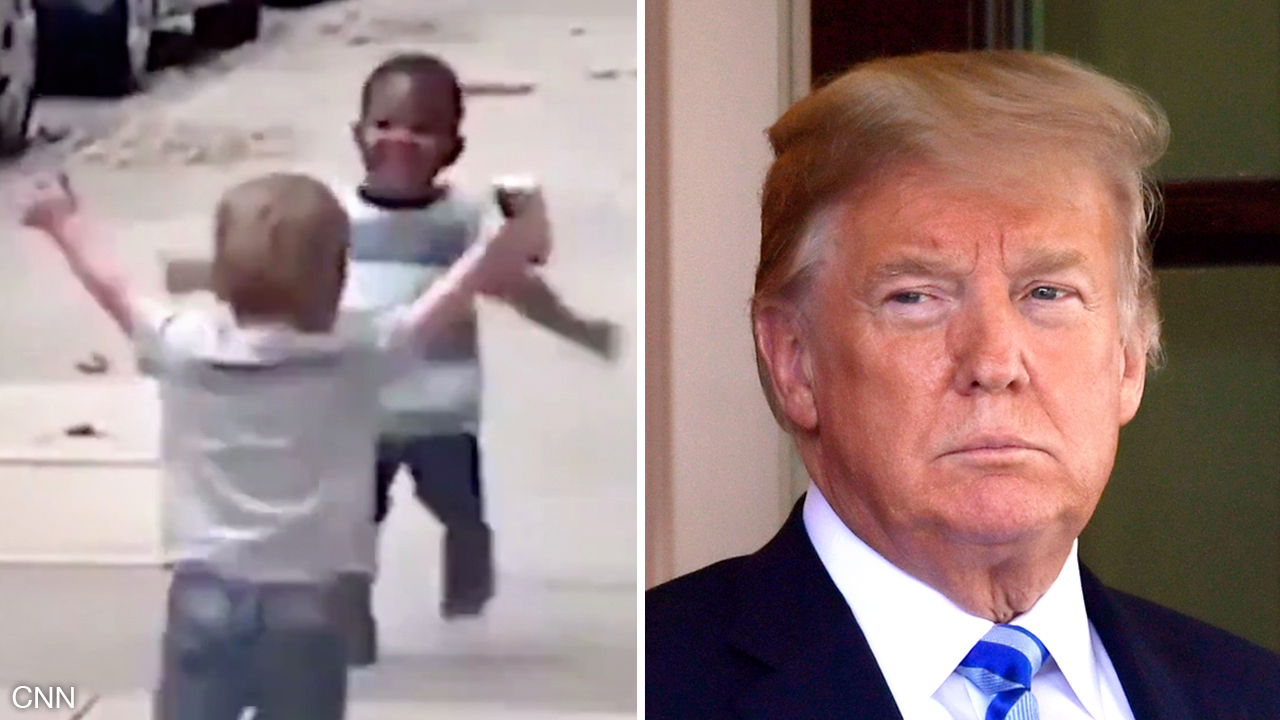 Twitter is doubling down on its efforts to delegitimize the Trump presidential campaign with the addition of a “manipulated media” tag on certain content posted by President Donald Trump.

On Thursday, the US President tweeted out a meme video produced by avid Trump supporter Carpe Donktum that showed a video of two children— one black, one white — running towards each other to embrace.

The video included a fake CNN overlay and chyron with the words, “terrified toddler runs from racist baby,” made in response to the mainstream media’s recent attempts to divide the American public by stoking racial hatred in the wake of widespread anti-police protests.

Trump’s video showed the black child appearing to run away from a white child as anxiety-inducing music plays in the background as the chyron switches to say, “Racist baby probably a Trump voter.”

The video then switches to show, “what actually happened” with a change in music as the two toddlers are shown to run towards each other and eventually hug, and ends with the words, “America is not the problem. Fake news is.”

Two hours after it was uploaded, CNN’s Jim Acosta announced that, “Twitter labels this Trump tweet as ‘manipulated media’,” becoming an official Twitter story that read: “Video being shared of CNN report on toddlers is doctored, journalists confirm,” detailing the work of satire.

It is not the first time that one of President Trump’s tweets has been flagged as “manipulated media.” Twitter previously hid one of his posts, stating that it, “violated the Twitter Rules about glorifying violence,” and had also labeled two of the president’s tweets with a fact check on mail-in ballots.