Despite the lack of support from his western counterparts, Zelensky remained firm against Russia’s actions, stating that 'we are not afraid.' 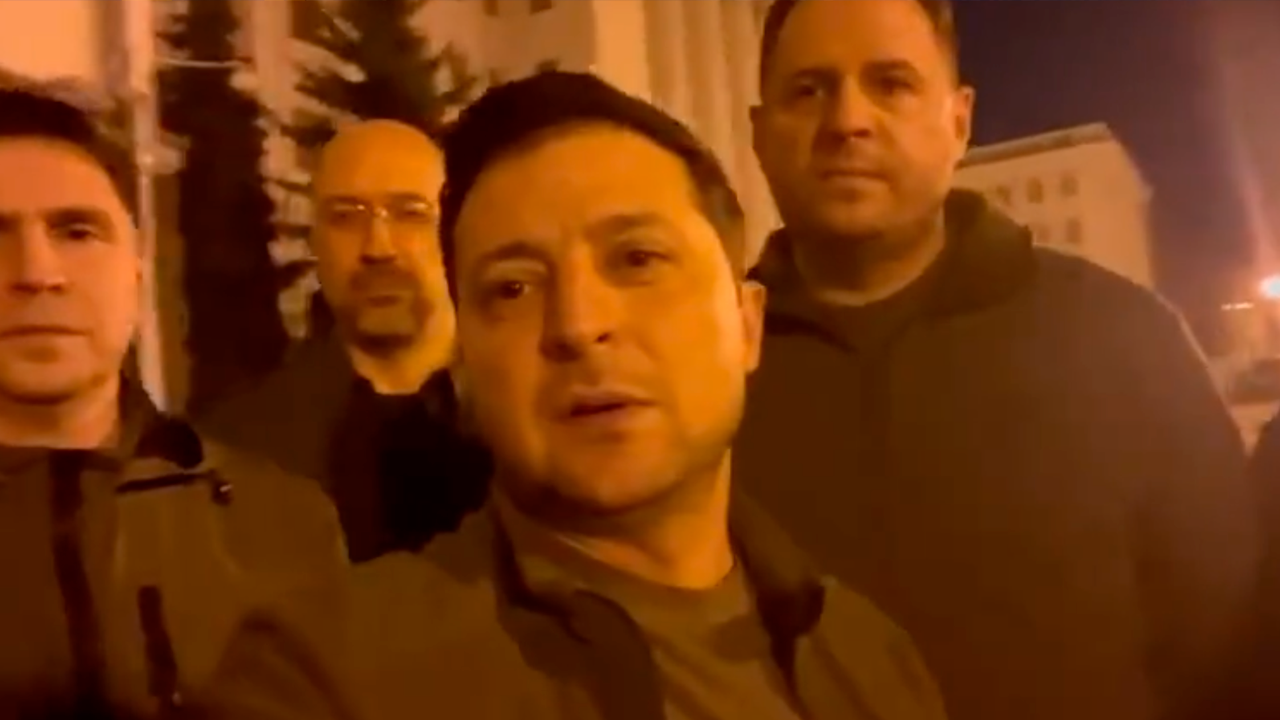 “This morning we are defending our state alone. Like yesterday, the world’s most powerful forces are watching from afar,” Zelensky said, Fox News reported. “Did yesterday’s sanctions convince Russia? We hear in our sky and see on our earth that this was not enough.”

The Ukrainian president asked what he needed to do to receive support from NATO. "Today, I have asked 27 European leaders whether Ukraine will be in NATO. I have asked directly - everyone is afraid, no one answers,” he said.

Despite the lack of support from his western counterparts, Zelensky remained firm against Russia’s actions, stating that “we are not afraid.”

Zelensky’s remarks come as Biden said on Thursday that “no one expected the sanctions to prevent anything from happening.”

On Thursday, Zelensky said he was prepared to arm anyone who would take up arms against the Russians.

“We will give weapons to anyone who wants to defend the country. Be ready to support Ukraine in the squares of our cities,” Zelensky said in a statement. “We will lift sanctions on all citizens of Ukraine who are ready to defend our country as part of territorial defense with weapons in hands.”

On Friday, Ukrainian officials confirmed that multiple missile strikes had hit Ukraine’s capital city of Kiev, but the extent of the damage remains unclear. The fighting has intensified throughout the evening as Russia renewed its offensive in the cities of Kiev and Mariupol.

Despite intensifying battles, the Ukrainian president says he remains committed to defending the city. In a video recorded on the street, Zelensky refuted reports that he had fled the country.

“We are here. We are in Kyiv. We are defending Ukraine,” he said.

⚡️Ukraine’s Zelensky posts a new video of himself and his team outside the presidential administration in Kyiv’s government quarter after rumors in Russian media that he’d fled. “We are here. We are in Kyiv. We are defending Ukraine.” pic.twitter.com/bgHyrsbVFs