U.S. truckers plan to descend on Washington D.C. in protest convoys ahead of Biden's State of the Union

'We're not coming there just to starve them,' an organizer reportedly said. 'We're going to choke you like a boa constrictor and you'll have nothing.' 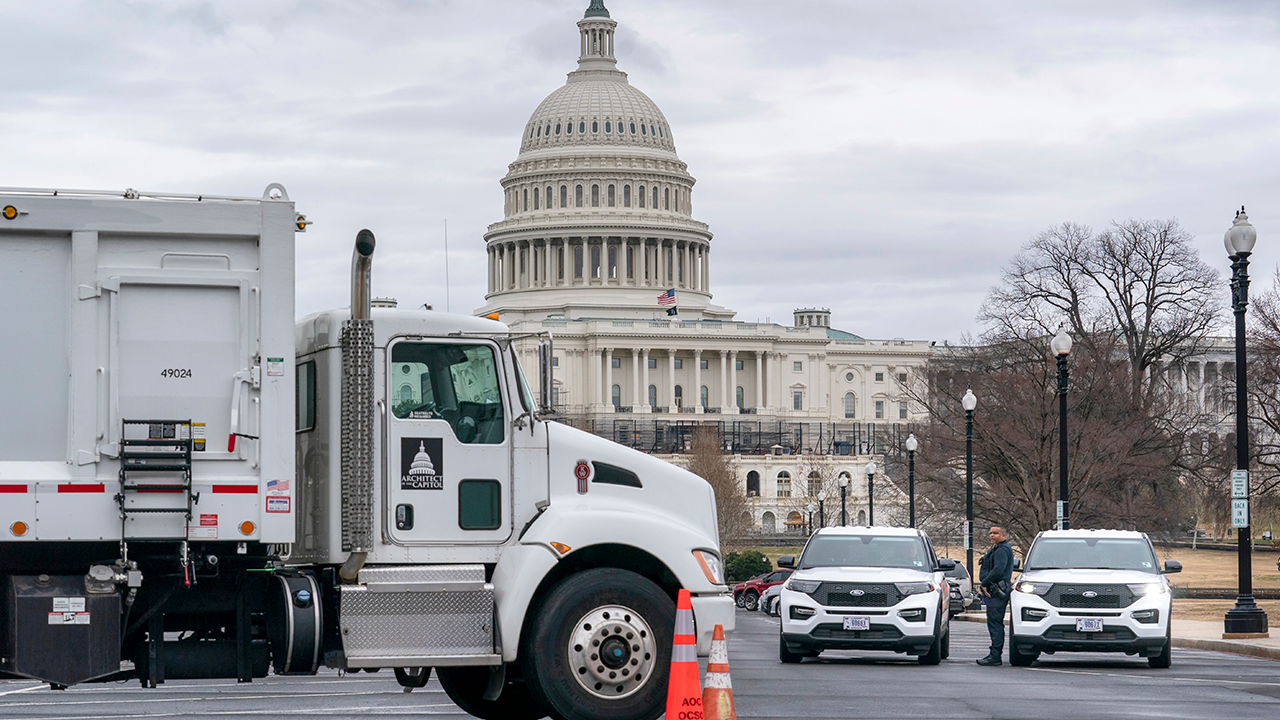 Days after the Trudeau government in Canada invoked the Emergencies Act to end the “Freedom Convoy” trucker-led protests in Ottawa, truck drivers in the United States have announced plans to partake in a similar convoy to Washington D.C. ahead of President Biden’s State of the Union address on March 1.

Police in the district are expected to deploy civil disturbance units in preparation for the possible trucker convoys that could cause major gridlocks in the area, WUSA9 reported.

One of the organizers, Bob Bolus, who owns a trucking company in Scranton, Pennsylvania, says he planned on starting his convoy to D.C. on Wednesday morning. Bolus stressed that the demonstration would be peaceful but outlined the major disruption the trucks could cause on the Capital Beltway.

“We're not coming there just to starve them,” Bolus reportedly said.  "We're going to choke you like a boa constrictor and you'll have nothing."

Speaking to the news channel, Bolus listed a variety of issues the truckers were protesting, including vaccine mandates, trucker rights, increased fuel prices and taxes, and critical race theory.

“We're leaving lanes open for emergency vehicles, and we're sending a message to the people in D.C. that you voted for these people,” he said.

A previous truck convoy that was tentatively announced for the Super Bowl failed to materialize, but U.S. Capitol Police said authorities are aware of the plans for convoys to arrive around the State of the Union address.

“The United States Capitol Police and the United States Secret Service have been closely working together to plan for the upcoming State of the Union,” the statement read. “The temporary inner-perimeter fence is part of those ongoing discussions and remains an option, however at this time no decision has been made.”

The would-be convoy has prompted one Democrat lawmaker to call for the trucks of participating protesters to be seized by the U.S. government.

“Perfect time to impound and give the trucks to small trucking companies looking to expand their business,” said Democrat Rep. Ruben Gallego (D-AZ) in response to a news headline: “Trucker convoy could shut down D.C. Beltway tomorrow.”

“Law enforcement agencies in Maryland, Virginia and D.C. are monitoring what could be a number of trucker convoys coming to D.C.,” an NBC Washington report said. “Truckers apparently spurred on by the recent protests in Canada want their voices heard, but the extent of the protests and how disruptive they may be is still unclear.”

Perfect time to impound and give the trucks to small trucking companies looking to expand their business. https://t.co/1pHURh0hbr

Gallego’s demand was not well met by conservative voices on social media, who slammed the Democrat for following Trudeau’s lead.

“Typical Democrat. Never pass up a chance to steal what other people have earned,” said author Mike Partyka.

Claremont Institute fellow Jon Schweppe wrote, “At least the fascists are out of the closet now.”

Many others pointed out how seizing the protesters’ trucks would be in direct violation of the Fourth Amendment of the U.S. Constitution, which states that “The right of the people to be secure in their persons, houses, papers, and effects, against unreasonable searches and seizures, shall not be violated.”