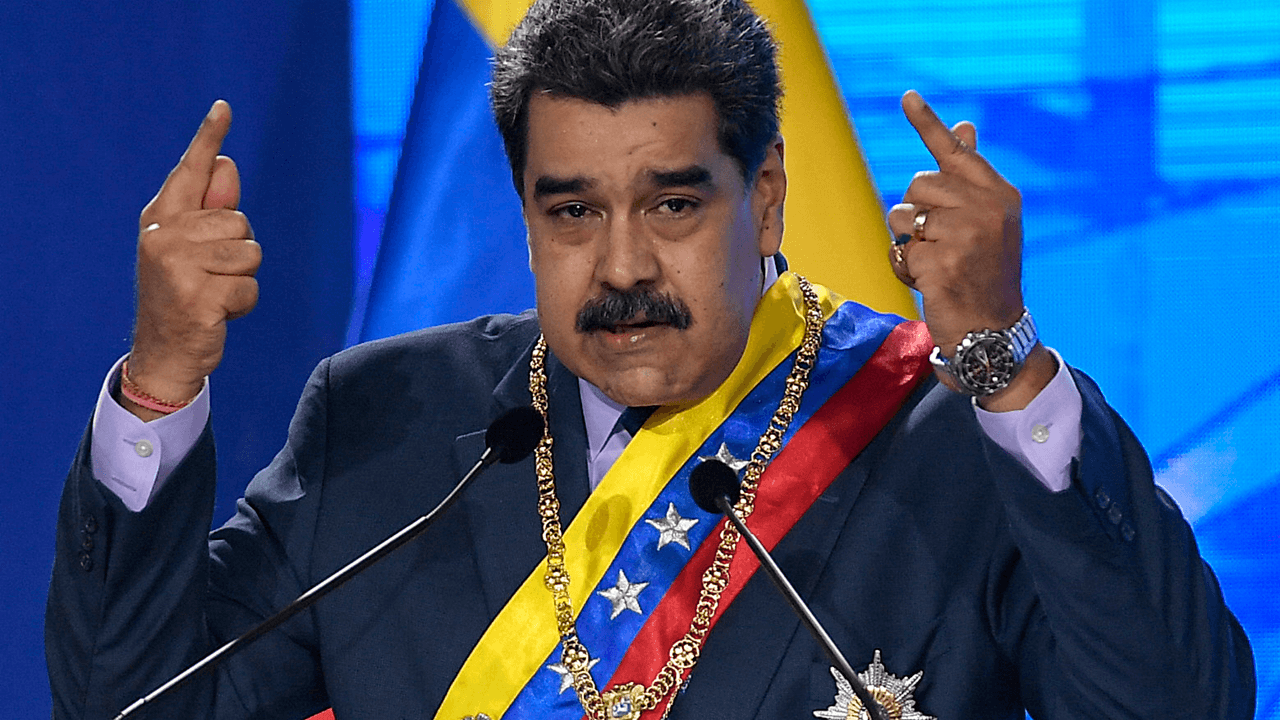 The socialist regime in Venezuela arrested a top rival to President Nicolás Maduro and surrounded the home of Venezuelan opposition leader Juan Guaido on Monday. The move to clamp down on opponents to the socialist regime came a day after pro-freedom demonstrators protested Cuba’s communist government, with which the Venezuelan regime is closely aligned, on Sunday.

Guaido said that the men who came after him set off an explosive and pointed rifles at him as they arrested Freddy Guevara, whom Bloomberg describes as a “top lieutenant” to the opposition leader. Guevara, a former vice president of the national assembly and second in command in Guaido’s party, was arrested while livestreaming from his car on a Caracas highway.

“Guaido, who spoke to journalists after the government agents left, confirmed that [former opposition deputy Freddy] Guevara was forced to get out of his vehicle at the Prados del Este highway in the country’s capital and that the opposition did not know where he is,” the Miami Herald reported.

On Instagram, Guevara posted a video showing himself inside his vehicle when armed men forced him to exit the vehicle. According to Venezuelan Public Prosecutor Tarek William Saab, Guevara is being  charged with terrorism and attacking the constitutional order, and treason.

The raids were performed just as the Biden administration lifted several sanctions on the socialist regime, prompting Florida Sen. Marco Rubio to remark that “At the very moment the #MaduroRegime was abducting one prominent member of the opposition & surrounding the home of @jguaido trying to abduct him the Biden Administration was announcing it was removing a sanction on the regime in #Venezuela.”

At the very moment the #MaduroRegime was abducting one prominent member of the opposition & surrounding the home of @jguaido trying to abduct him the Biden Administration was announcing it was removing a sanction on the regime in #Venezuela https://t.co/BvDGEYJ8gy pic.twitter.com/WXO3wtdAP8

“We strongly condemn the arrest of Venezuelan Congressman Freddy Guevara and threats against Interim President Juan Guaido in Venezuela. We urge the international community to join us in condemning these acts and demanding the release of all those detained for political reasons,” Julie Chung, Acting Assistant Secretary for U.S. Department of State’s Bureau of Western Hemisphere Affairs, said on Twitter.

Guaido’s office circulated two videos which they said showed the incident in Guaido’s basement. The videos show at least two men with bulletproof vests and balaclavas approaching a car, pointing assault rifles. Guaido is sat in the passenger seat. One of the men opens the driver’s door and forces the driver onto the ground, yelling “Get out!,” the videos show. Venezuela’s information ministry did not respond to a request for comment.

Rubio said that the raid was “not a coincidence,” tying the arrest to the anti-communist protests in Cuba and the Venezuelan regime’s fear that it might spread. “All interrelated,” he said.

Images of Maduro thugs in the garage of the building where @jguaido lives. His wife reports they have come to abduct him.

This is no coincidence, this is directly related to ongoing events in #Cuba #Venezuela https://t.co/lWCXercFtn