'This decision sets the record straight about the justifiability of his actions and about the importance of respecting Charter rights and freedoms,' Stephens' lawyers from the Justice Centre for Constitutional Freedoms wrote in a press release Tuesday afternoon. 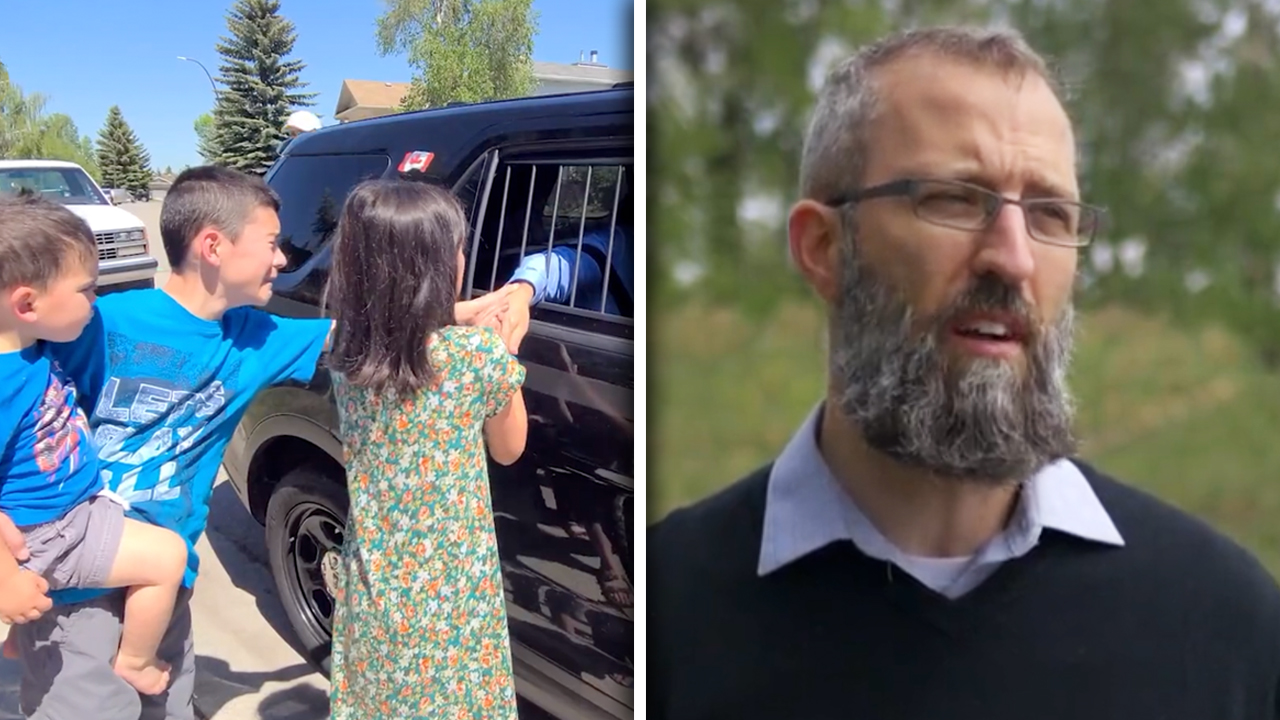 Stephens came onto the radar of Alberta Health authorities and police after refusing to restrict his congregation to comply with provincial covid restrictions on places of worship. Pastor Stephens spent a combined 21 days in jail and was served with six separate tickets for breaching health orders. Four tickets were dropped previously.

Tuesday, he was acquitted on charges of violating health restrictions requiring physical distancing.

As Pastor Tim Stephens lead worship today dozens of officers were on the scene. His arrest seemed imminent, but not long after @RebelNewsOnline arrived the police cleared out.

The Calgary pastor of Fairview Baptist Church was first arrested on May 16, 2021, for allegedly violating the terms of an Alberta Health Services injunction brought against a completely unrelated third party, Chris Scott of the Whistlestop Cafe, restricting Scott's right to protest covid restrictions that closed his business in Mirror, Alberta. Stephens was held for three days in the Calgary Remand Centre before his release.

Pastor Tim Stephens and his family have been cornered by @CalgaryPolice following worship today. @RebelNewsOnline pic.twitter.com/8OBowjhMHY

Pastor Stephens was again arrested on June 14, 2021, for having allegedly conducted an outdoor church service violating a court order.

Pastor Tim Stephens and his family have been cornered by @CalgaryPolice following worship today. @RebelNewsOnline pic.twitter.com/8OBowjhMHY

As a result of that arrest, Stephens spent an additional 18 days in jail before being released on July 1, 2021.

The crowd is chanting for Pastor Tim Stephens to be released.

A statement issued by JCCF read:

“We are pleased that the Court has acquitted Pastor Stephens on the charges of not complying with a public health order. Pastor Stephens was illegally arrested and imprisoned for having allegedly violated the Public Health Orders, which have since been shown to be ineffective and harmful. This decision sets the record straight about the justifiability of his actions and about the importance of respecting Charter rights and freedoms.”

Rebel News is petitioning the new Alberta Premier, Danielle Smith, to keep her word to end the covid prosecutions. To sign the petition and send her a friendly email reminding her of her promise, please visit www.LockdownAmnesty.com.