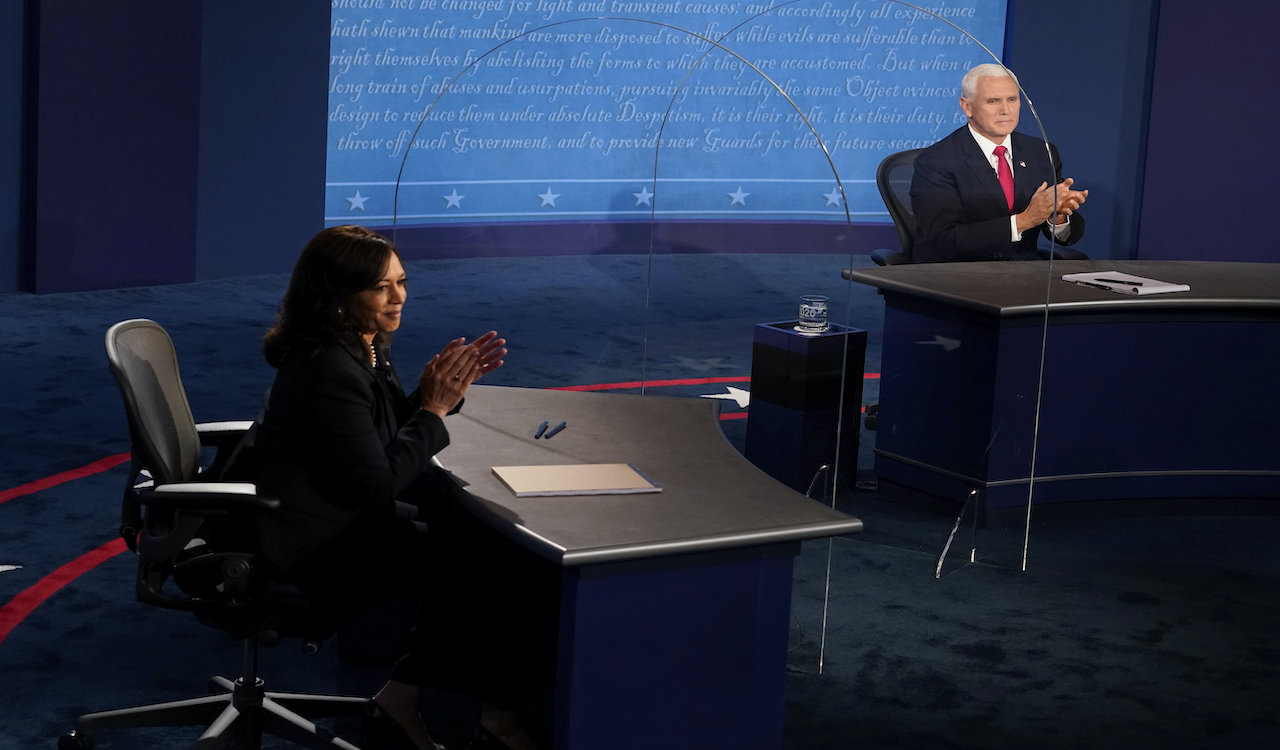 Following the debate on Wednesday night between Vice President Mike Pence and Senator Kamala Harris pollster Frank Luntz told Fox News that Pence was the winner of the debate, stating that voters were turned off by Harris' “condescending” and “abrasive” attitude towards the Vice President.

“The complaint about Kamala Harris was that she was abrasive and condescending,” stated Luntz, who polled reactions from swing states. “The complaint about Mike Pence was that he was too tired, but [he was] vice presidential, or presidential. If this is a battle over style and substance — which is often the case with undecided voters because they simply do not choose on policy, they also choose on persona — this was Mike Pence’s night.”

Voters said that they disliked the candidates evading questions, but overall they were more satisfied with the debate on Wednesday than the debate between President Donald Trump and Mike Pence on Sept 29, Luntz reported.

Luntz continued by saying that while voters were becoming irritated with the Vice President for repeatedly exceeding his allocated time, “Harris’ reactions to Pence — the smiling, the smirking, the scowling’ left them far ‘angrier’ with her performance,” Fox News reported.

Voters were “more agitated with Kamala’s presentation than they were with Mike Pence.” Luntz added.

During the debate Kamala Harris brought up prosecutions and how she intends to free people from Prison from marijuana charges. While Harris was District Attorney of San Francisco, she was responsible for prosecuting and imprisoning hundreds of primarily young black men on drug related charges.

Kamala Harris, but made up of all the people she prosecuted. pic.twitter.com/HazC1u9tjH

“I’ll be blunt with you. If there are no more presidential debates, then Joe Biden is the next president of the United States, and I have no hesitation in saying that. I know that there will be eruptions all over 1600 Pennsylvania Avenue,” Luntz said.

“Without that, Joe Biden can coast,” the pollster concluded. “[He] doesn't need to go to events. And he wins based on the current polling numbers. So Trump needs debates. However, I have faith in the presidential commission that they will do the right thing, and the people on that commission put their country ahead of their party, and that’s brilliant.”

As of Thursday, Trump had rejected the terms for the second debate, which called for a "virtual" platform in light of the president's  COVID-19 diagnosis.