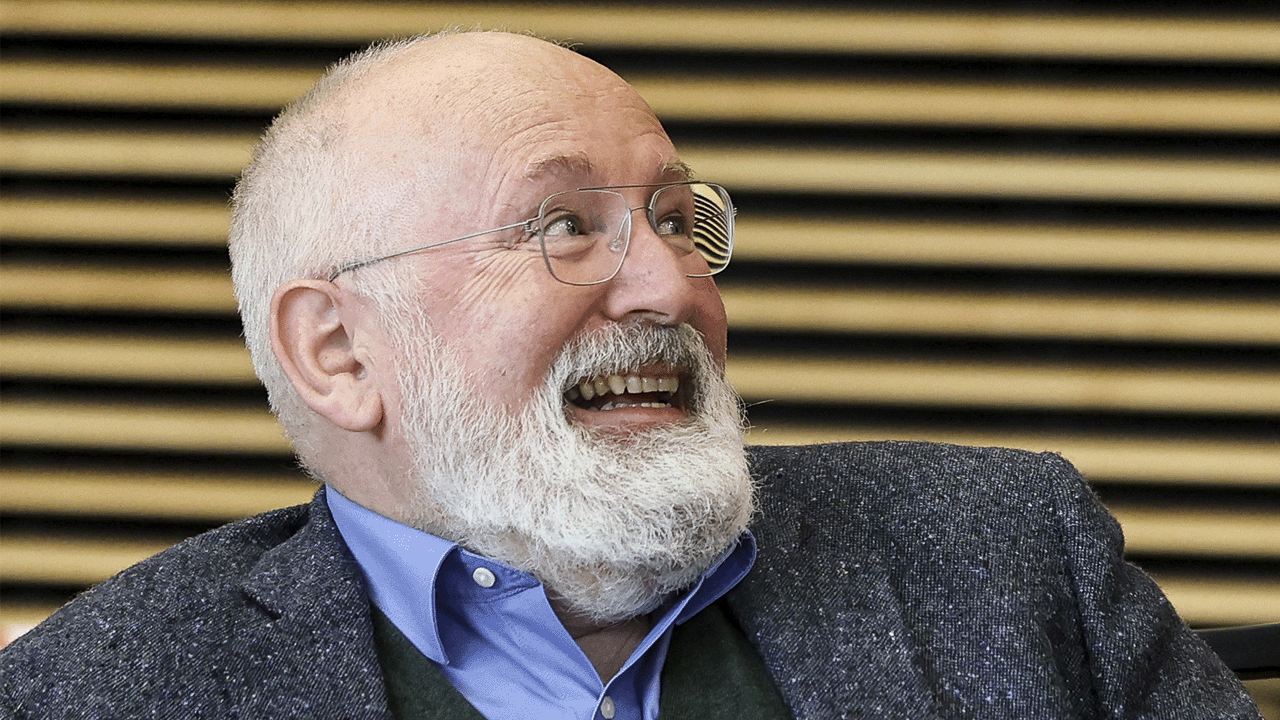 The vice-president of the European Commission says that Europeans must make sacrifices such as taking fewer showers and stop driving to work to help the war effort in Ukraine and stick it to Vladimir Putin’s war machine.

Frans Timmermans, the Dutch VP of the European Commission, made his remarks during an address to the European Parliament’s Environment Committee this week. The committee is responsible for Europe’s transition to green energy.

“Heat less, ride a bike and ventilate your clothes instead of washing,” said Timmermans in the address. He suggested that these sacrifices were necessary to support the economic bloc’s punitive measures against Russia, which have raised the cost of living for millions of Europeans.

Despite its efforts to hurt the Russian economy, Europe remains highly dependent on the import of Russian oil and gas. Sanctions on Russia have sent energy costs soaring in Europe.

As detailed by Summit News, Timmermans, who earns $250,000 a year from his European Commission salary, is not going to be personally affected by his calls for Europeans to sacrifice their living standards to help Ukraine.

His remarks were not entirely well-received by the audience. Edina Toth, MEP of Fidesz, asked:

“From May, it is forbidden to cool below 25 degrees in schools and public buildings in Italy, and to heat public buildings above 19 degrees in winter. At the beginning of the session, Timmermans asked citizens to turn off the heating in their homes. Is the EU initiating similar measures at European level? And do you want to prescribe how many degrees they want to heat the buildings? In practice, how do they want to control this?”

Timmermans responded by rejecting the portrayal of his calls for personal sacrifice as a demand, saying instead that he was simply asking nicely for his “fellow citizens that they too could do something to move less money into Putin’s pocket.”

Diederik Samsom, Timmermans’ chief of staff, stated, “Energy will be much more expensive as of now. Energy was way too cheap for the last 40 years.” Samsom argued that the previous quality of life was based on the “unsustainable” combination of Russian imports and environmental devastation, and called for Europeans to get with the program and give up the luxuries they’re used to for the sake of the planet.

“We have profited from it and created enormous wealth at the expense of planet Earth and, as we realise right now, at the expense of geopolitical imbalances [with dependency on Russia],” said Samsom. “Both need to be repaired. In order to repair them we need to pay more for energy – and also for food. The two basic needs of life – food and energy – we have paid way too little for in the past 40 years.”

To cope with the soaring costs of energy and water, Europeans can expect to take fewer showers in the summer and wear thicker sweaters in the winter for the years to come whether they like it or not. And of course, they should eat fewer meals. If you’re not half-starved, you’re not dedicated enough to defending democracy in Ukraine.