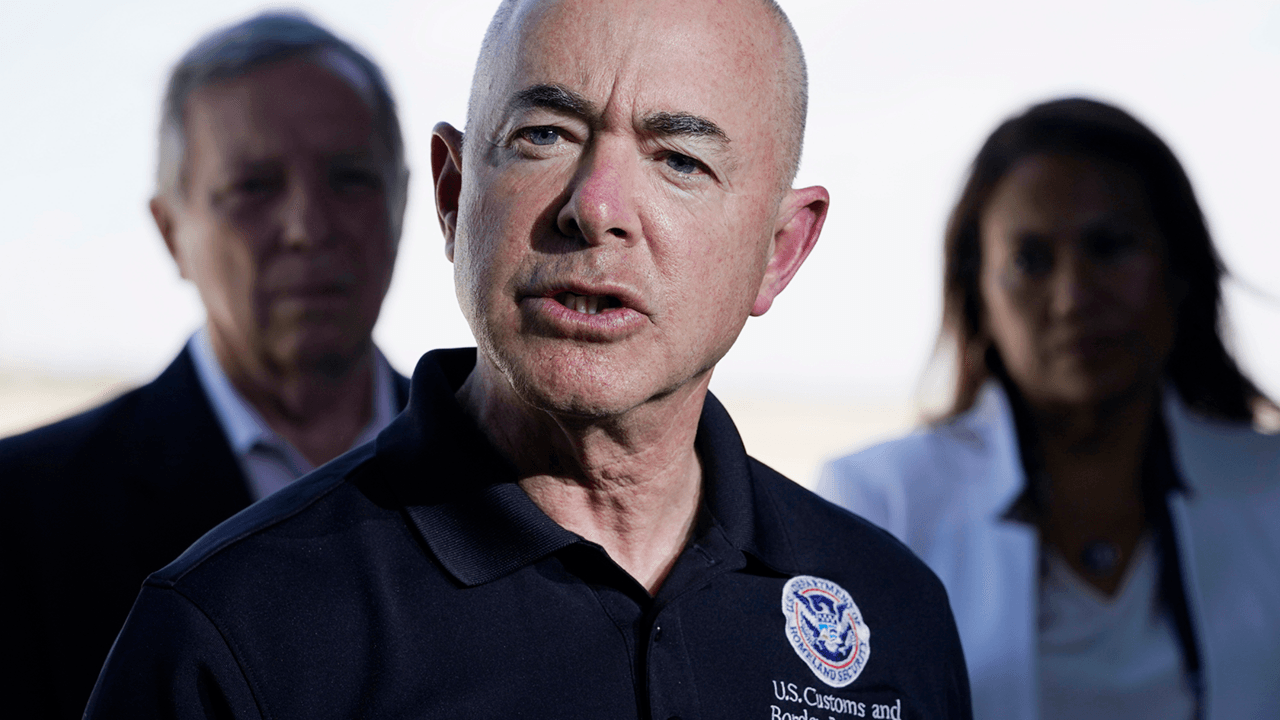 Department of Homeland Security Secretary Alejandro Mayorkas was caught saying the quiet part out loud about the border crisis. In a leaked recording obtained by Fox News, the DHS chief described the situation as “unsustainable,” adding that “we’re going to lose” if the “borders are the first line of defense.”

The audio of Mayorkas’ admission was reportedly captured during a visit to the border, when he was on site to observe the situation for himself.

“A couple of days ago I was down in Mexico, and I said look, you know, if, if our borders are the first line of defense, we’re going to lose and this is unsustainable,” said Mayorkas in a private meeting with border patrol agents, Fox News’ Bill Melugin reported. Melugin released the audio of the conversation. “We can’t continue like this, our people in the field can’t continue and our system isn’t built for it.”

Despite his dire remarks, Mayorkas appeared to reassure CBP agents that they can expect to see some change but emphasized that it was their responsibility to manage the situation.

“Mayorkas told the agents that the current border situation ‘cannot continue,'” Fox News reported Friday. “He said the federal government’s system was not designed to handle such an influx of migrants as the U.S. has seen in recent months and he was ‘very well’ aware that the sector recently came close to ‘breaking.'”

“It’s our responsibility to make sure that that never happens again,” Mayorkas stated in the leaked audio. “The extent of the challenge should not be understated, but nor should our ability to meet it.”

Amid the rise in illegal immigration, the Biden administration released a plan to tackle the situation — not by addressing the border itself, but by focusing on the “root causes” of migrants from Mexico and Central America. The solutions the administration proposed have been financial in nature.

The Biden administration’s efforts have not met with much success, and the numbers are not slowing down. In a typical year, immigration numbers typically decline during the summer months, but the flow of unaccompanied minors this summer has surged to record highs, with border patrol agents encountering nearly 900 children in a single day in July, US News reported.

Despite how the DHS has allowed the “Title 42” immigration provision to remain in place, expelling apprehended illegal immigrants without extensive processing over concerns that they could spread COVID-19, fewer than half of the 212,672 immigrants arrested under the provision were turned back.

Only 95,788 of these encounters resulted in a Title 42 expulsion.