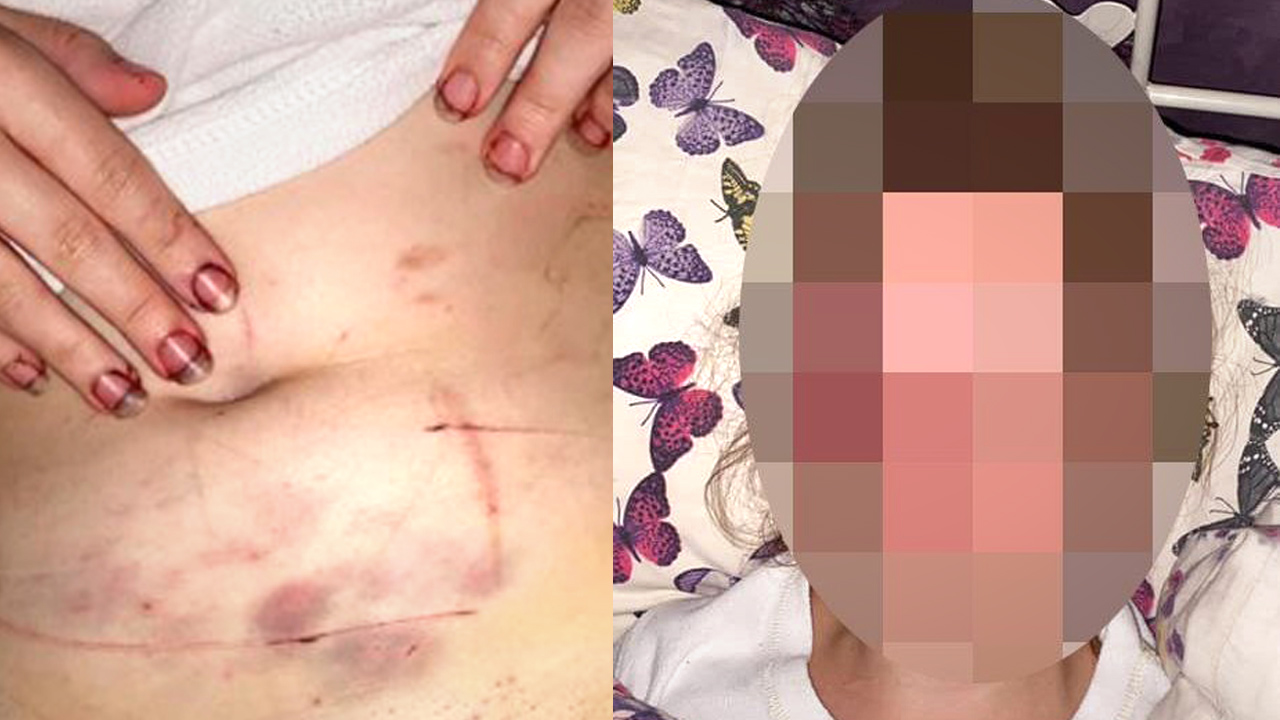 A 19-year-old girl was arrested in Cumbria, United Kingdom after reporting she had been brutally beaten and raped by a group of Pakistani men.

Reporting her ordeal on social media, with graphic images to corroborate her harrowing story of abuse, the teenager stated she had been a long-time victim of a grooming gang in her area, but had been beaten and raped in punishment for not having attended recent “parties” due to the coronavirus lockdown.

In the girl's social media post, she claimed she was put into a car and taken to an address so that three men could rape her.

“Afterwards I was beaten because I was in debt to these men for not attending ‘parties’ for over seven weeks due to coronavirus,” she wrote, continuing, “The organisers of the party decided to beat me to teach me a lesson. They decided that I don't learn from being battered as I've received beatings before.”

Disturbingly, the teen claimed her alleged abusers began to hack off one of her fingers as a punishment for “continuing to make the same mistakes.” The young woman posted a photo of her disfigured, bloodied finger in evidence, along with several other photos of her bruised, burned, and bloodied body.

Speaking to UK media, the Cumbria Police confirmed they had only made one arrest in relation to her report of rape and abuse – and that was of the girl reporting the incident. The young woman, who has not been named, was charged with “perverting the course of justice.” The details on why the police took this dramatic action are unknown.

Cumbria Police Detective Chief Superintendent Dean Holden stated, “When the question is asked ‘is there an organised gang of Asian men in Barrow conducting abuse or other exploitation against individuals?’ our investigation has shown that has not been corroborated or otherwise evidenced.”

However, the young woman claimed in her social media post that she had been a victim for years, covering up her abuse with stories and explanations, and considering suicide as a means to escape her horrific ordeal.

“I lost all my self-respect and didn't actually care if I was killed because at least then all this would be over. I know now that this has gone too far and everything is not ok. I have scars across my body that won't go away, but even worse I have memories that won't disappear.”

She wrote, “I am incredibly lucky not to be dead already. I thought the only way I could escape this life was to marry one of them, get pregnant or kill myself.”

In 2017, a report written by British-Pakistani researchers at the Quilliam Foundation claimed to have found that 84 per cent of predatory pedophilic grooming gang activity in the United Kingdom was perpetrated by those of Asian origin.

In January, a whistleblower in the Manchester Police claimed that grooming gangs had been allowed to continue known predatory activity because police feared “stoking racial tension.” These claims echo previous concerns from the infamous Rochdale child sex abuse scandal that a lack of action by police was due to a fear of racial prejudice against the majority-Pakistani perpetrators.

In 2019, 19,000 children were identified as exploitation victims of grooming gangs in England.