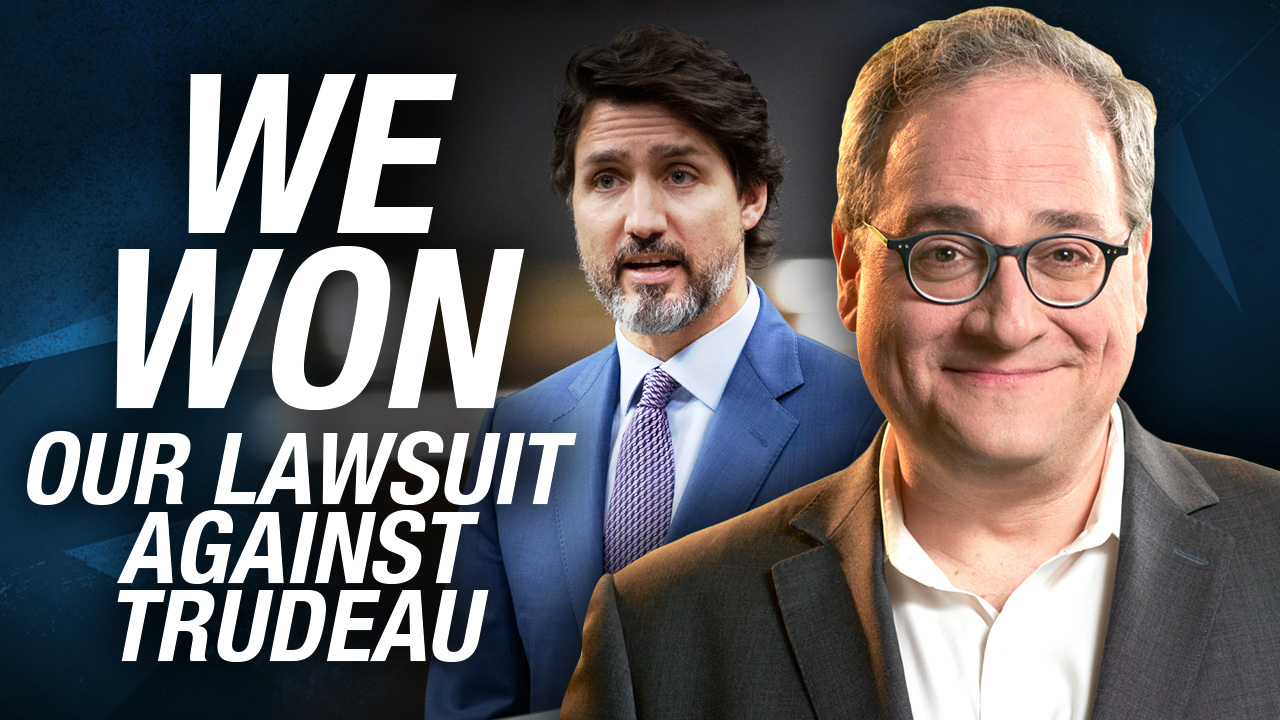 Moments ago the Federal Court of Canada issued its ruling on our emergency hearing yesterday (September 7).

Justice Elizabeth Heneghan agreed with us that Justin Trudeau’s hand-picked debates commission was wrong to have excluded our Rebel News reporters from attending the leaders' debates.

This was the second time Trudeau tried to censor us — he blocked us in the 2019 election, too, and the Federal Court ruled in our favour then, too.

By our count that makes it: Rebel News 2, Justin Trudeau 0.

Today’s win shows us that we must fight. Because even if it feels like a long shot, if you don’t take the shot, you’ll never score. Today we scored one for liberty.

Trudeau had seven lawyers fighting against us — all paid through taxpayers' money. We had to crowdfund our legal defence. (Congratulations to Chad Williamson, who beat seven Trudeau lawyers at once!) If you can help us, please donate to our legal fund.

Thanks for your support! And keep your eyes peeled for our reporters at the debates!

The Federal Court of Canada just granted us permission to have a 3-hour emergency hearing on September 7.

Trudeau is terrified that he’ll finally have to answer questions from real reporters who aren’t taking his bail-out money, so he has banned us - only us.

He’s a censor. He’s a bully. And if he gets away with this, he’ll do it again and again to any journalist he doesn’t like.

Freedom of the press truly is at stake. He’s being sneaky about it, too. Trudeau’s staff waited till the last possible moment to tell us we were banned, so we had the least possible time to react.

We had to scramble right before the long weekend.

But our lawyers worked non-stop and we’re ready — and today the court has heard the case! Please take a moment to read our lawsuit materials; they’re all here:

Our 17-page application to the court

Our 19-page notice of a constitutional challenge

Our 25-page memorandum of fact and law

You can also read the government's materials here:

Compendium of the Respondent

Our lawyers did impressive work, but they’re up against an enormous team of government lawyers, paid for with taxpayers' money.

You might be thinking, “didn’t this happen last time?” Yes: Trudeau banned us in the 2019 election and we rushed to court then too and the Federal Court agreed with us — issuing an emergency injunction forcing Trudeau to let our journalists in. It was a great victory for free speech and a tremendous rebuke to Trudeau’s increasingly authoritarian style.

But Trudeau doesn’t think the rules apply to him, so he’s doing it again.

Last time it cost us nearly $20,000 to rush to court — and Trudeau spent more than $250,000 fighting us, including sending five government lawyers to block us.

He’s using the same lawyers again — we recognize their names. They’re his censorship squad, tasked with doing whatever it takes to stamp out Rebel News.

But Trudeau’s not really coming for us. He’s coming for you. We’re just standing in his way.

Spread the Word!
Let Us Report Leaders Debates Commission
We use cookies to personalise content and ads, to provide social media features and to analyse our traffic. We also share information about your use of our site with our social media, advertising and analytics partners who may combine it with other information that you’ve provided to them or that they’ve collected from your use of their services. You consent to our cookies if you continue to use our website.
×