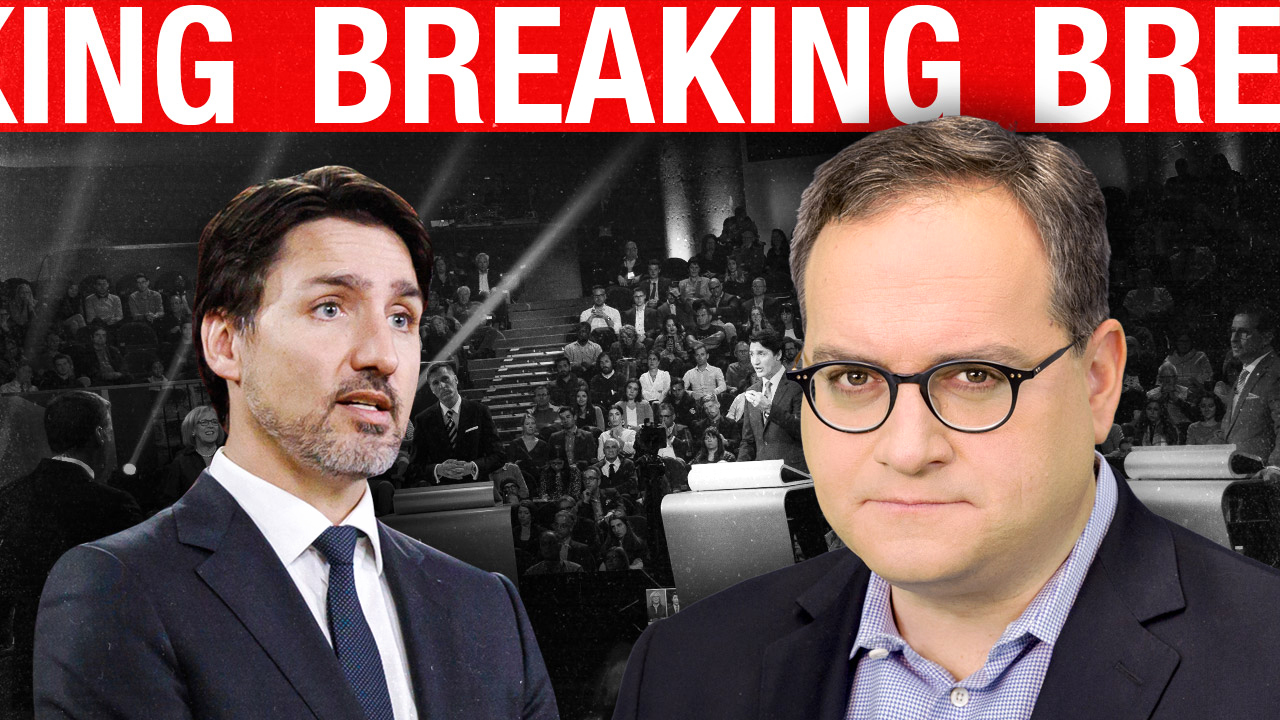 This very moment, I'm watching our two free speech lawyers — plus lawyers representing our allies at True North news — clashing with an army of Justin Trudeau’s government lawyers at the Federal Court of Canada.

It’s a repeat of the huge battle we fought last October, when Trudeau’s hand-picked election debates commission banned our reporters from attending the debates.

Back then, we raced to court, asking a judge for an emergency order compelling Trudeau to let us in. In a stunning rebuke to Trudeau’s censorship, the Federal Court sided with us, denouncing Trudeau’s ban as irrational and illegal, and letting our reporters in. Keean Bexte and David Menzies (and True North’s Andrew Lawton) made it to the debate on time, and asked the best questions of the night. It was amazing.

That battle cost us $18,000 in legal fees. And it later came out that Trudeau’s army of lawyers billed taxpayers a staggering $131,000 for the same trial. (How is that even possible?)

Well, we’re back in court RIGHT NOW. The court house is not open as usual because of the pandemic, so the hearing is being conducted over the video service called Zoom. But I’m watching Trudeau’s lawyers as we speak. (It’s very irritating.)

Why are we back in court? Because we need a full judicial review of Trudeau’s misconduct in the last election. Back in October, the court simply gave us an emergency order to get in to the debate that night — but that’s it.

We didn’t have a full review of Trudeau’s misconduct. We need a proper hearing to know how other journalists — bail-out journalists who take cash from the Liberals — helped blackball us behind the scenes. And most importantly: nothing has been changed going forward. This same Trudeau debates commission is preparing for the next election, which could come as soon as this fall. They’re still run by the same Liberal cronies, who hate us even more now.

So we’re in court today demanding a full judicial review. And Trudeau has sent a battalion of lawyers to stop that from happening. They say it’s “moot” — because the last election is over. They want to stop the Federal Court from fixing things permanently. And most of all: they don’t want anyone to see how they cooked up their last ban. They don’t want any of their secret machinations to see the light of day.

That’s why today’s hearing is incredibly important. Because this is our opportunity to stop Trudeau’s censorship in the future — and to expose how other pro-Trudeau journalists are involved in silencing independent voices like ours.

It is against the court rules for us to make a video record of what we’re watching on our screens. But we can tell you about it, and I promise I will give you a full report tonight.

But for now, just know that our lawyers are fighting hard against Trudeau and his lawyers.

And know that not a single mainstream media organization is in there with us. In fact, they’re all on Trudeau’s side.

If you want to help our free speech lawyers, please do. Our last hearing cost $18,000 and we won. But this battle is bigger — our lawyers estimate this entire battle will cost us $40,000.

Spread the Word!
Let Us Report Leaders Debates Commission
We use cookies to personalise content and ads, to provide social media features and to analyse our traffic. We also share information about your use of our site with our social media, advertising and analytics partners who may combine it with other information that you’ve provided to them or that they’ve collected from your use of their services. You consent to our cookies if you continue to use our website.
×