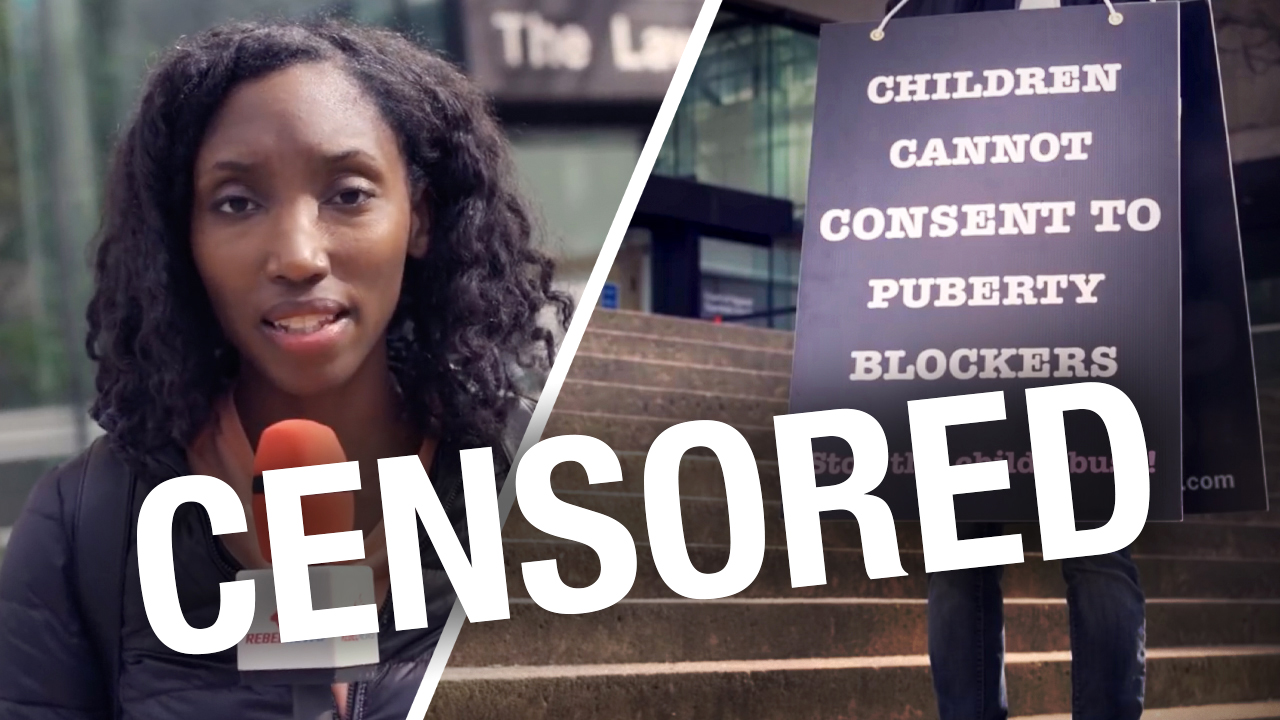 You may already know that with your help, we are challenging the rigid publication bans that have not only stifled my journalism on a matter of public interest, but have also been used to throw a concerned B.C. father in jail for speaking out after his child was prescribed cross-sex hormones, which can cause sterility, without his consent. What you don’t know is how hard our lawyer on the case, Kyle Bienvenu, has had to fight just to get the actual bans in order for us to review what is silencing both the father and myself.

The father, who I’m legally required to refer to as C.D., was denied bail after allegations were made that he breached the publication bans that prevent him from sharing his nightmare with the public. C.D.’s ordeal has garnered international attention, as he is now awaiting trial in criminal court for allegedly breaching another gag order that forbade him from referring to his own biologically female child, who suffers from gender dysphoria, as a “she,” or using the child’s birth name.

In today’s report, I ask Kyle to explain to us how such restrictions could be in place years after the child has already taken the prescribed hormones. We also discuss whether or not it is normal for so many publication bans and amendments to have been laid down in one case, in order to ensure that someone is not even able to show their own face when following their conviction to speak out about their experience.

The fact that so many restrictions are in place in order to prevent this father and Canadian journalists from informing the public of key facts surrounding this controversial imprisonment — like who the doctors are with the medical opinion that it is in the child’s best interest to take cross-sex hormones linked to sterility, before the portion of their brain responsible for decision-making is developed — is a blow to freedom of press.

Instead of just sitting and waiting to see how hard B.C.’s Supreme Court will come down on this father for speaking out at his trial on April 12, we are fighting to preserve freedom of press and freedom of speech in the judicial system.

We can’t do it alone, so please take up this expensive fight with us by donating above.

We are taking on a huge legal fight against the unreasonable B.C. court-ordered publication bans that have resulted in a B.C. father sitting behind bars, and our inability to effectively inform you about why his being there is one of the most controversial punishments we’ve seen in Canadian history.

I am legally bound to refer to the father as C.D. He is stuck in a Vancouver jail after allegedly breaching some of the silencing orders, a.k.a. publication bans, that prevent him from freely warning other parents about the circumstances surrounding his child, a biological female who now identifies as a transgender boy.

C.D is attempting to speak out about rapid onset gender dysphoria and the radical systems that came together to provide his child with cross-sex hormone treatments that can cause permanent physical damage, such as sterility, without his consent.

These bans haven’t just succeeded in officially silencing the father as he’s been cut off from society. They’ve also restricted myself and any other Canadian journalist who is brave enough to report on the potential harms associated with children suffering from rapid onset gender dysphoria being able to access such life-altering treatments.

Just like C.D., I could end up behind bars if I’m found guilty of breaching one of the many conditions of multiple gag orders involved in this case.

The amazing lawyer who we hired for the case, Kyle Bienvenu, says some of these orders have even been filed in secret, and are hidden from the public. Yet I’m expected to follow them anyways?

The intention of a publication ban is to prevent the publishing of “any information that could identify a victim or witness," not to facilitate the work of medical professionals who involve our children in controversial practices, nor to silence concerned parents who speak out about this issue.

I believe the B.C. courts are trying to set a new precedent for publication bans, one that activists whose views align with political correctness can use to their advantage to avoid important discussions on vulnerable children seeking medical transitioning and surgeries.

I need your help to fight this the right way, on behalf of all Canadian media. Please donate what you can, as this legal fight is already not a cheap one.

C.D. is also awaiting trial in criminal court for allegedly breaching another silencing order. This time, it’s a protection order that made it illegal for him to refer to his own child as a “she,” or by the child’s birth name.

I will be there to report on this next month, and I hope with your financial support, I’ll be able to bring you the full story.

Spread the Word!
Press Freedom Let Us Report Protect Kids B.C. Publication Ban
We use cookies to personalise content and ads, to provide social media features and to analyse our traffic. We also share information about your use of our site with our social media, advertising and analytics partners who may combine it with other information that you’ve provided to them or that they’ve collected from your use of their services. You consent to our cookies if you continue to use our website.
×