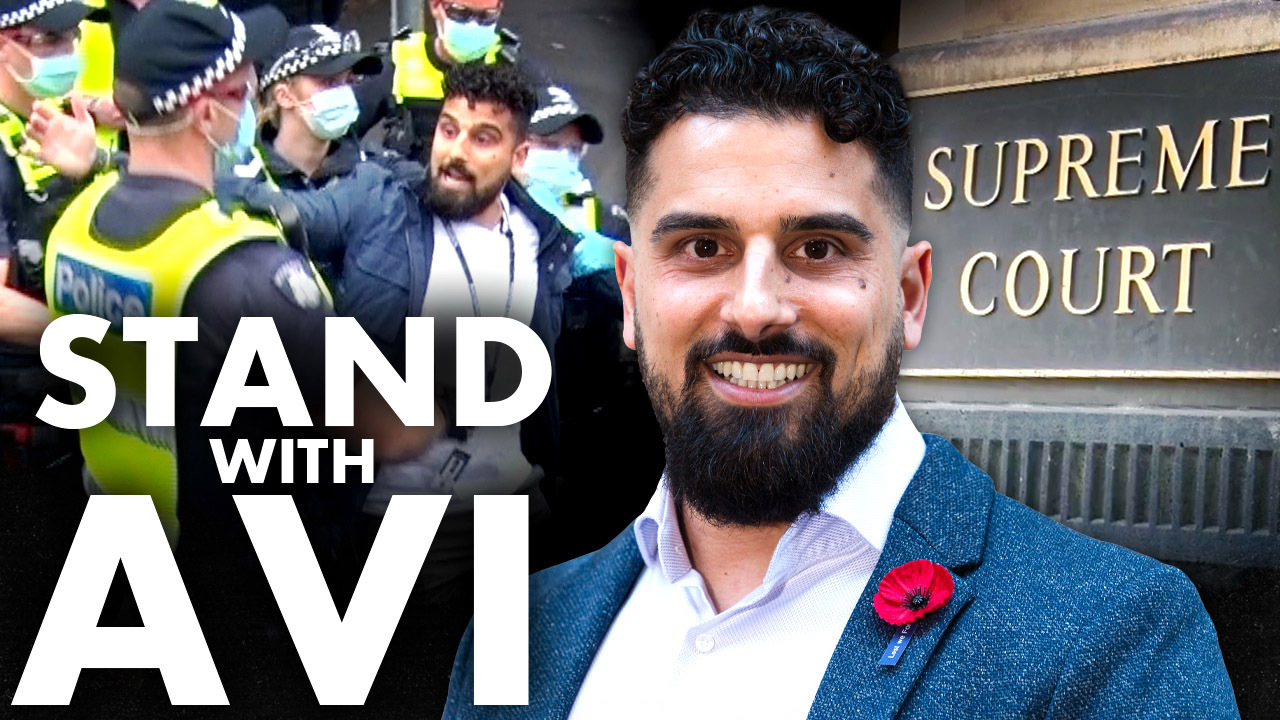 I’ve taken the Australian state of Victoria to the Supreme Court — the highest court in the state.

In a 9-page Statement of Claim, my civil liberties lawyers outline the illegal misconduct of the police. You can view the whole file below.

(*This donation page is processed in CAD, which is roughly equivalent to AUD, to donate in other currencies, please click here.)

Police arrested me again yesterday for reporting at the "invasion day rally" in Melbourne.

Our lawyers are working on the best plan regarding this latest arrest. It'll either be added to the current lawsuit or filed as a separate case.

However, we can see suing the state is not enough. Victoria Police believe they're above the law, so we plan to file something even bigger (and more expensive!) possibly asking the court for a declaration that will stop the government once and for all from targeting journalists they prefer to silence.

The entire world has been witnessing what is happening in Victoria, Australia, from unlawful arrests to police brutality.

Just over a week ago, I was reporting the news from a peaceful protest in Melbourne, Australia, the most locked-down city in the world.

I had all of my permits and papers in order and I had even been inspected and approved by a roadside police checkpoint. (That’s how crazy the Australian state of Victoria is these days — lockdowns, curfews and police checkpoints.)

I was reporting on an anti-lockdown protest by Australian citizens fed up with China-style infringements on their civil liberties. I wasn’t there to protest — I was there to report, with my camera crew. We were standing with other journalists and I was clearly holding my Rebel News microphone.

Suddenly, a police commander walked up to me, jabbed me in the chest, and ordered his troops to arrest me. You’ve probably seen the video — I was picked up, smashed to the ground and arrested, and led away in handcuffs.

For no reason whatsoever.

I was later grudgingly released by police without charges. But incredibly, late that same night, police came to my family home to threaten me — to tell me I had been put on a “list”, and that police were watching me.

Since last week, almost sixty thousand people signed my petition demanding an end to the Victoria Police state that detains journalists for doing their job. (Thank you!)

Today I’m fighting back. Not just for my own rights and safety, but for that of all Australians.

I’ve spent $11,000 on lawyers so far, and that’s just the beginning. By suing the state of Victoria, I’ve kicked a hornet’s nest. Premier Dan Andrews has been governing like a little tyrant, and if anything he’ll probably try to smash me even harder now. As you can see in the lawsuit, it’s not the first time his police have come for me.

That’s why this lawsuit is so important. If other Australians follow my lead, and maybe even other people around the world, and stand up for our freedoms, these brutal lock-downs will have to stop.

But I need your help.

The government has unlimited resources and top lawyers at their disposal. It really is a David vs. Goliath battle.

But I’m up for it. If you give me the tools, I’ll finish the job — and fight for freedom for all of us.

You can donate securely online here and 100% of the funds will go to our legal battle.

It’s time someone fought back in the court of law!

View the full Statement of Claim:

Australian cheques can be made payable to “Smith & Tapper Lawyers” with “on trust for Yemini” written as the “memo”.

Spread the Word!
Australia Stand with Avi
We use cookies to personalise content and ads, to provide social media features and to analyse our traffic. We also share information about your use of our site with our social media, advertising and analytics partners who may combine it with other information that you’ve provided to them or that they’ve collected from your use of their services. You consent to our cookies if you continue to use our website.
×