A photo of Canada's Health Minister Patty Hadju went viral last night after she was spotted not wearing a mask at a Toronto airport.

Hi @PattyHajdu I don’t like wearing masks in indoor spaces either. But please don’t undermine PHAC’s efforts to reduce the spread of COVID. We all have to do our part. Please set a better example for Canadians. #cdnpoli #pattyhajdu #covid #trudeauliberals pic.twitter.com/yFmlzWyZ7c

There she was, yucking it up without a mask. The photo went viral, so Hajdu put out a statement on Twitter:

Following public health rules is important to me. I wear my mask at all times at Toronto Pearson, and only take it off to eat or drink, as allowed. https://t.co/k0Nka9vSSG

Those are the rules — the virus patiently waits while you eat, and only when your done does it infect you. I mean, this is science, people.

But look at that photo: 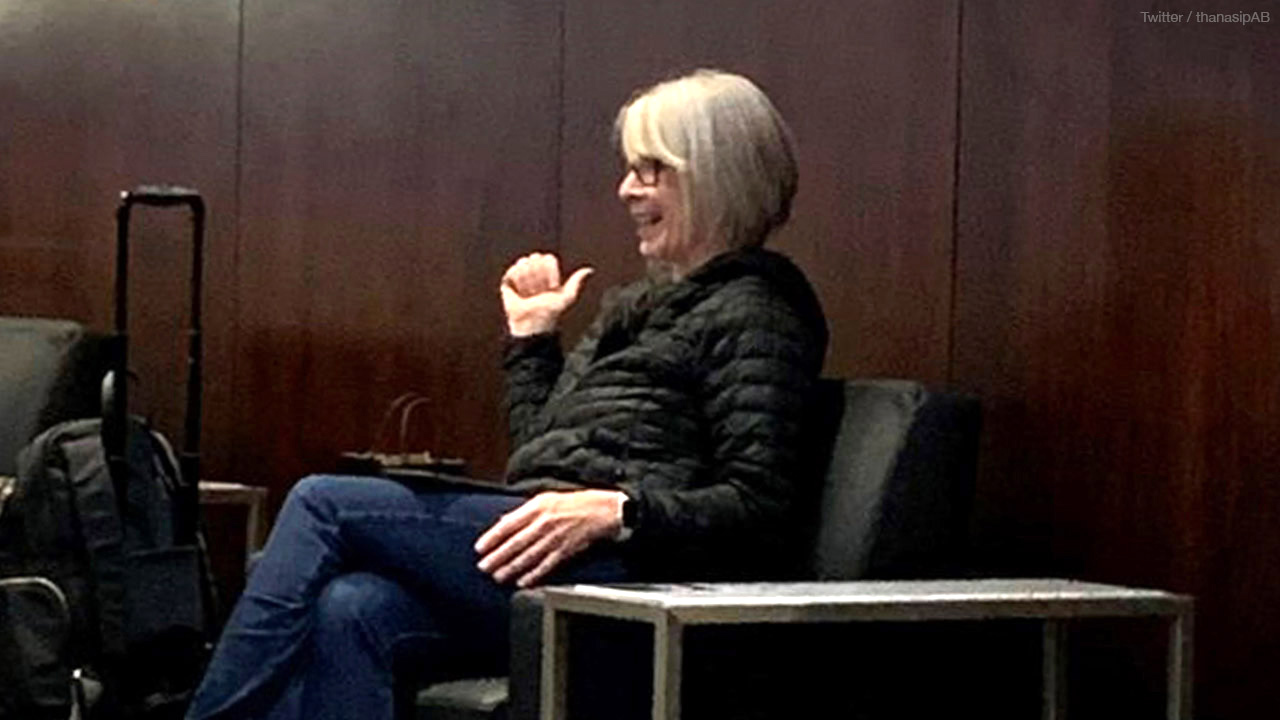 Is she eating or drinking? I see her face and her mouth —they’re not eating or drinking, which is normally the part of the body where you would see such an activity. And I see her hands, which is often how we eat — you know, we use our hands to hold food or drink. There's no food in either of her hands or on the table right next to her. You can see there’s something on her lap but it looks like a tablet of some sort.

So she’s not eating; she’s not about to eat; she has no food or drink out or on the table next to her, and in fact on her lap is something else, not food, likely a tablet.

Now, I should tell you, I would normally disapprove of such a scold. I would tell them to buzz off, that masks don’t work, to mind your own business, and to stop being a creepy voyeur.

Except that it’s the Minister of Health, the one who scolds us and violates our privacy and is the creepiest person in the country.

She’s the source of the laws — and even she laughs at them. She doesn’t believe in them. Laws are for the little people.

The big people get the big contracts to make the masks. The little people have to wear them and get tickets or fines or even arrests for not wearing them.

They know it’s B.S. They all know.

But never think, not for a moment, that they will ever follow their own rules.

We have had enough of the politicians not even following their own rules — no matter how ridiculous they may be. If you agree, sign our petition and let's hold Patty Hadju to account.