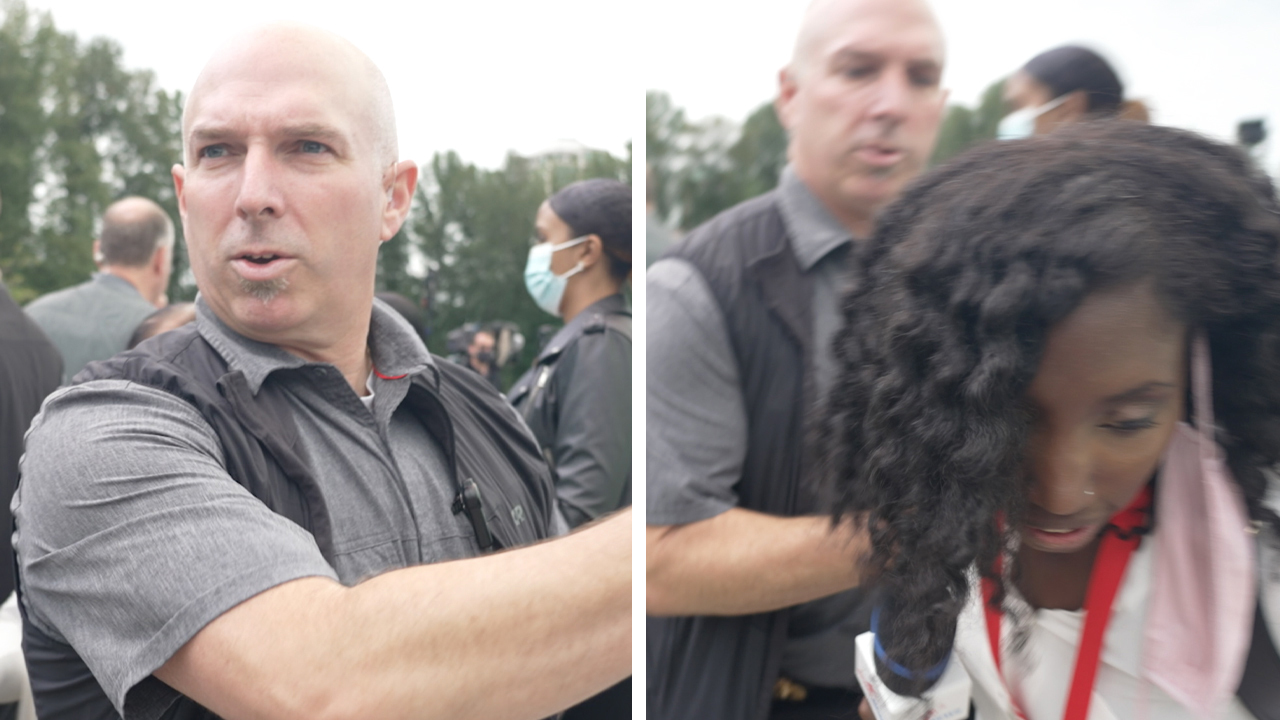 Read our complaint letter to the RCMP complaints commission, drafted by our general counsel, and if you can help us cover the cost of our lawyers’ intervention.

Read our complaint letter to the RCMP complaints commission, drafted by our general counsel, and if you can help us cover the cost of our lawyers’ intervention.

Drea Humphrey, an accomplished Rebel News journalist and a registered member of the Independent Press Gallery, was invited to attend Trudeau’s campaign press conferences in British Columbia, during his pre-election swing through the province.

She asked Trudeau about the wave of arson targeting churches across Canada.

Trudeau refused to take her questions and walked away from the podium to pose for selfies with the public. Drea politely walked beside him, asking her questions again. She was never threatening or abusive, never blocked his path and never posed any physical danger to Trudeau whatsoever — she was simply asking him questions he didn’t like.

Trudeau brushed her off, and a squad of Trudeau’s RCMP bodyguards immediately swooped in, physically grabbed her, and pulled her away from asking her questions.

This is simply unacceptable in a liberal democracy, but it fits with Trudeau’s growing reputation of a thin-skinned politician who can’t stand criticism, especially from strong women — just ask Jody Wilson-Raybould.

So, we've had our lawyers draft a complaint letter to the RCMP complaints commission, drafted by our general counsel.

Trudeau prefers to call on hand-picked journalists that he can control — usually CBC state broadcasters, or reporters from the bail-out newspapers. But calling in his armed bodyguards to physically assault Drea is a new low, even for Trudeau.

If you can, please help us cover the cost of our lawyers’ intervention by contributing on this page.

Spread the Word!
Justin Trudeau
We use cookies to personalise content and ads, to provide social media features and to analyse our traffic. We also share information about your use of our site with our social media, advertising and analytics partners who may combine it with other information that you’ve provided to them or that they’ve collected from your use of their services. You consent to our cookies if you continue to use our website.
×