Venezuela now forcibly detaining those who test positive for COVID-19 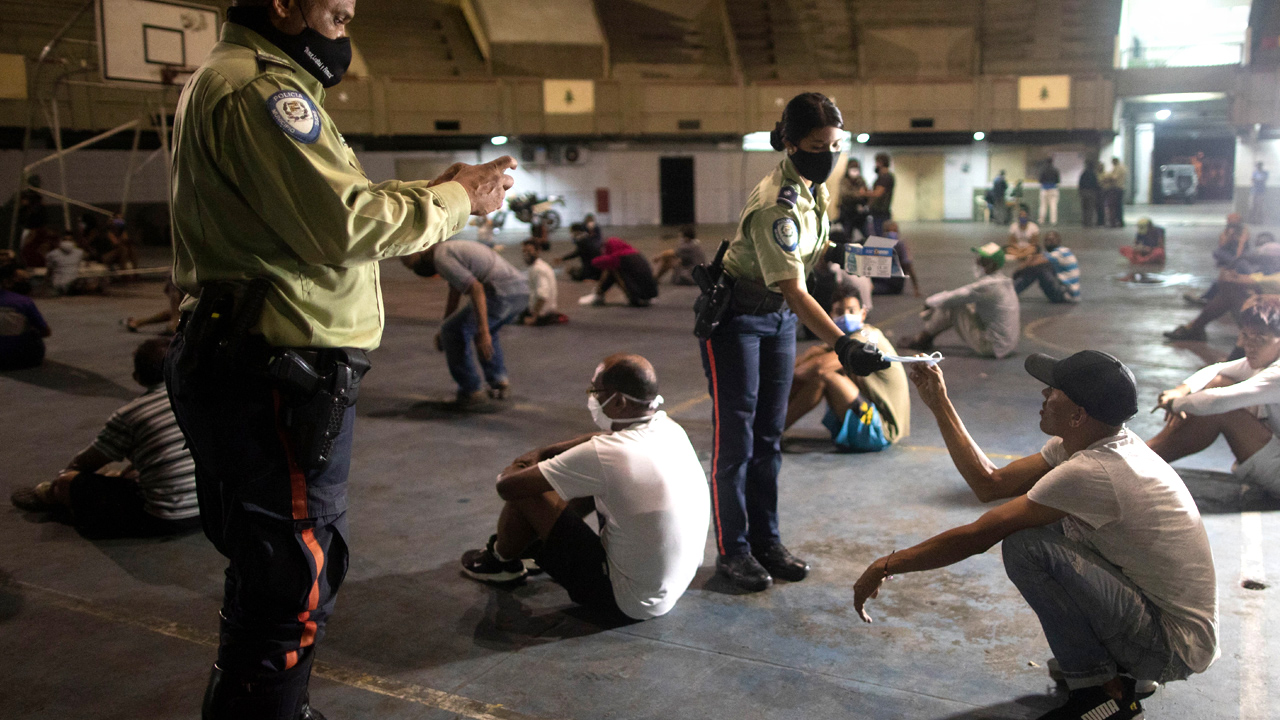 China is no longer the reigning champ on strict coronavirus controls, as Venezuela is now forcibly locking up anyone who tests positive of COVID-19 in warehouses-turned-quarantine facilities.

Doctors and nurses in Venezuela have sounded alarm bells about the socialist regime’s policy of quarantining coronavirus victims against their will. Healthcare workers are so afraid of the policy that they are avoiding the tests.

“But with a hollowed-out health system, far too few tests and a dysfunctional public sector, patients are terrified. They say they’re crammed for weeks into filthy warehouses with little to eat, spotty water supply and increased risk of infection. This, along with the detention of dissident doctors and public shaming of violators, has led to a sense of impending disaster,” Bloomberg reported on Monday.

The Bloomberg report highlights the plight of a cab driver named Juan who tested positive for the coronavirus last month. The doctor who diagnosed his illness sent him home to avoid quarantine, but agents of the socialist regime tracked down where he lived and forced him into one of the centres, which is located in a slum.

“I spent three days sleeping on an aluminum chair,” Juan said in an interview. “They fed us cold rice, lentils and arepas. The place was controlled by armed militias and Cuban doctors.”

Following his stay in the quarantine centre, which Bloomberg described as a filthy warehouse, Juan was moved to a stadium.

Another coronavirus patient, Luis, told Bloomberg that he was forced into a cramped classroom with 30 others, where they were made to sleep on “old, very worn mats” he described as “almost like sleeping on the floor.”

Hunger, said Luis, was endemic in the quarantine centre.

Speaking to the publication, Graciela Lopez, Venezuela’s head of Society of Infectology — the country’s analog of the CDC — praised China’s lockdown strategy. China has sent its doctors to aid Venezuela in dealing with the crisis.

“This worked in China, which has a much more robust public health system,” Lopez said. “Venezuela was already very short on medical staff. People are afraid. Now patients arrive immediately needing intensive care because they lived with the disease at home until they just couldn’t any longer.”

The strategy is also endorsed by Venezuelan President Nicolas Maduro, who said in April that the country “paid attention to every single step and learned big lessons from China.”

“It has inspired our decisions in how to face this pandemic,” he said.

Venezuela’s methods were decried as in violation of basic human rights and protections. Kathleen Page, a professor at Johns Hopkins University Division of Infectious Diseases told Bloomberg that the strategy was “punitive” and “disincentive to testing. More transmission will occur in the community as people who don’t get diagnosed with Covid are not likely to self-isolate.”

Doug Ford mocks, insults his own voter base for not panicking hard enough about “second wave”