Nixon also put the opposition New Democrats on blast for failing to denounce statements made by CBC's favourite fruit-fly scientist and host of the state broadcaster's The Nature of Things. 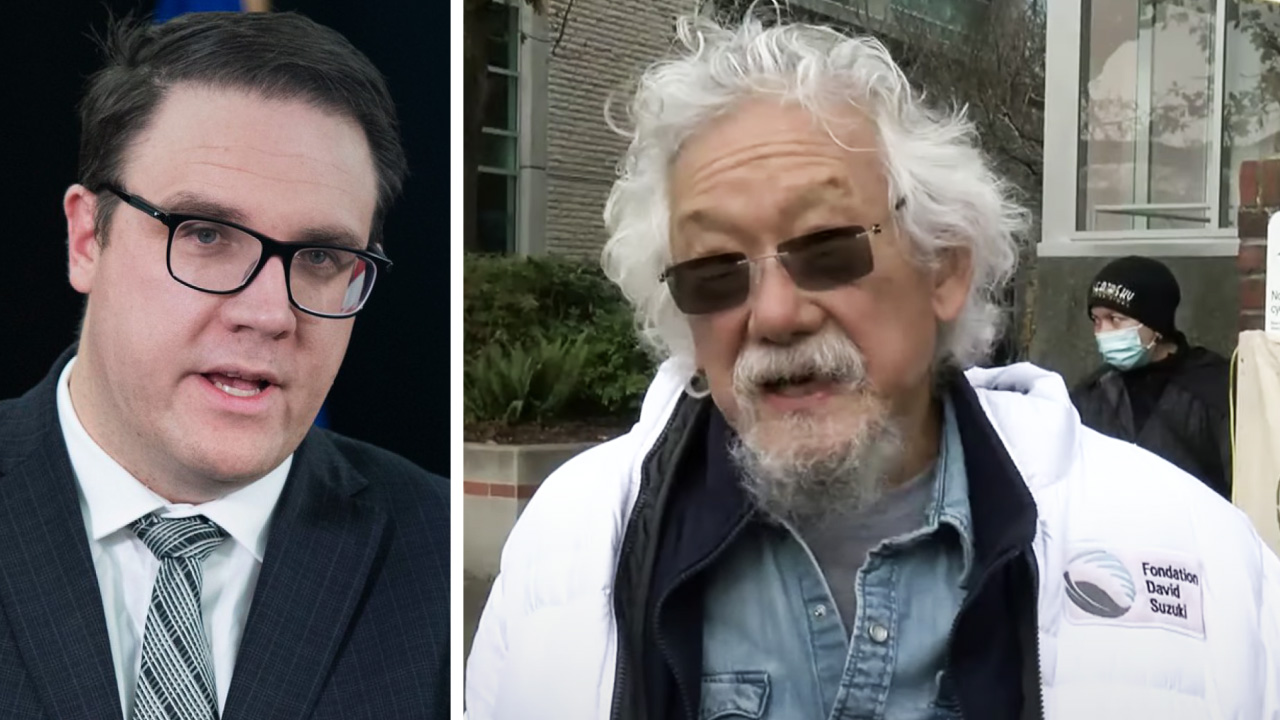 Alberta Environment Minister Jason Nixon slammed David Suzuki in the provincial legislature Monday for comments Suzuki made over the weekend at a climate change protest in B.C.

Speaking Saturday at an Extinction Rebellion protest, Suzuki said: "We’re in deep, deep doo-doo...This is what we’re come to, the next stage after this, there are going to be pipelines blown up if our leaders don’t pay attention to what’s going on.”

Nixon held nothing back in decrying Suzuki's remarks:

"David Suzuki is so out of touch with the real world that he advocates, Mr. Speaker, for eco-terrorism towards Canadian people and industries," Nixon told the Legislature on Monday afternoon.

Nixon then turned his ire toward the party across the chamber, putting the opposition New Democrats on blast for failing to denounce statements made by CBC's favourite fruit-fly scientist and host of the state broadcaster's The Nature of Things.

"The NDP, Mr Speaker, sadly have a long history of collaborating with David Suzuki and their silence in his outrageous comments make them complicit with calls for eco-terrorism towards Albertans and Canadians."

The NDP during their time in power, appointed eco-radicals to keep positions in government, appointing Tzeporah Berman to chair of the Oil Sands Advisory Group. Her comrade at the environmental group Stand.Earth, Karen Mahon, was appointed to the panel as well. Both women have been repeatedly arrested at eco-protests and are anti-pipeline activists.

To help you learn more about the real David Suzuki — the man the media doesn't want you to know — Rebel News published a best-selling book detailing his history of radicalism and bad behaviour. To get your copy, please visit www.SuzukiBook.com