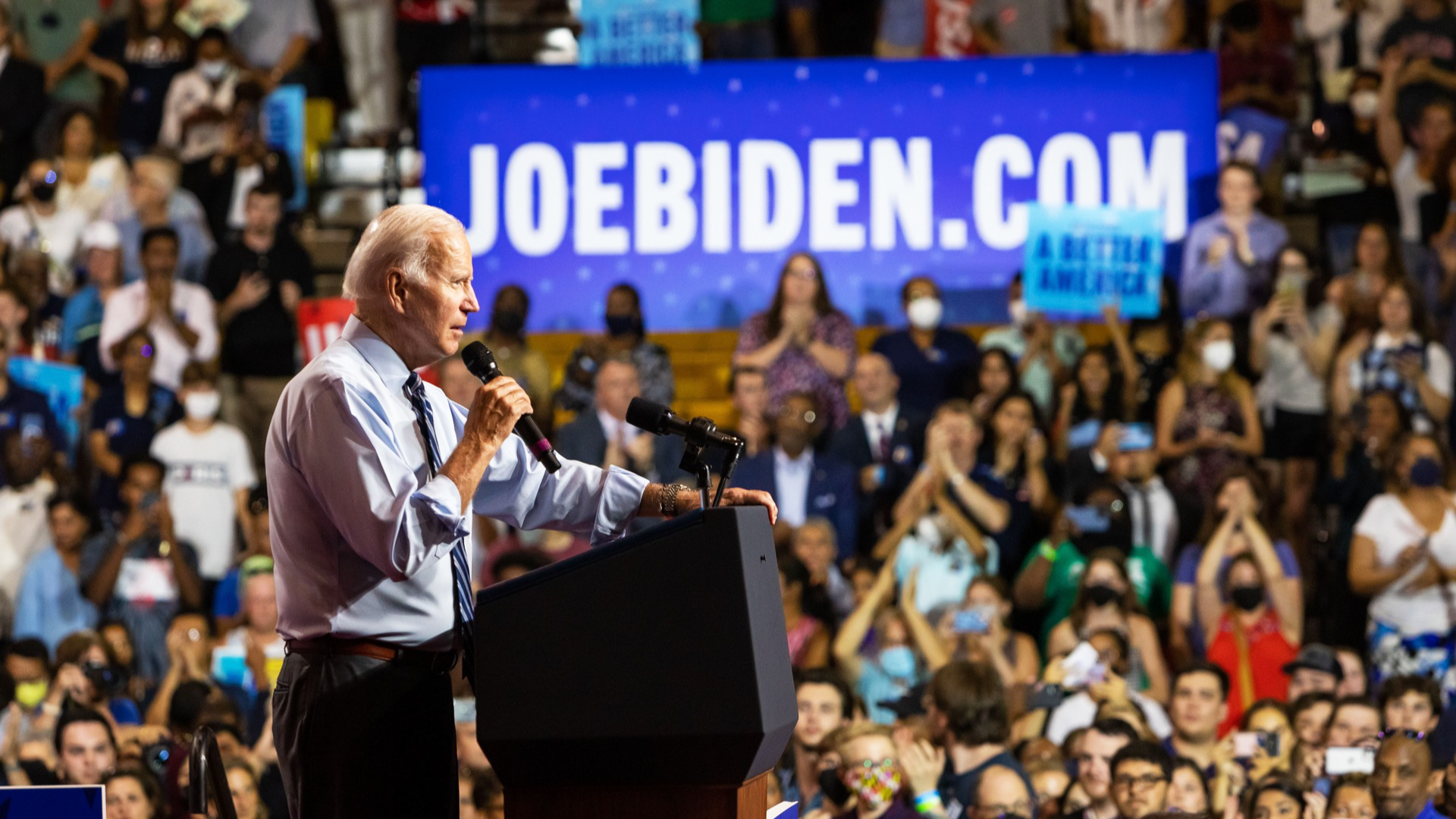 Speaking at a rally on Tuesday in Pennsylvania, U.S. President Joe Biden focused his ire on the right to bear arms, stating that the Second Amendment is “not unlimited,” and that “brave right-wing Americans” will need to have more than an AR-15 to take on the government.

Speaking to the crowd, Biden bragged that he had two shotguns at home – a story that he has repeated time and time again since his years as VP under Obama, and said that he is “not opposed to guns,” and “I support the Second Amendment.”

“But the Second Amendment, as one of the most conservative justices in history, Justice Scalia once wrote, ‘like most rights, the rights granted by the Second Amendment not unlimited,’” he said, repeating remarks he has made time and again while on the campaign trail and following numerous mass shooting tragedies.

“Right now, you cannot go out and buy an automatic weapon. You cannot go out and buy a cannon,” Biden added, putting a spin on his false claim that Americans in the 18th century could not buy anything larger than a musket. It’s worth noting that it was possible for any American with wealth to purchase a private warship at the time – including an entire arsenal of cannons.

The commander-in-chief continued, “for those brave right-wing Americans who say it is all about keeping America as independent and safe, if you want to fight against a country, you need an F-15 and you need something a little more than a gun.”

BIDEN: "You couldn't buy a cannon when the Second Amendment passed."

Biden made similar remarks when he outlined his gun control manifesto during the campaign trail against Trump, at the time he stated that it was not legal for any private citizen to own a cannon during the revolutionary war. The Washington Post fact-checked his claims as false.

“Some readers might think this is a relatively inconsequential flub. But we disagree,” wrote the Post. “Every U.S. president has a responsibility to get American history correct, especially when he’s using a supposed history lesson in service of a political objective.”

“The president’s push for more gun restrictions is an important part of his political platform, so he undercuts his cause when he cites faux facts,” the Post added.