'Biden won’t finish his term. EVERYONE knows he’s unfit for the job. His mind is too far gone. This can’t go on any longer. He needs to RESIGN!' tweeted Jackson, who has been outspoken in his criticism of the 79-year-old Democrat. 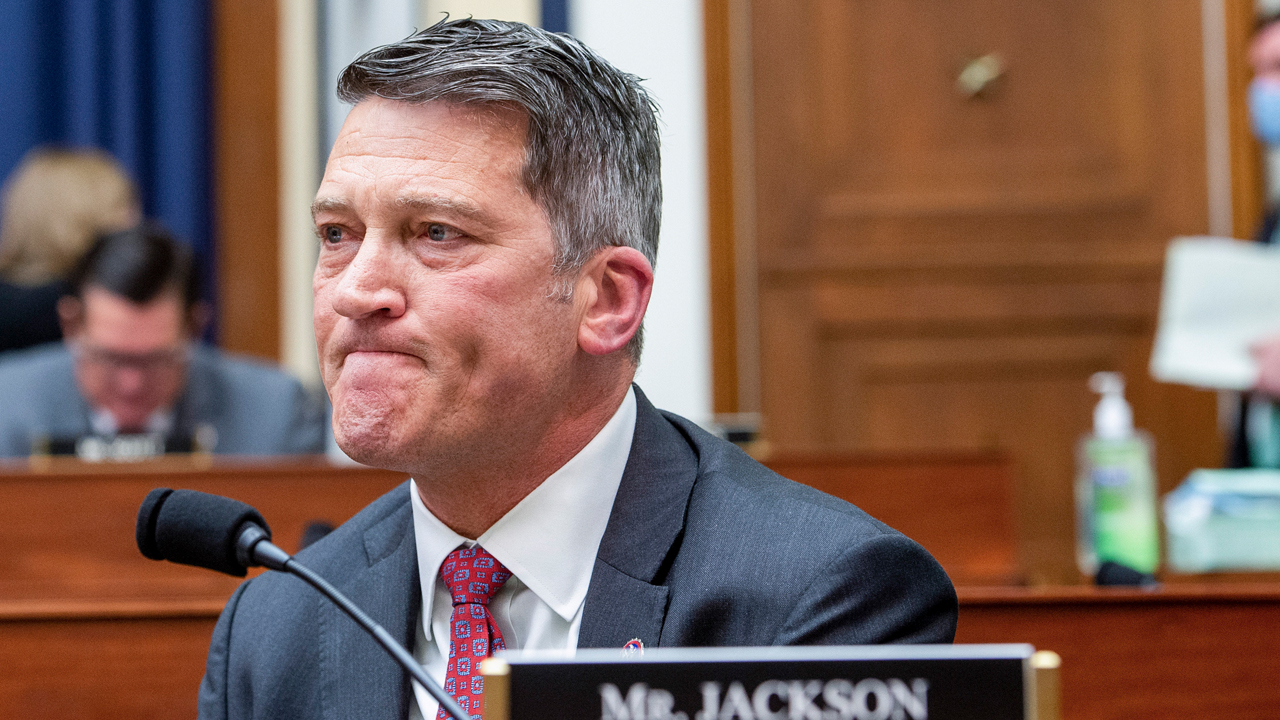 Jackson, who served as the personal physician for the White House under both presidents Barack Obama and Donald Trump, stated on Twitter that Biden “needs to resign.”

“Biden won’t finish his term. EVERYONE knows he’s unfit for the job. His mind is too far gone. This can’t go on any longer. He needs to RESIGN!” tweeted Jackson, who has been outspoken in his criticism of the 79-year-old Democrat.

Biden won’t finish his term. EVERYONE knows he's unfit for the job. His mind is too far gone. This can't go on any longer. He needs to RESIGN!

The former White House physician, who now serves as a member of Congress, made his remarks after it was revealed that former President Barack Obama chastised him for questioning Biden’s cognitive functions.

As reported by the Independent, Jackson, who served in the White House Medical Unit from 2006 to 2018, drew the ire of the former president after tweeting about Biden’s mental health.

Jackson detailed Obama’s email in his new memoir “Holding the Line,” in which he says that Obama rebuked him for his comments about Biden.

“I have made a point of not commenting on your service in my successor’s administration and have always spoken highly of you both in public and in private. You always served me and my family well, and I have considered you not only a fine doctor and service member but also a friend,” said Obama said in an email, according to Jackson’s book.

“That’s why I have to express my disappointment at the cheap shot you took at Joe Biden via Twitter,” Obama reportedly added. “It was unprofessional and beneath the office that you once held. It was also disrespectful to me and the many friends you had in our administration. You were the personal physician to the President of the United States as well as an admiral in the U.S. Navy. I expect better, and I hope upon reflection that you will expect more of yourself in the future.”

Jackson described the email in an interview with Fox News’ Sean Hannity.

Still don’t have anything to say in response to President Obama’s letter, except, I told you so! Biden's cognitive decline has been on full display for YEARS. I won't sit quietly and let Biden destroy our Republic. His mind is gone. He SHOULD NOT be our President! pic.twitter.com/jQ7p4ueTTQ

During the interview, Jackson pointed out the hypocrisy of Democrats constantly attacking President Donald Trump’s cognitive abilities, while attacking anyone who made any mention of Biden’s obvious cognitive decline.

Jackson told the host that he was upset by Obama’s email and even considered reaching out to Obama, but was advised not doing so by conservative pundit Dan Bongino who pointed out to him that Obama did nothing to defend Jackson when he was under attack by Democrats during his confirmation.

Hannity went further to suggest that Jackson demand an apology from Obama given that evidence of Biden’s cognitive dysfunction is plain to see.

“He needs a serious cognitive assessment and if he’s not willing to do it, I will administer the test to him, I will do it…this man is getting worse and he’s an embarrassment,” said Jackson. “He is not inspiring confidence in anyone and it’s a dangerous time to have a commander in chief and a head of state like this man right now.”