LIVE UPDATES: Day 2 of Pastor Artur's lawyer in court regarding punishment he will face

Sarah Miller of JSS Barristers is in court this morning to submit vital documents regarding the punishment Pastor Artur will face. 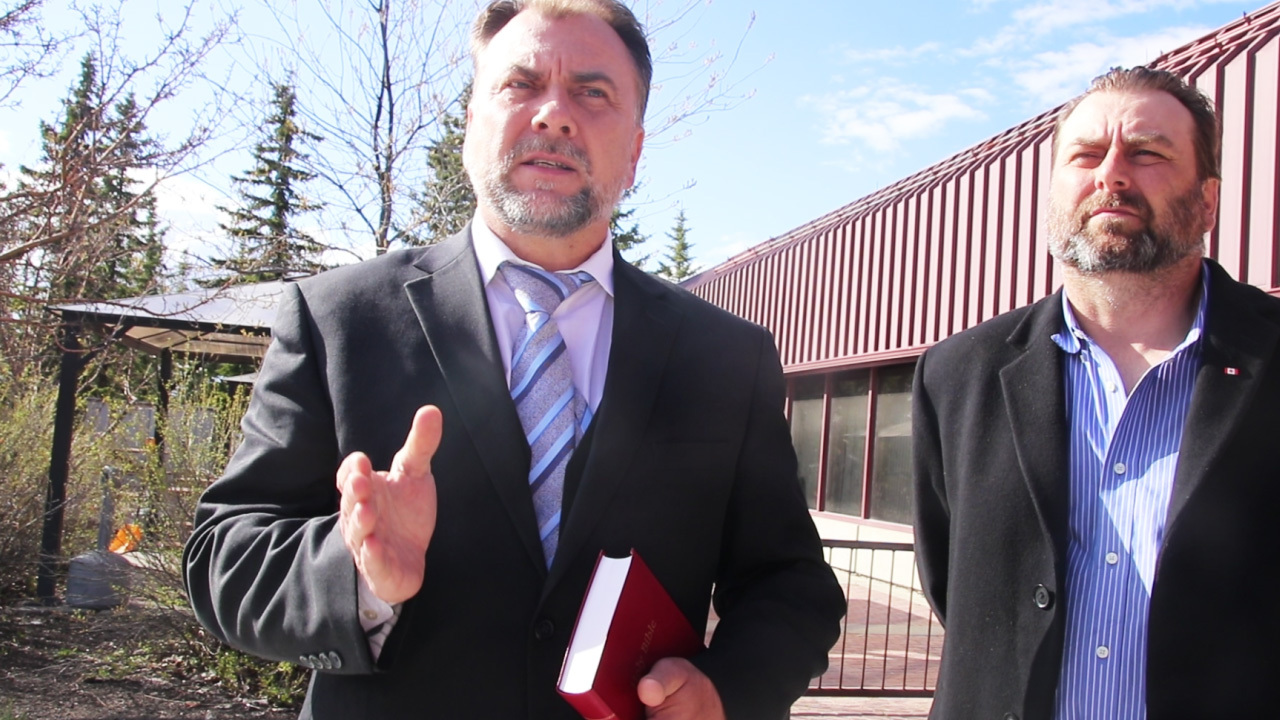 Pastor Artur Pawlowski's lawyer, Sarah Miller of JSS Barristers, is in court for the second day this morning to submit vital documents regarding the punishment Pastor Artur will face in an upcoming hearing.

This submission will determine the difference between "time served" and Pastor Artur going back to jail.

In virtual court to hear submissions in the sanctions phase of the contempt trial of Pastor Art Pawlowski at his brother David. They face 21 days in jail & $16k in costs for breaching orders that closed his church, allowed govt to inspect during services.

I'll be live tweeting the proceedings this morning and it appears as though Pastor Art and his brother David may make a statement to the court. To catch yourself up on the story and to offset his enormous legal fees, please visit: SaveArtur.com

Justice Adam Germain is hearing the case remotely and he indicated yesterday that he was actually in Fort McMurray though the trial is based out of Calgary.

Sarah Miller from JSS Barristers is the lawyer who has been representing Art Pawlowski for over a year. Art was our very first fightthefines.com client after he received lockdown tickets for an illegal public gathering when he fed homeless people in Calgary Alberta.

Germain indicates that he will reserve his decision until October 13th, wherein he will also deliver a decision on the Chris Scott contempt hearings. Scott is a cafe owner who is found in contempt of a court order for protesting the covid closure/seizure of his Whistlestop Cafe.

Chris Scott's sanction hearing will be later on this week and naturally I'll be covering that as well since he is our fightthefines.com client. Thanks again to everyone who donates and continues to donate to our civil liberties projects.

Sarah Miller is givin' 'er already. Telling the court that the nature of the order - that it was obtained ex parte, or in secret without participation of herself or her client- is itself a mitigating factor. Her clients were not able to obtain legal advice.

Miller: The contemptuous act is church services. Worship services are a section two right. Church services are a benefit to the community. No one was ever in danger and AHS never produced any evidence of that. Certainly a mitigating factor in this circumstance.

Miller: Pawlowski's public statements should not be a consideration. (He's allowed to express criticism of the government's decisions to close his church)

Holy cow. I just learned that the govt was actually looking for the full costs of their prosecution against the Pawlowskis. Instead they dialed back to just $16 in costs? Because the govt needs their pound of flesh from these two guys who feed the poor in their spare time.

The government is really hung up on choking an insincere apology out of the Pawlowskis. They've just got to bring these pastors to their knees in front of the golden calf of government. SaveArtur.com

The case of @aylmerpastor just came up in the sanction hearing for Art Pawlowski and his brother David. Judge Germain feels the $5,000 fine issued to Pastor set precedent. Miller argues at least Aylmer Pastor was appropriately served and named in the order. Not so here.

Something really infuriating is unfolding in court. Alberta Health Services reference to how Art's legal fees are being paid. Do they not want Polish immigrants who feed the poor to have access to a good lawyer Donate today at: SaveArtur.com

Art Pawlowski is about to address the court for the first time. He has prepared a statement."I am here before you as a political prisoner of conscience." "They are liars, hypocrites and cheaters and I have seen this when I lived behind the Iron Curtain.' "Canada has fallen."

"They are using you, judge, as a personalized weapon against whistleblowers." "We have a hopelessness crisis, an opioid crisis. People are dealing with loneliness, stress, grief and loss and they desperately need their pastors."

"We pastors have always been the front line workers. People need more church, not less. If I am guilty of a crime then so is Premier Jason Kenney with his bottle of Jameson whiskey on the patio of the sky palace." "They broke their own rules without blinking an eye."

"What safety measures are they to stop the deaths from drugs and suicide. Those who deny freedom from others deserve it not for themselves."

"Sure you can lock us up and throw away the key but our political imprisonment will shout even louder." Then Art offers to be a cellmate with the corrupted politicians in Edmonton who broke their own rules on the sky palace patio.

"I opened my church to the hurting people who need help and for that I will never apologize. So help me God, Amen" With that, Art Pawlowski finishes. Brother David up next.

David Pawlowski references his childhood behind the iron curtain. "Even though there was a constitution, the corrupt judges and politicians did not respect that constitution. I hope and I pray that our country will not repeat that history."

David closes on Proverbs 18:5. It is not good to be partial to the wicked or to deprive the righteous of justice.

With that, we stand adjourned until 9:00 on October 13th where we will find out how much flesh the government plans to carve off Pastor Art Pawlowski and his brother David for the crime of reopening their church and keeping the govt the heck out of it.