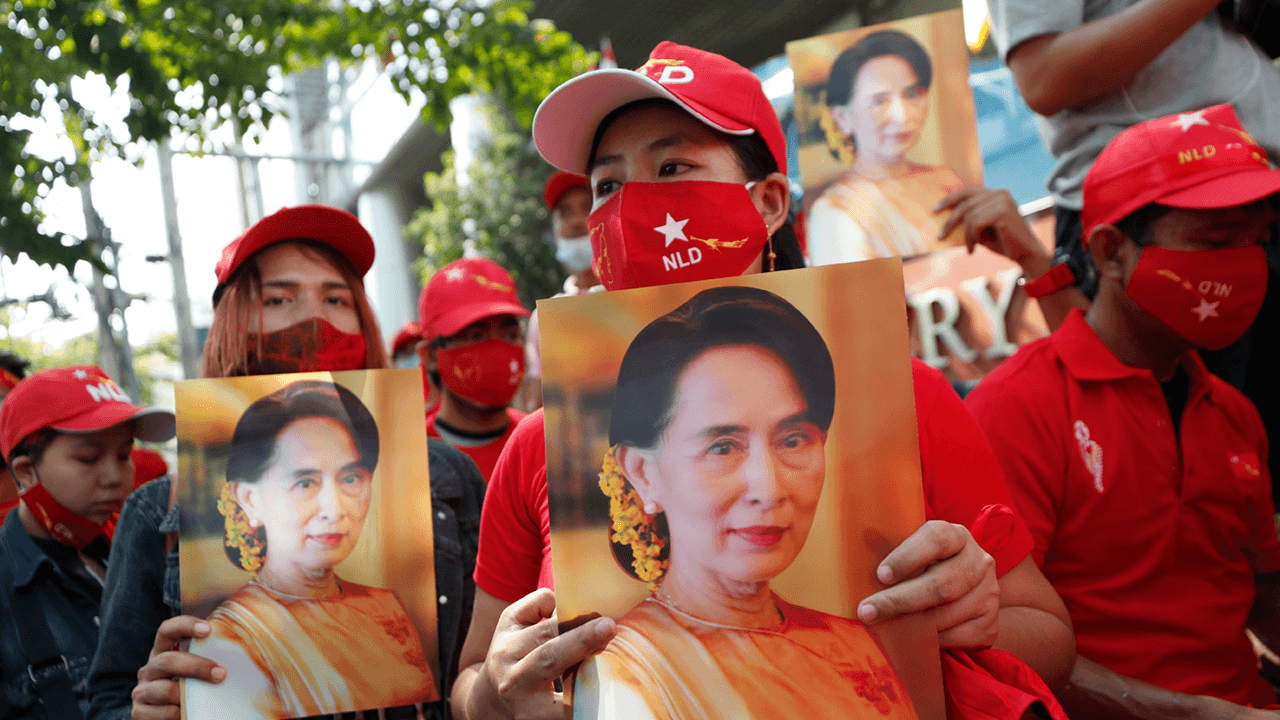 The southeast Asian nation of Myanmar declared a one-year state of emergency on Monday after its military executed an apparent coup d’etat, arresting civilian leader Aung San Suu Kyi and other elected officials from the National League for Democracy (NLD) party.

According to the AFP, the military-owned Myawaddy TV declared that the move was required to preserve the “stability” of the state, and accused Myanmar’s election commission of failing to address so-called “huge irregularities” in its election last November.

Suu Kyi, who was elected to lead Myanmar, was arrested in the early hours of Monday along with the president and other senior officials, following weeks of tensions with the country’s military forces over allegations of voting fraud.

“The power grab came as Parliament – in which the military is given 25 percent of the seats – was set to open in Myanmar,” reported Al Jazeera.

"The UEC (election commission) failed to solve huge voter lists irregularities in the multiparty general election which was held on November 8th, 2020," said acting president Myint Swe in a statement. Myint Swe is a former general who previously served as vice-president.

The country is currently being governed by military commander-in-chief Min Aung Hlaing.

The military government accused "other party organizations" of "harming the stability of the state,” adding that "as the situation must be resolved according to the law, a state of emergency is declared."

The Nobel Prize Committee, which awarded Suu Kyi with a Nobel Peace Prize in 1991, expressed that it was “appalled” by the coup and called for her immediate release.

“Now, 30 years after she was awarded the Peace Prize, the military has once again pushed democracy aside and arrested leading representatives of the legally elected government,” the committee said in a statement. “The Norwegian Nobel Committee asks for the immediate release of Aung San Suu Kyi and other arrested politicians, and for the result of last year’s general election to be respected.”