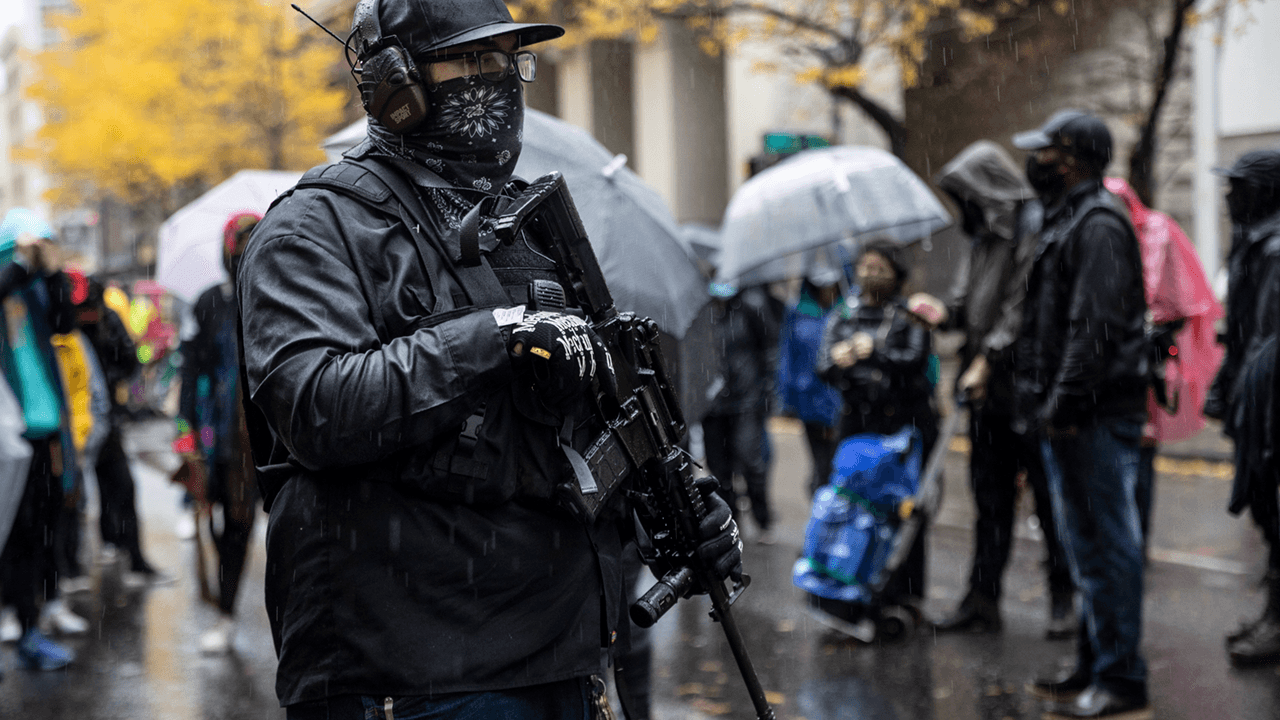 Following slashes to the Portland police budget, local businesses are now hiring armed private security forces to fill in the void left by the lack of police in the city.

Local Portland news sources report that the city’s decision to cut police funding by $16 million, in line with many other Democrat-run cities that have slashed budgets, has led to a steep rise in violent crime.

“Homicides in Portland increased from 28 in 2019 to 54 in 2020. Among cities similar in size to Portland, Seattle saw an increase from 34 to 53 homicides, in Minneapolis, a spike from 48 to 82, and Milwaukee saw homicides increase from 97 to 190 from 2019 to 2020,” KGW reported in June. KGW added that Portland is likely to see around a thousand homicides before the end of the year.

Much of the crime and lack of policing has been exacerbated by the presence of Antifa and BLM-led demonstrations in the city, which have become commonplace. Following the death of George Floyd last summer, left-wing activists went on a 100-plus day streak of nightly demonstrations causing an estimated $23 million in damages, and $2 million in damages to federal buildings in downtown Portland.

The protests called on the city of Portland to “defund the police,” prompting the city council to slash the police budget by $16 million. In addition to budget cuts, the move included removing the Central Precinct Entertainment Detail, which assigned officers to the city’s nightlife scene. Now only two officers patrol the area.

There are now around 120 fewer Portland police officers on the force than there were last summer — a force too small and insufficient to handle the city’s bustling nightlife scene.

According to Willamette Week, the void in law enforcement has prompted local businesses to take up the services of armed mercenaries — essentially “to keep parties from turning into shootouts.”

The paper reports that one of those private military contractors, the Ravencrest Force Protection Group, has units to patrol Portland’s Old Town district. The PMC is one of three companies with armed guards in the area, hired after a gunman committed a mass shooting at a bar.

This spring, the city’s nightclubs reopened—in the midst of a wave of gunfire killing Black people at a rate seen nowhere else in the country (see “Worse Than Chicago”). Within days of reopening, bars in the city’s Entertainment District were packed. In fact, Old Town bar owners say July was their busiest month ever.

Amid the flourishing nightlife scene: many bullets. Less than a month after a gunman opened fire at Shake Bar, an 18-year-old woman was killed in front of a row of food carts in Old Town on July 17. The shooter wounded six others.

Amid the surge in violent crime, Portland Mayor Ted Wheeler said that he is personally fed up with the violence that has beset the city, but his remarks have amounted to little action, thus far.