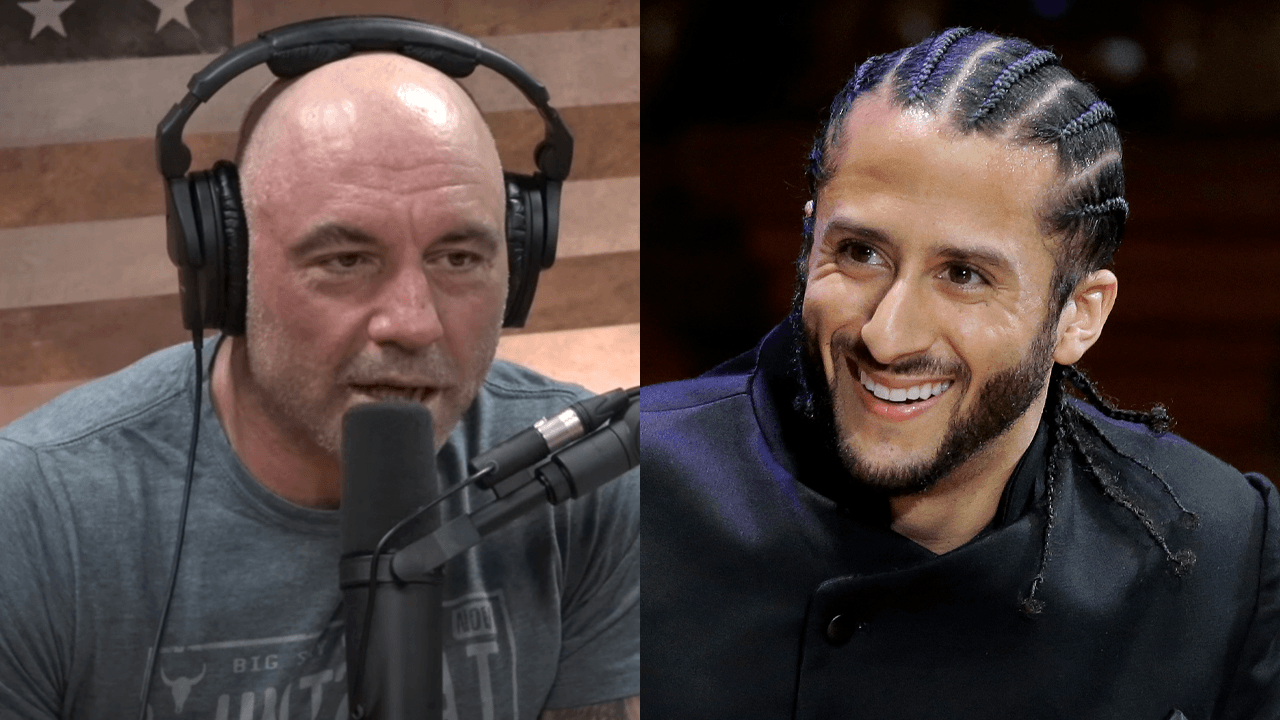 Podcast host Joe Rogan is on a roll, and the entertainer and commentator took aim at woke icon and former NFL quarterback Colin Kaepernick for comparing playing for the NFL to being an American slave in the antebellum south.

Joe Rogan asked, “What the f*ck are you talking about?”

Rogan made his remarks during an interview with comedian Theo Von when they were talking about Kaepernick’s Netflix special in which the former athlete made the ugly comparison, which was widely condemned on social media.

Colin Kaepernick compares the NFL combine, which allows all players of all races a voluntary chance to become multi-millionaires, to slavery. Anyone still defending this imbecile lacks a functional brain. pic.twitter.com/rMaKi7c6xh

Rogan asked his guest “Did you see that Netflix special where Colin Kaepernick is comparing the NFL to slavery?”

“Throwsa Parks, that’s what I call that dude,” replied Von, who compared Kaepernick’s faux activism to that of a real civil rights activist, Rosa Parks, who famously refused to go to the back of a bus when ordered to by a racist bus driver.

As Von was at a loss for words, Rogan interjected to say, “Imagine comparing the ability to do it or not do it, you sign up for it. Everybody — like, so many people who play football want to be in the NFL. It’s a goal. It’s a dream. You can make millions of dollars. And imagine comparing that to slavery simply because they measure people’s physical performance.”

“That’s what he’s doing; he was measuring like wingspans and the combine scores, like for weightlifting and speed and all that stuff,” Rogan added. “That’s to see how physically adept you are, how good you’re gonna be at football, so they’ll give you tons of money. The idea that this is comparable to slavery, whoever f*cking wrote that down and then he — the fact that he read it and said it, and then they had that video where they’re comparing the NFL owners to the slave masters and they’re shaking hands with each other: What the f*ck are you talking about?”

“And it’s such a racist thing toward white people, it’s like, cause all the owners — they are white, it’s just blatantly white …” Von replied.

“It’s just absurd. … It’s reaching so hard. Just so hard,” Rogan declared. “No one watched that and went, ‘Yeahhh.’ If they did they need to go to a doctor. Someone needs to talk to you. ‘Have a seat on the couch. You okay?’”