OPINION: Self-defence itself is on trial alongside Kyle Rittenhouse

As the verdict looms in the Kyle Rittenhouse case, it seems like the act of self-defence is also on trial in the United States. 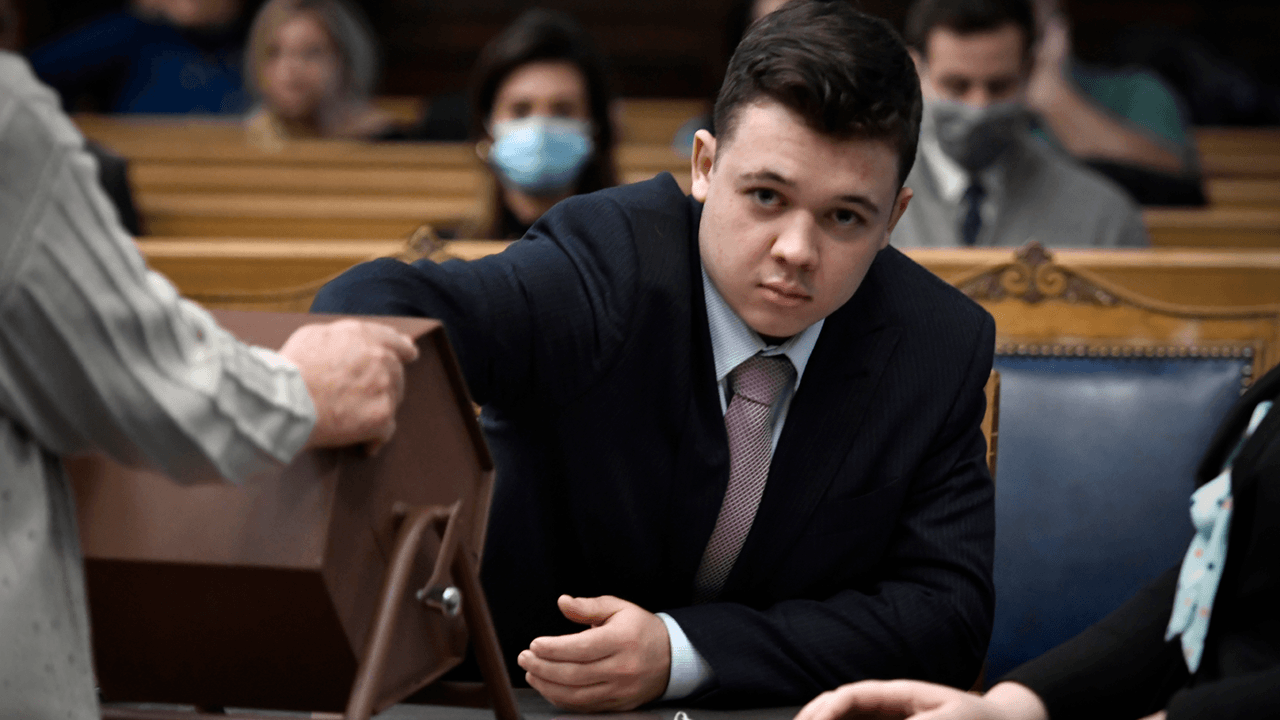 The trial of Kyle Rittenhouse has Americans, and even non-Americans, captivated and at the edge of their seat as the trial reaches its conclusion, with 12 members of the jury in deliberation over Rittenhouse’s innocence. The right to self-defence is on trial.

Kyle Rittenhouse, 18, is on trial for the shooting deaths of two men and the wounding of another. In the state of Wisconsin, where the case is being tried, Rittenhouse faces up to 60 years for the most severe charges against him. State prosecutors argue that the teenager murdered two men and attempted to murder another.

The facts of the case show that on the night of August 25, 2020, Kyle Rittenhouse shot and killed two men, and wounded another, in an act of self-defence. The events of that night were precipitated by the “mostly peaceful protests” that happened the night before as rioters took to the streets of downtown Kenosha to protest the police-involved shooting of Jacob Blake, a black man who was shot multiple times during an altercation with the police.

Self-defence itself is on trial

As five men and seven women deliberate over Rittenhouse’s innocence, Rittenhouse is not the only one on trial, as the highly political case takes on new dimensions, putting even the right to self-defence on trial. For many conservatives and libertarians, the right to self-defence is sacred. It embodies the free and independent spirit that serves as the foundation of the American ideal. The state’s prosecution of Kyle Rittenhouse is a prosecution by the state on the Second Amendment — or the right to bear arms.

The lead prosecutor, Thomas Binger, argued “You lose your right to self-defenCe when you’re the one that brought the gun.”

From the onset of the shooting, the media was quick to manufacture a narrative depicting Kyle Rittenhouse as a militia member and vigilante who took matters into his own hands when he crossed state lines to confront those protesting against police brutality. Not only was Rittenhouse not supposed to be there, but he was also there with a gun he carried across the state — or so early reports claim.

Except, none of this is true.

Politifact published a so-called “fact check” of the case, claiming that Kyle Rittenhouse had committed a crime by carrying a firearm in the state of Wisconsin.

“It is against the law in Wisconsin for someone younger than 18 to possess a dangerous weapon. Period,” the website claimed.

The certainty to which Politifact made this unwavering statement leaves little doubt in the mind of any uninformed reader unfamiliar with Wisconsin state law. Other publications soon echoed Politifact’s claim. The Milwaukee Journal Sentinel wrote, “Kyle Rittenhouse, 17, was not old enough to legally carry the assault-style rifle he had.”

Despite confidently claiming that Kyle Rittenhouse committed a crime, 17-year-old’s are indeed allowed to carry rifles, so long as their barrels meet a minimum length requirement. It may sound like a technicality, but technicalities are what the law is based on.

Kyle Rittenhouse’s rifle met that requirement, and he did not violate the state’s gun laws. In the trial on Monday, Judge Schroeder affirmed that Rittenhouse had not committed a crime in carrying the rifle, and dismissed the charge.

Rittenhouse had no link to white supremacy or militia groups

Although Rittenhouse is not on trial for being either a white supremacist, a member of the militia or even a vigilante, the teenager has been tried and found guilty in the court of public opinion. In the days following the shooting last year, numerous political pundits, celebrities, and even politicians like Reps. Cori Bush and Ilhan Omar, and even then-candidate Joe Biden described Rittenhouse as a white supremacist.

Evidence presented to the court showed that Rittenhouse has no such affiliations with any extremist political organizations, nor has he ever expressed white supremacist beliefs. The only evidence of Rittenhouse’s online activity presented by the prosecution on Monday was the existence of a TikTok account, 4doorsmorewhores, in which the teenager wrote, “Bruh I’m just tryna be famous,” with Trump 2020 and Blue Lives Matter in his bio.

If wanting to be famous is a crime, then everyone on TikTok needs to go to jail.

Minutes after the judge dismissed the gun charge, YouTube took down multiple video streams of independent legal experts commenting on the Rittenhouse trial in real-time. Many of these experts are practicing attorneys who were particularly critical of the media’s coverage surrounding the case, as well as the prosecutor’s conduct.

Absent the commentary of dissenting voices, the establishment’s media apparatus was able to — at least for a time — dominate coverage of the Rittenhouse case. However, YouTube swiftly backpedaled on its decision and restored the channels following widespread outrage on social media.

The fact that Big Tech companies and the establishment media are able to suppress voices that go against the narrative is an element of the Rittenhouse trial that cannot be overstated.

The corporate media remains unwavering on its attacks on Kyle Rittenhouse and depends on the ignorance of its viewers to maintain the strength of the story it’s trying to tell about Kyle Rittenhouse. If you ask a man on the street what he thought about the case and he wasn’t already in tune with the in’s and out’s of the case, he might believe that Rittenhouse was a white supremacist who travelled to another state to commit violence upon peaceful protestors marching against police brutality.

Rittenhouse is none of those things.

Rittenhouse explains why he was in Kenosha

Taking the stand, Rittenhouse explained what he was doing in Kenosha that night. The prosecutor asked him why he needed to be in the location where the shooting took place — blocks away from business owners and others who’d taken up the defence of their livelihoods.

PROSECUTION: But you decided you needed to run because of the fire on the Duramax?

PROSECUTION: Why? What was so urgent?

RITTENHOUSE: It was a fire.

PROSECUTION: Why did you feel that you should go around off the 59th Street car service property and put out fires.

RITTENHOUSE: To make sure my community didn't get burnt down and help.

PROSECUTION: And how do we say your community, You mean Kenosha?

PROSECUTION: Again, you're from Antioch. You're not living in Kenosha at this time when this all happens, right?

RITTENHOUSE: My dad lives in Kenosha.

Rittenhouse’s dad lives in Kenosha, as do his grandparents. You wouldn’t know this from the media’s coverage of the case.

Kyle Rittenhouse was a lifeguard who was training to be a firefighter and a paramedic who headed down to Kenosha, where his father and grandparents live, to clean up graffiti and administer first aid to anyone who might need it during the second day of protests.

The evidence presented to the court by the defence, which involves sworn testimony from journalists, bystanders, and hours of video footage, appears to support Rittenhouse’s story.

Kenosha itself is only 17 miles away from Antioch, Illinois, where Rittenhouse lives. It’s a short commute — a walk across the park, so to speak. And as for crossing state lines, has anyone ever heard of Kansas City? No one who raises the argument even cared about borders until the Rittenhouse case.

The events that unfolded that night

The first shooting occurred when Joseph Rosenbaum, a convicted child rapist who’d just been discharged from a mental hospital, who’d threatened multiple people earlier in the night and set multiple fires, charged at the teenager in an apparent attempt to grab the gun from Rittenhouse’s hands.

He was unsuccessful. The teenager spun around, having heard a gunshot behind him, and opened fire in quick succession just as Rosenbaum lunged at his firearm.

Having just shot a man, Rittenhouse tried to make his way to the police. In the videos, it appears that his path was blocked off by a mob that had been in the midst of destroying cars at a used car parking lot, and another mob had started to form behind him, with many calling for him.

Rittenhouse sprinted toward the direction of the flashing police lights at the end of the block when he was caught up to by members of the mob behind him. One man punched the hat off Rittenhouse’s head in an attempt to strike the teenager, and three others soon caught up.

Rittenhouse could have kept shooting, picking off members of the mob as they paused in their approach or dispersed, but he did not. Behind him, there were more gunshots. Some cried out for him to be shot, as heard on videos of the event.

The teenager got back up on his feet and made his way to the police line, where he was told to exit the scene. He turned himself in to the Antioch police an hour later.

During the trial on Monday, one of the prosecutors suggested that Rittenhouse was a coward for not laying down his weapon and fighting Rosenbaum in hand-to-hand combat. In the days prior, prosecutors asked why Rittenhouse didn’t simply leave his weapon behind with his friends before entering into hostile territory to put out the fire. The prosecution argues that Rittenhouse’s presence with a gun consisted of “provocation.”

Is it a provocation when a young woman is assaulted while walking alone at night?

One might instead ask why Rosenbaum, who was threatening people all night, attempted to grab Rittenhouse’s weapon when the teenager was neither pointing it at anyone, nor posing a threat to anyone in the vicinity before the events of that night transpired.

Worse still, the prosecution attempted to gaslight the jury by presenting evidence that contradicted all other videos taken that night — arguing that Rittenhouse had pointed his gun at Rosenbaum, and was in fact a threat to the man in the minutes before the shooting. The evidence they presented to make this claim was a blurry screenshot, “enhanced” to show Rittenhouse pointing his gun with his left hand. Rittenhouse is right-handed, and every other picture and video taken that night shows him holding the gun with his right hand.

In other words, the state doesn’t want you to believe your lying eyes. Just listen and believe.

Whatever the verdict in the Rittenhouse trial may be, let it be known that neither the corporate media nor the state can be trusted to tell the truth. When the right to defend yourself is on trial, all bets are off — and the establishment will do anything it can to take away your freedom.