The photograph of the two leaders was taken ahead of October's G20 meetings and contradicts new advice for Health Canada's bureaucrats. 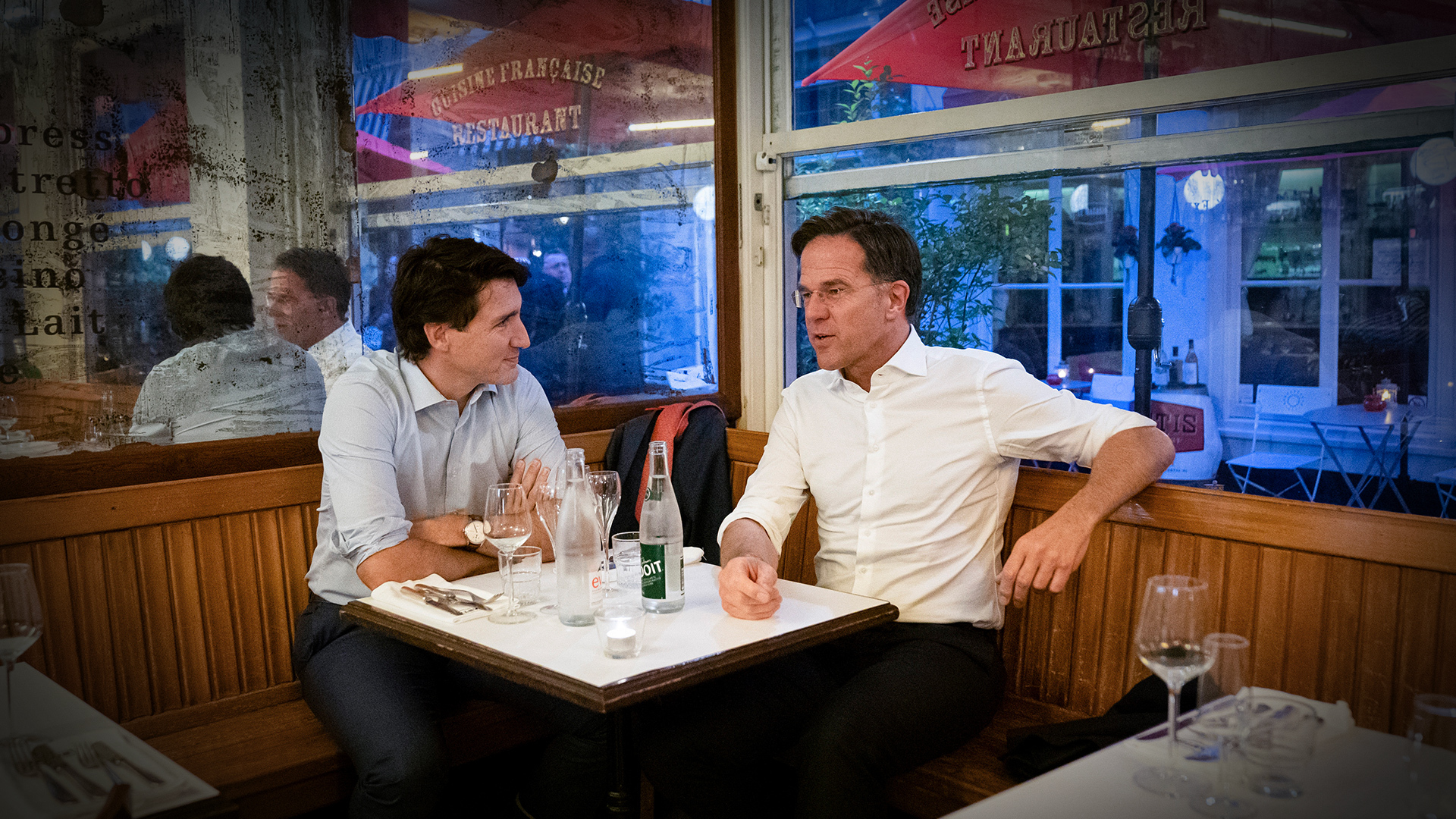 A photograph of Justin Trudeau dining with Dutch Prime Minister Mark Rutte published in the Canadian Press shows the two enjoying an intimate lunch, nearly sharing the same side of the table. The photograph was taking during Trudeau's visit the Netherlands this last month.

No masks were evident anywhere in the picture.

According to a report in Blacklock's, new advice to federal health department bureaucrats back on Canadian soil will be implemented starting November 15 and cautions workers to eat alone:

Of 268,000 employees in core departments a total 255,533 or 95 per cent are fully vaccinated, with another three per cent partially vaccinated. Recommendations included:

Although Canadian government workers are ordered to distance and eat at the bad kids table, in October, while at G20 meetings in Rome, Trudeau was caught maskless in a crowd on stage for a G20 leader's “family photo.”

During public appearances back in Canada, including those during Remembrance Day events outdoors, Trudeau routinely dons a face covering for domestic cameras.