'Muhammad' revealed as U.K.'s most popular baby boy name of 2022

'In the boys’ chart, Muhammad and Noah clung to numbers one and two, but Jack soared six places to take third place from Oliver, which dropped to number six.' 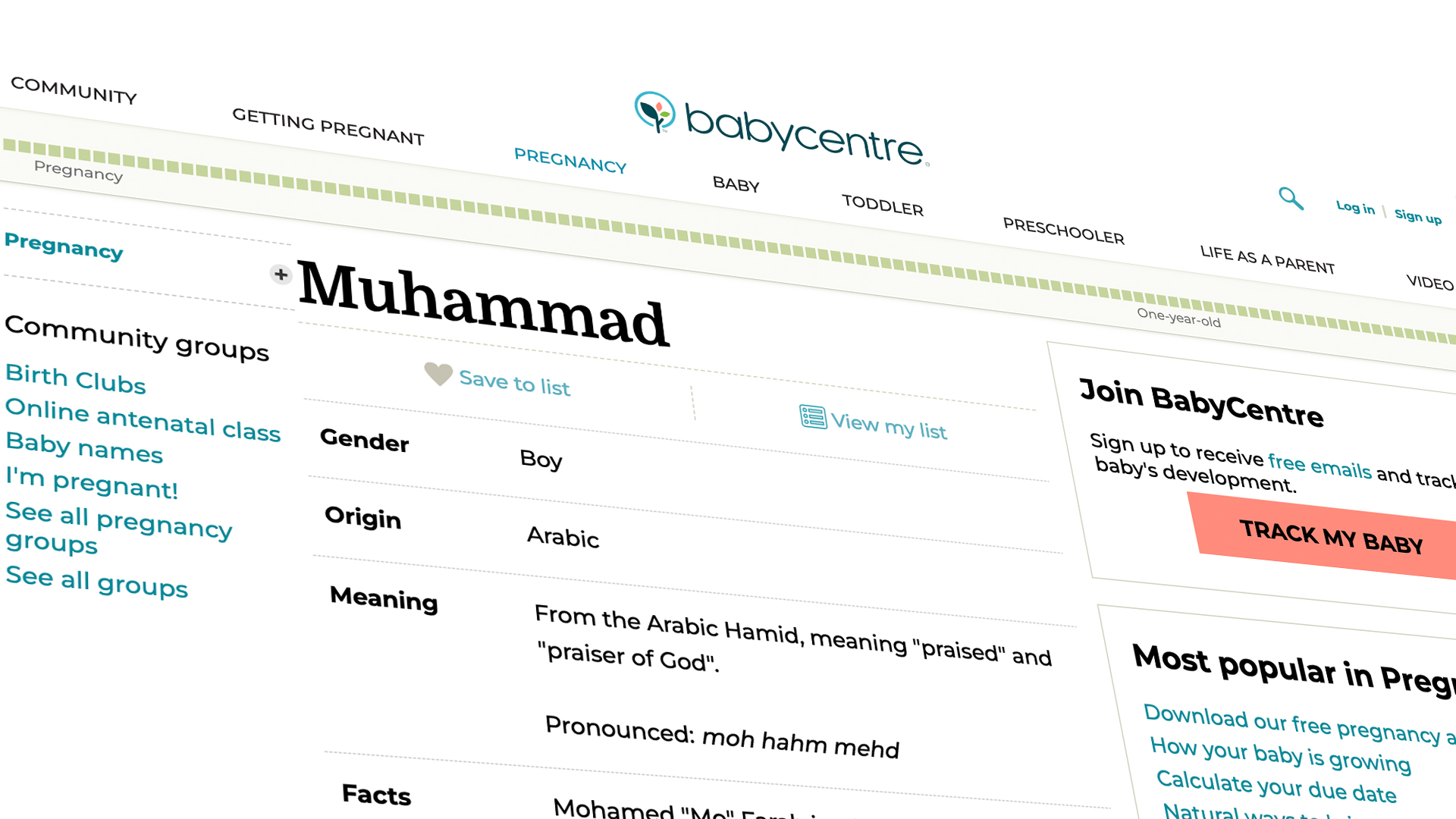 The most popular baby boy name in the United Kingdom so far for 2022 has been revealed as Muhammad.

BabyCentre, a website that gives health information on pregnancy, babies and toddlers, revealed a list of the top 100 names for baby boys and girls in the U.K., with Muhammad hitting first place, and Noah being second on the list.

As reported by The Mirror, Sarah Redshaw, who is the managing editor for BabyCentre stated:

Parents proved they are judge and jury when it comes to baby names as they threw the book at Amber, Johnny, Wayne, Coleen and Rebekah, all at the heart of expensive high-profile court cases.

I predict the impact of Johnny (Depp) and Amber’s (Heard) battle and the Wagatha Christie effect will continue and we will see those names fall further in the charts.

On the BabyCentre website for this past decade's results, it states:

Taking the trophy at number 1, the name Muhammad has won over the most BabyCentre parents’ hearts this decade. It comes from the Arabic name Hamid, and means 'praised' and 'praiser of God.'

Landing itself at number 2, the name Noah is proudly holding its status as a firm family favourite having surpassed itself by three places in the new decade charts. It has strong biblical connections, and is formed from the Hebrew word noach, meaning 'comfort' and 'rest.'

Stepping down from its first-place position this decade, Oliver is still a strong contender in the baby name charts. It is derived from the Latin word olivam, meaning 'olive tree.'