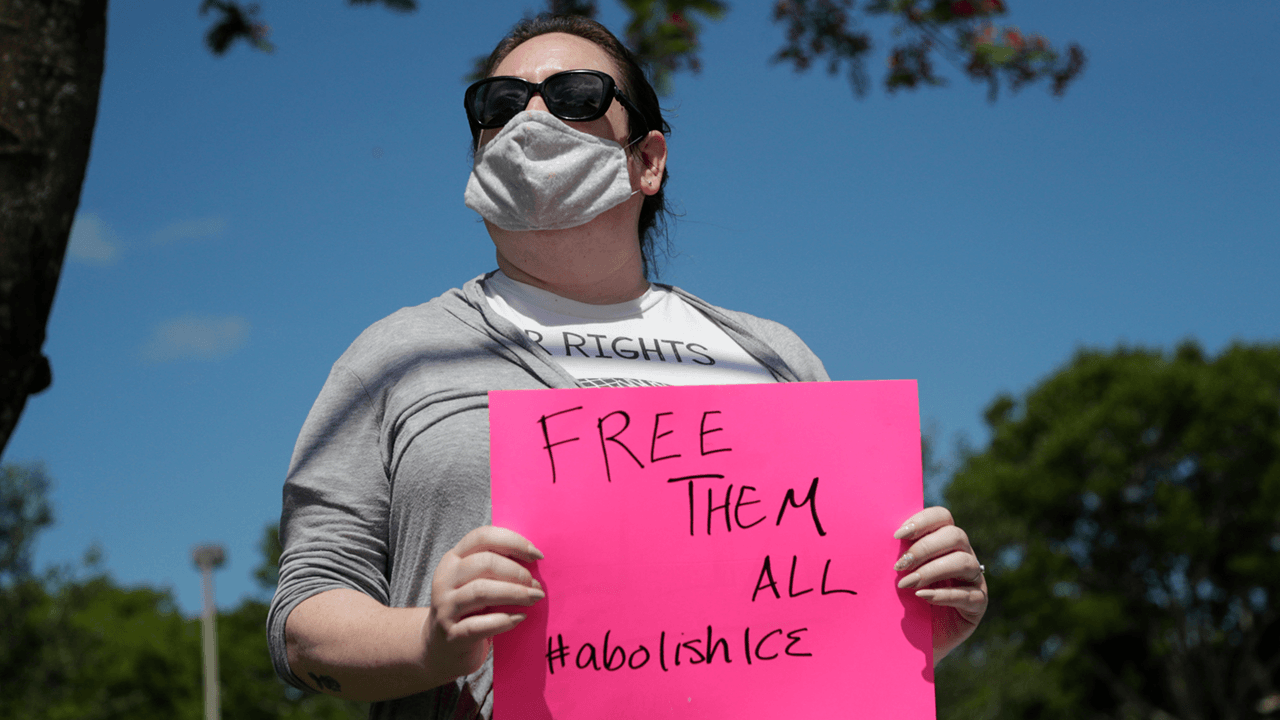 The American Civil Liberties Union has called upon the Biden administration to shut down Immigration and Customs Enforcement detention facilities, which house individuals in preparation for deportation to their home countries.

In a public letter to Department of Homeland Security Secretary Alejandro Mayorkas on Wednesday, the ACLU called on the administration to close 39 detention facilities operated by ICE.

The organization alleges that those housed in ICE facilities have experienced sexual abuse, forced sterilization, increased use of force and solitary confinement. The ACLU says it wants ICE facilities with previous reports of inhumane treatment, as well as those located in remote locations (which are typically away from anti-ICE protesters), to be shut down.

BREAKING: We just sent DHS Secretary Mayorkas a letter calling for the closure of 39 ICE detention facilities around the country.

It's time for DHS to shrink this cruel, inhumane, and unnecessary system.https://t.co/i2qnAk9iWG

“The Biden administration was elected with a mandate to fix our broken immigration system, and immigrant detention is an early test of its resolve,” said Naureen Shah, senior advocacy and policy counsel at the ACLU.

“Closing detention sites should be an easy decision,” she added. “Millions of taxpayer dollars are being wasted to maintain thousands of empty beds and keep asylum seekers and immigrants in inhumane and life-threatening conditions. The number of detained people is currently lower than it’s been in two decades: President Biden has a unique moment to shrink the infrastructure that’s been used to abuse and traumatize immigrants for decades.”

ICE currently houses slightly over 15,000 detainees across 200 facilities, a number that is at its lowest in history due to former President Trump’s policies that expedited deportations and included aggressive border policing.

The ACLU credits the shutdown of asylum under the Trump administration as a reason for the low figures, alongside its own advocacy and litigation against ICE.

“Through COVID-19 related litigation, advocacy, and the shutdown of asylum under the Trump administration, detention rates dropped to rates lower than we’ve seen in two decades,” the ACLU stated. “There are currently more than 15,000 people detained — this is just over a quarter of the people who were detained at the peak in 2019. ICE is currently wasting over $1 million a day on guaranteed minimum bed space that isn’t being used. The ACLU’s list is intended as a starting point for the administration to begin ending the mass criminalization and default incarceration of undocumented immigrants.”