Those in attendance were not convinced the statements, images and paraphernalia sported by the Azov Battalion were not merely Russian propaganda. 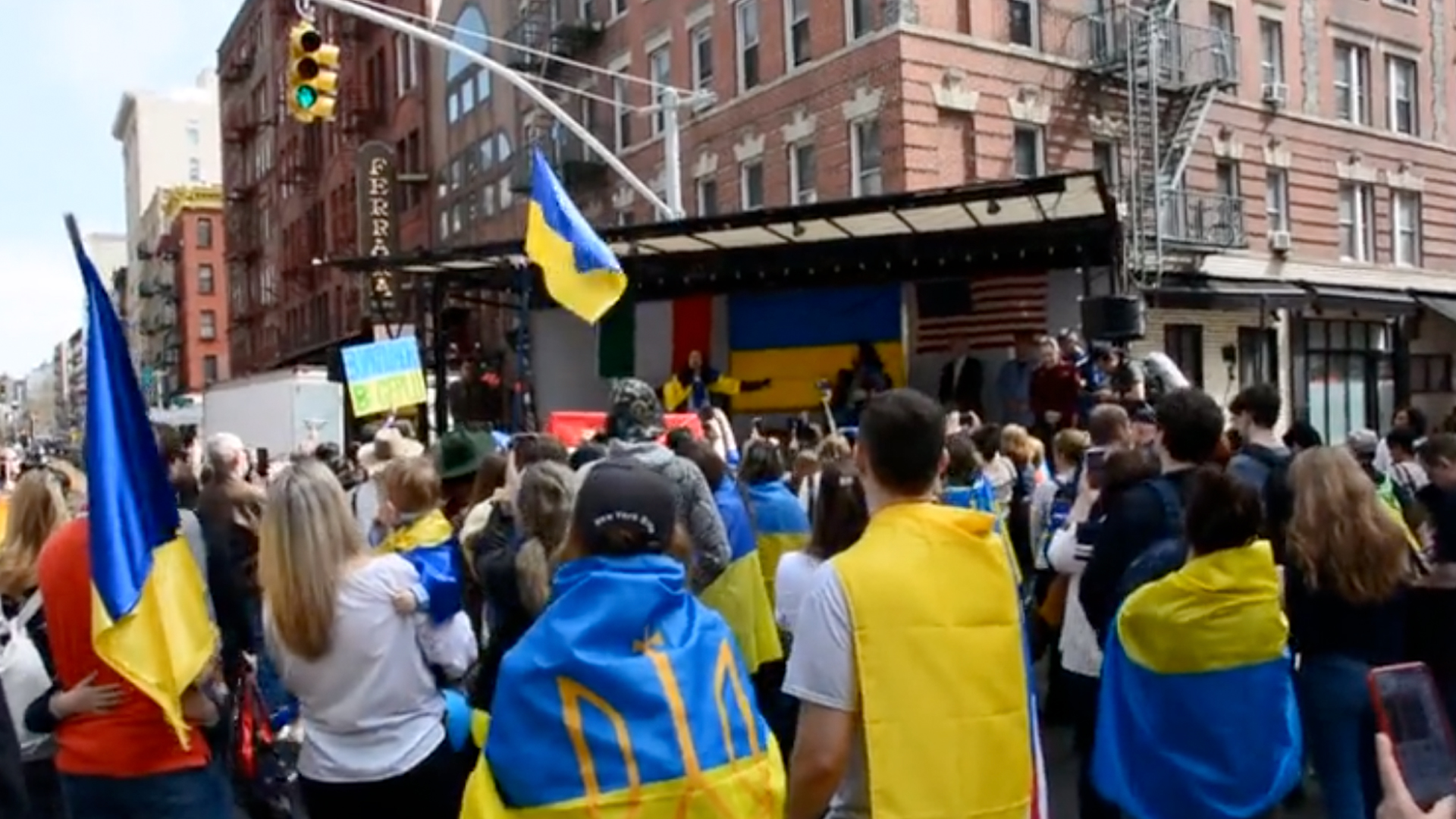 Over 100 New Yorkers recently rallied in support of Ukraine in an attempt to raise funds for the country, as reported by TimCast.

The crowd even drew out State Senator Brian P. Kavanagh, who told reporter Elaad Eliahu that he thinks “it’s important that we provide Ukrainians with the resources that they need to defend their country.”

“The notion that this invasion is anything but an effort by the leader of Russia to claim the legitimate territory of a sovereign nation is crazy,” Kavanagh continued.

Eliahu also asked demonstrators about “Nazi imagery” and the infamous Azov Battalion, receiving replies such as “No Nazis, they're nationalist but they are not against any other thing, they are protecting Ukraine and Ukrainian culture.”

Another rallygoer replied, saying “I don't think they have anything to do with Nazis,” and when asked about potential Nazi imagery/photos used by soldiers fighting for the battalion, stated “I can't verify their validity because those pictures mostly have been distributed by Russian propaganda.”

The history of Azov and other Ukrainian political parties pre-dates any war-time "propaganda".

It's not hard to find either.
Shoutout Elad. https://t.co/pbwGdRCXZd

Supporters were also asked if they support American boots on the ground in Ukraine, to which the majority replied that it was unnecessary, but also stressed the need for further militaristic aid.