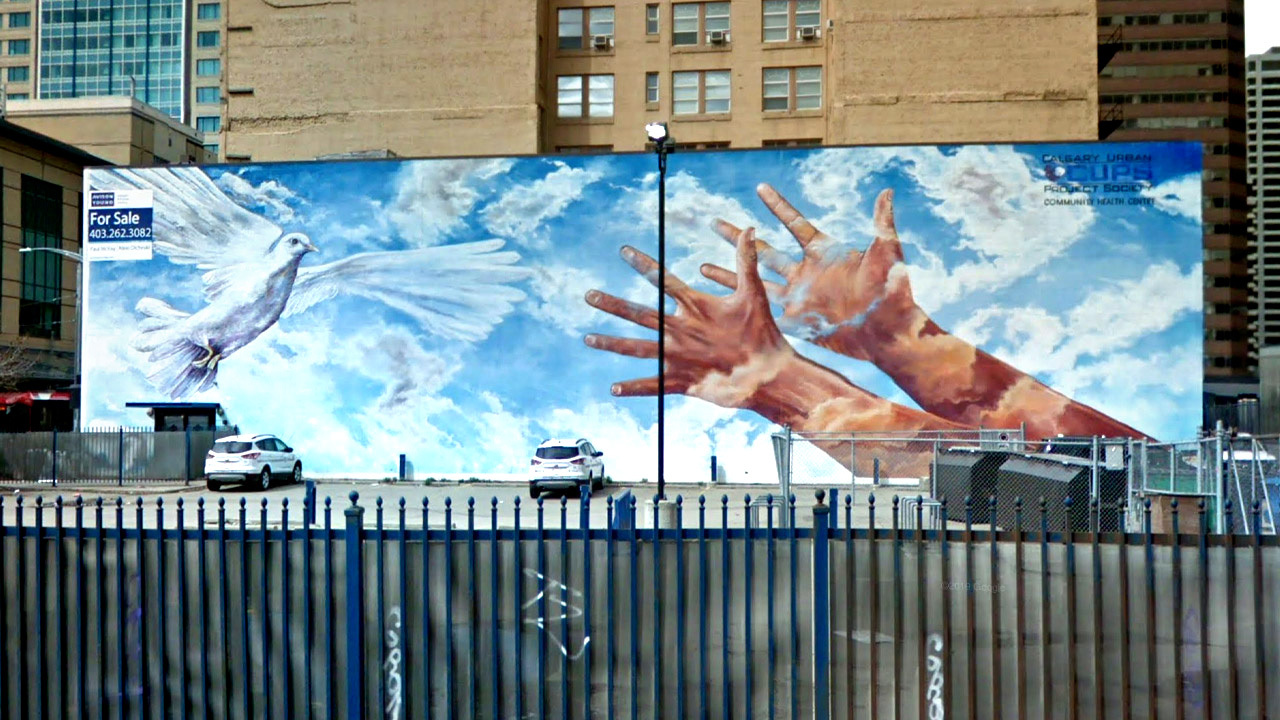 Calgary Mayor Naheed Nenshi hates beauty. Years ago, after his first term, Nenshi was once known as the “Worlds Greatest Mayor,” but that since then he has become more known for his poor art choices.

Nenshi wasted millions of dollars on modernist trash like the two bobbing chickens outside his extravagant library, half a million on the Bowfort Towers (massive rusted steel columns) and of course just shy of $500,000 on the iconically ugly Big Blue Ring. Really, that's all it is — a massive blue ring.

Nenshi isn’t just set on paying through the nose for abstract junk. He wants to get rid of one of the few beautiful things the city still has left. I’m referring to a giant mural in the west end of the city core, a well-known brick canvas featuring two giant hands releasing a dove. “Giving Wings to the Dream,” is what the 25-year-old masterpiece is called, and it inspires everyone from the intern on her way to work, to the recovering opioid addict.

Everyone can see a message in the nuanced artwork, and that is what makes it beautiful — that is also why Nenshi hates it.

He just commissioned a radical Black Lives Matter surrogate to cover this popular artwork with a political message painted by a “QTBIPOC artist” (Queer, Transgender, Black, Indigenous, Person of Colour).

While unemployment soars, at a time when all Calgarians need to see a message of hope, optimism, and peace (not just the 4.6 per cent of the population who are black), Nenshi is paying over a hundred thousand dollars to deface one of the last beautiful things left in the city.

It’s not just at that location, either — Nenshi wants three more similar installations throughout the city.