CAUGHT ON CAMERA: Police classify decapitation of Virgin Mary statue as mischief, not a hate crime 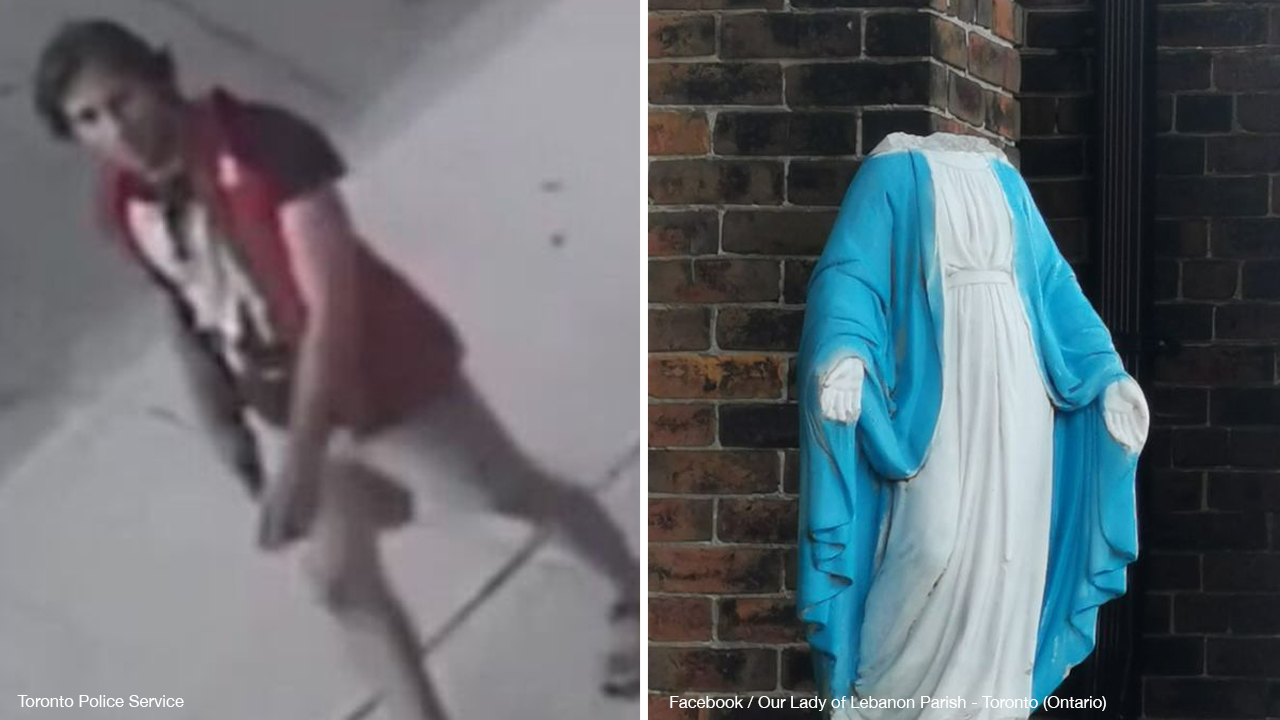 Police are asking the public for help in identifying a man suspected of mischief in beheading a statue of the Virgin Mary at a Maronite church in Toronto.

The statue was vandalized early Sunday morning at the Our Lady of Lebanon Parish on Queen Street West and an investigation was launched by Monday afternoon.

The suspect is described as 5'11"- 6'1", thin build, long dark swept back hair, and clean shaven. He was wearing a black t-shirt with a large white design on the front, a thin red vest over the t-shirt, beige shorts and dark Birkenstock-style sandals.

In a Facebook post on Sunday afternoon, a spokesman for the Church gave more detail, adding that they would review their security footage:

Sunday August 30th, 2020, before we started our Masses at Our Lady of Lebanon church Toronto, we were shocked to discover a horrible act of vandalism: We found that the statue of the Virgin Mary, erected in front of the church, was completely decapitated! Most probably this was done during the night or at dawn.

We couldn't find the head anywhere near the statue...

Our parishioners, when exiting the church, were horrified to see such a deplorable and malicious act.

If you have any information, you can contact the Toronto Police here.

In June, eight statues depicting the Stations of the Cross at Grotto of Our Lady of Lourdes in Sudbury, Ontario were beheaded in broad daylight.

Like the vandalism of the Virgin Mary on Sunday, the decapitation of religious states at Our Lady of Lourdes was classified as “mischief,” not a hate crime.