Among the group of thirteen arrested across two locations, four were charged with conspiracy to commit murder, with the targets being the RCMP. 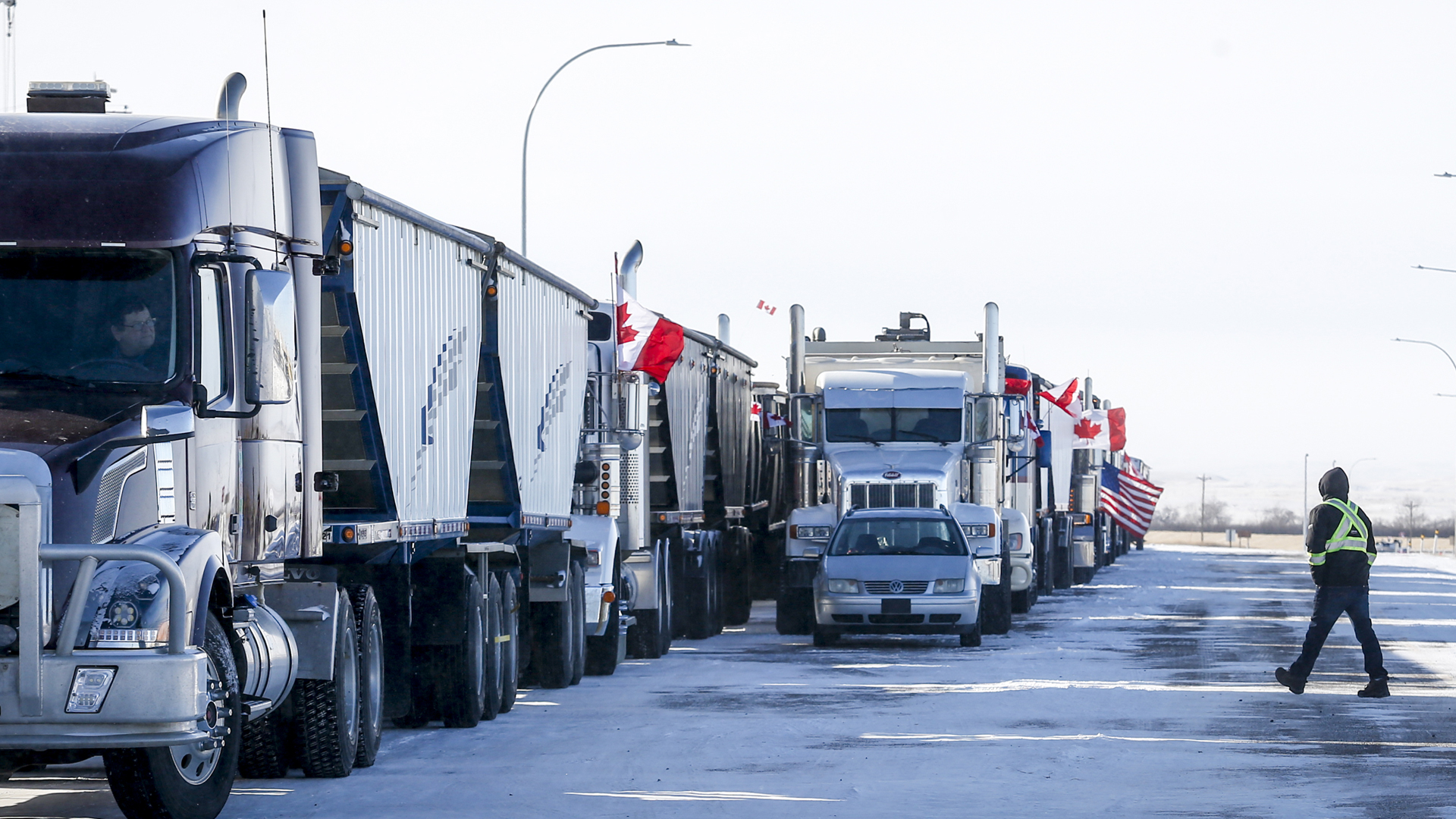 63-year-old Joanne Persons still faces charges of dangerous driving after she is alleged to have gone around a police checkpoint during last February's anti-covid restriction border blockade in the southern Alberta village.

That charge stems from a head-on collision with another vehicle.

Persons was one of eleven people arrested on her property on February 14, 2022, in a police raid that uncovered "13 long guns, handguns, multiple sets of body armour, a machete, a large quantity of handguns and high-capacity magazines".

Among the group of thirteen arrested across two locations, four were charged with conspiracy to commit murder, with the targets being the RCMP.

Joanne Person charged with possession of a weapon and mischief to property during the Coutts blockade last winter has had those charges dropped in Lethbridge court. The 63-year-old Person still faces a charge of dangerous driving-set to go to trial next month. Pic: Facebook pic.twitter.com/IDO7gmde6x

Four other men remain behind bars for related conspiracy to commit murder and weapons charges after police alleged the quad were plotting to kill RCMP officers in the tense but peaceful protest against vaccine mandates. Court proceedings for the men are subject to a publication ban. The four are alleged to have been at Persons Coutts-area home.

WATCH: Chris Lysak, Chris Carbert, Anthony Olienick, and Jerry Morin will now face the courts over charges of conspiracy during the 2022 Coutts blockade, but are the charges themselves the real conspiracy?https://t.co/m6WsUEzcwL

Rebel News has a team of journalists on the ground in Lethbridge today to cover the court proceedings, including Rebel Commander Ezra Levant.https://t.co/bMHYAHpo3A

Rebel News journalists were on the scene of the Coutts blockade from the beginning.

To see the full-length documentary of what really happened during the border blockade, please visit www.TruckerDocumentary.com.