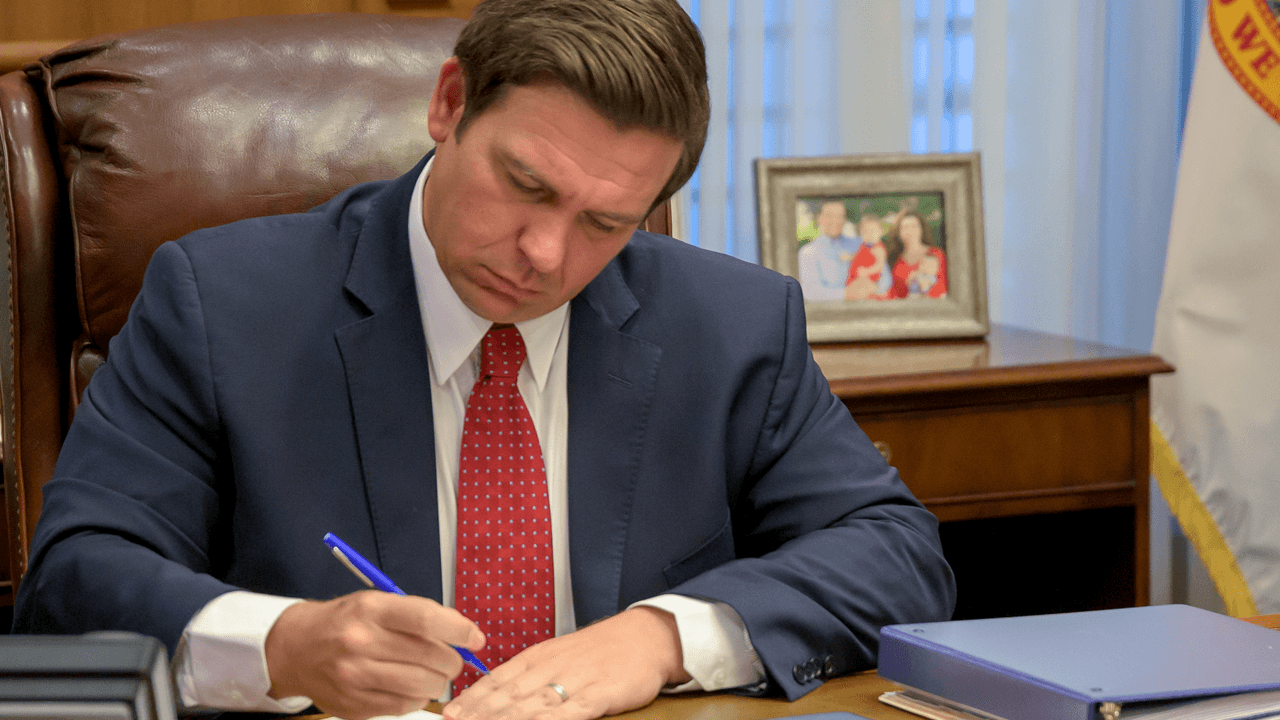 Republican Florida Gov. Ron DeSantis signed two bills into law on Monday with the intention of taking action against China, ahead of Democrat President Joe Biden, who has held back from confronting America’s largest enemy.

The two bills aim to stop the spread of foreign influence in the state and to enforce stricter penalties against those convicted of espionage. During his speech, DeSantis blasted China and called the country an “adversary,” something Biden has refused to do.

The first bill, HB 7017, specifically mentions China while the second bill, HB 1523 (Combatting Corporate Espionage in Florida Act), does not. However, DeSantis gave examples that specifically referred to China while discussing the need for HB 1523.

Highlights of HB 7017 include:

Highlights of HB 1523 (Combatting Corporate Espionage in Florida Act) include:

In his speech, DeSantis warned that China has infiltrated nearly every industry in the U.S. and is trying to shape U.S. policy and culture while simultaneously stealing American trade secrets. He also blamed the COVID-19 pandemic on China, repeatedly mentioning the Chinese government’s obfuscation of the origins of the coronavirus, and discussed the Wuhan Institute of Virology.

“We’re here today to sign two important pieces of legislation into law. And the goal of these bills is to stop, combat nefarious foreign influence and corporate espionage in Florida. If you look at what’s gone on now, with the coronavirus pandemic, and the cover-up of the origins of COVID-19, it’s pretty clear that this was a virus that almost assuredly leaked out of this lab in Wuhan. This is a lab where these scientists were working very closely with the Communist Party of China, as well as the Chinese military.”

“When you had these folks fall ill who are working in that lab last fall, the Communist Party of China decided to cover it up. They didn’t give any information out. They didn’t ask for any assistance. They didn’t give a heads up to anybody. They tried to cover it up. And basically, the world has had to endure over a year and a half of a lot of bad stuff as a result of this. So they covered it up. And they need to be held accountable for this,” DeSantis said.