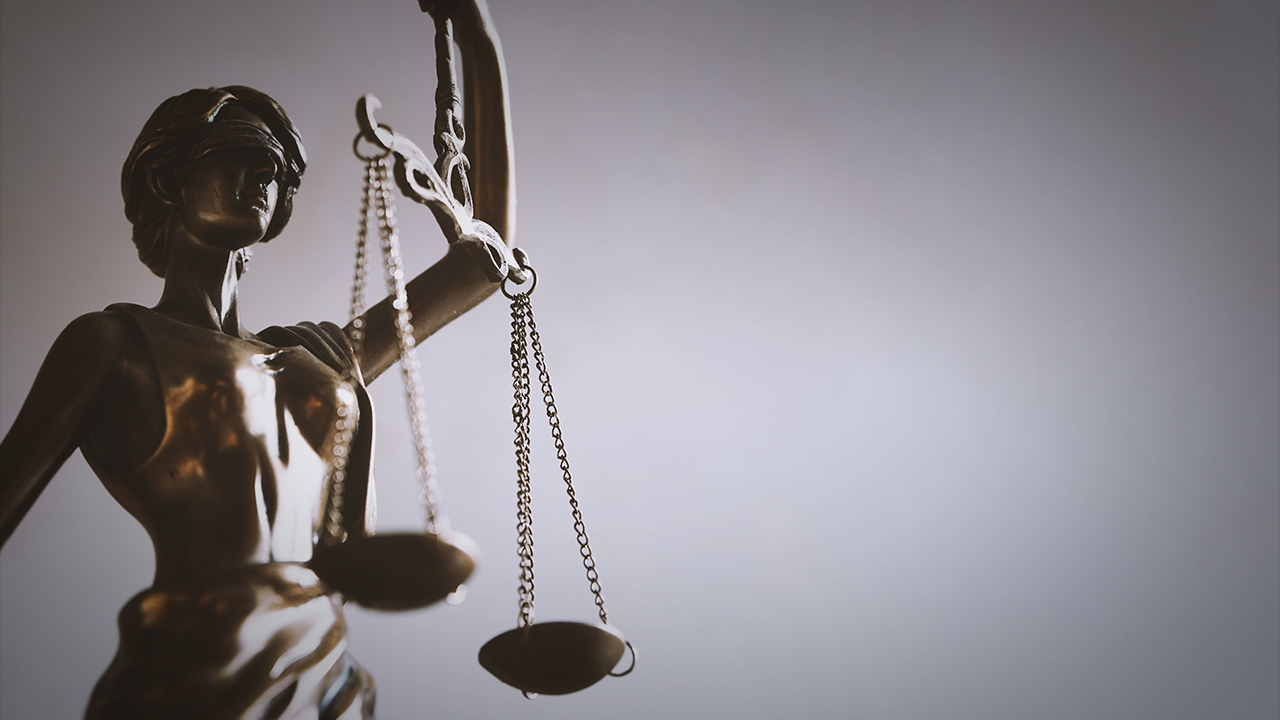 Demand Letter to the BC Government

On August 23, 2021, the British Columbia Government announced that it would mandate proof of vaccination for individuals to participate in public life in the province starting September 13, 2021.

Before the mandate was officially implemented our team of lawyers sent a letter to the government stating that they have failed to publish any authority for this announcement.

It has been widely reported that the requirement to be vaccinated will be mandatory and no accommodation shall be made for individual Human Rights or Charter considerations.

That's why we, in partnership with The Democracy fund, called on the British Columbia Government to:

"Immediately correct the misreporting that has occurred on this issue, assuring all members of the public that the Government of BC will respect its Charter obligations and long-established Human Rights of its citizens, and specifically will respect valid medical, religious, and other exemptions."

You can learn more about the legal proceedings and follow along for updates on this page.

Read our Demand Letter to the BC Government here: 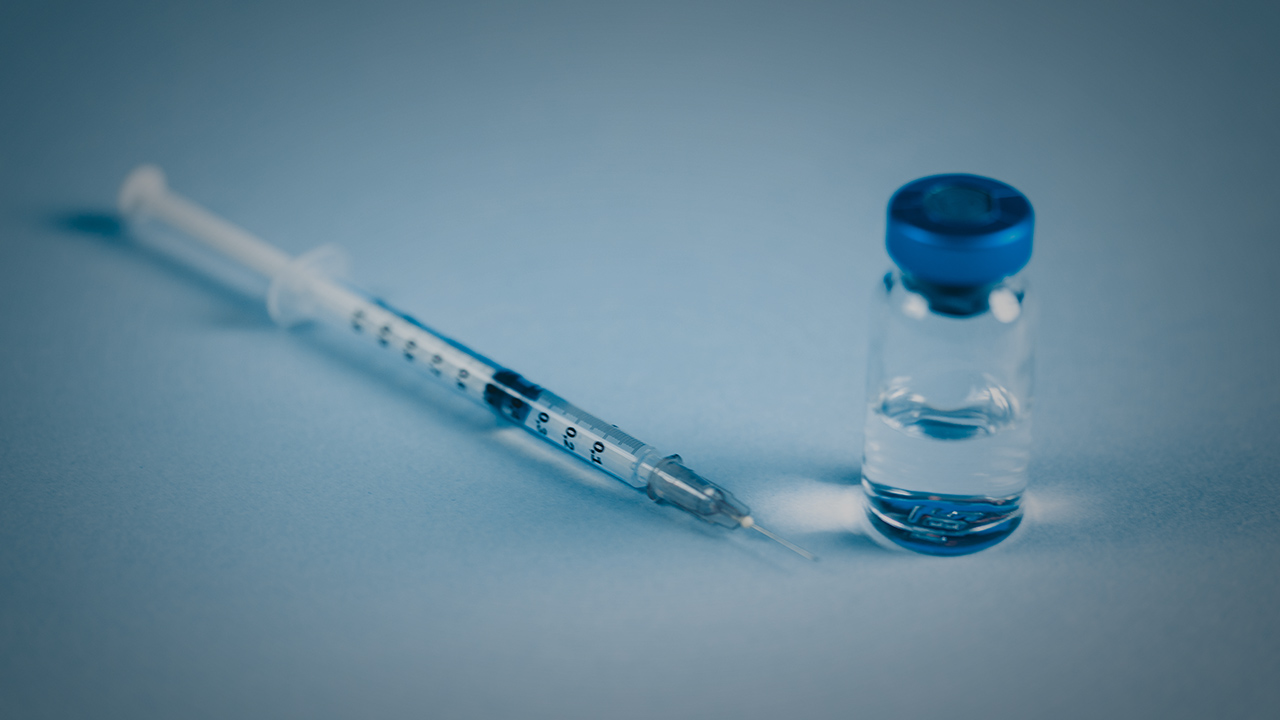 Sarah Webb is a healthy mother of two young children from British Columbia.

She currently works in hospitality as a hotel manager in BC and Alberta.

In April 2021, Sarah became eligible to receive her Covid-19 vaccination and booked her appointment in accordance with the prescribed guidelines in Alberta and BC.

On May 2, 2021, Sarah received her first dose of the Moderna vaccine.

On Saturday, May 8, just days after receiving her first dose, a lymph node on Sarah's armpit began to swell.

By 6:00 pm that same evening, a rock-hard lump also appeared on her shoulder where the vaccine was administered. This was accompanied by sharp pain and difficulty raising her arm.

Later that evening, Sarah attended the Emergency Department of the Rockyview general hospital in Calgary, AB. The hospital conducted an ultrasound which showed large amounts of fluid under the lump that had formed on her arm.

Sarah was advised she was having an adverse reaction to the Covid-19 Vaccine, was prescribed antibiotics and was discharged from the hospital.

The following day, Sarah's adverse reactions worsened and she later attended the Emergency Department of the hospital again where she was advised by another physician that the reaction was likely an infection brought on by the COVID-19 vaccine.

At this time, Sarah was advised by the physician to not move forward with receiving her second dose of the Moderna vaccine.

After keeping a log of all her symptoms, Sarah was later advised by her family physician that her symptoms are directly
related to her receipt of the Covid-19 Vaccine in May of 2021.

This vaccine card announcement shows that the government intends to require all people in BC to be vaccinated in order to access restaurants, indoor theatre/dance/symphony events, fitness centres/gyms, and organized indoor events such as conferences, meetings, and workshops.

Sarah regularly works and lives in BC and has to engage with businesses and events that are incorporated within the vaccine restrictions for her job.

She is physically unable to receive her second dose.

The Vaccine Card Orders unjustifiably infringe upon fundamental freedoms and rights protected by the Charter and to that extent should be of no force and effect.

That's why we, in partnership with The Democracy fund, have taken on Sarah's case. We have hired a team of lawyers to fight Vaccine Passports in court.

Our team of lawyers has issued a petition for an injunction to the BC Supreme Court.

You can learn more about Sarah's legal proceedings and follow along for updates on this page.

Petition to the Court: 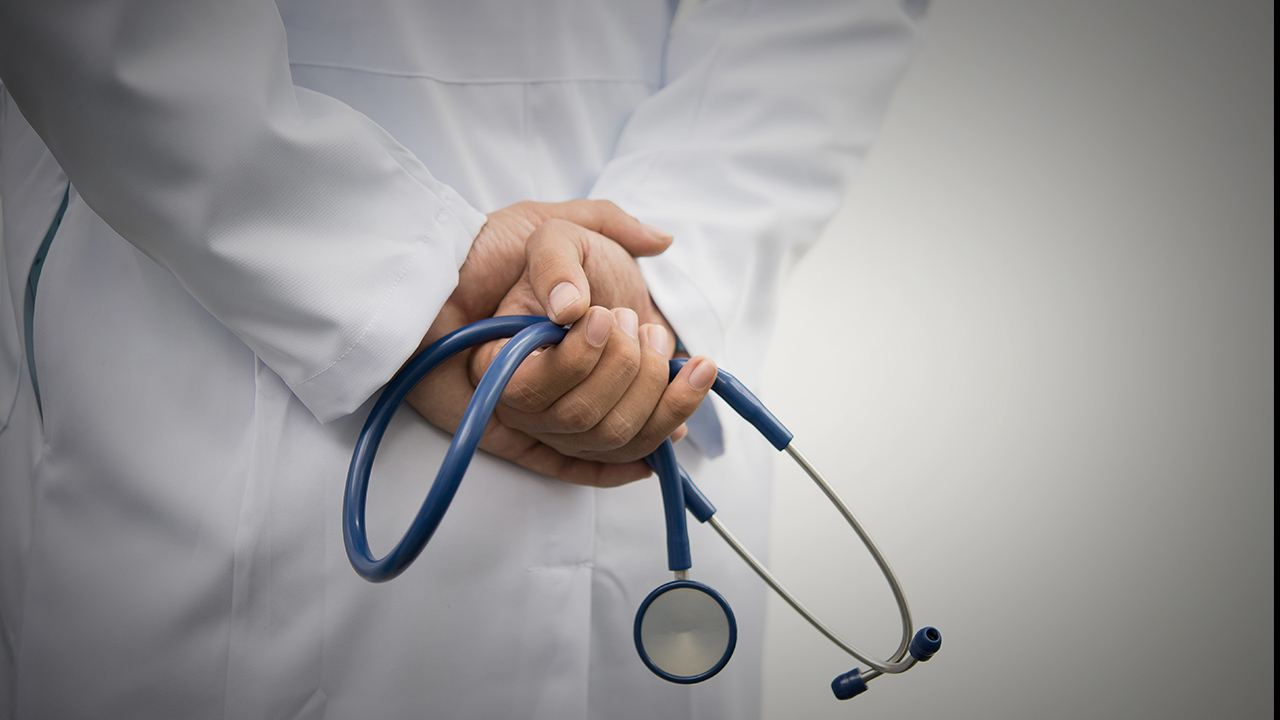 Leigh Anne Eliason currently lives in the Town of Maple Ridge in the Province of British Columbia with her husband and two children.

Leigh has a complicated medical history including a neuro-vestibular disorder, atrial fibrillation, and Wenckebach Syndrome.

Around the end of April 2021, Leigh became eligible to receive her first dose of the COVID-19 vaccine. Given her medical history, Leigh took steps to meet with her family physicians to determine whether the vaccine was safe for her.

On Monday, August 23, 2021, British Columbia's Premier John Horgan, the Provincial Health Officer, and Adrian Dix, BC's Minister of Health announced that starting September 13, 2021 proof of vaccination will be required in BC for all people attending certain business, social, recreational settings, and events.

In the vaccine announcement, Premier Horgan stated that “There is no reason why those who are anxious to participate in the social and economic life of our community can’t take that next step
and get that safe effective vaccine.”

Such a statement fails to consider the many members of the public, like Leigh, whose health and physical disabilities preclude them from receiving two injections of the COVID-19 vaccine.

The Vaccine Card Orders unjustifiably infringe upon fundamental freedoms and rights protected by the Charter and to that extent should be of no force and effect.

Our team of lawyers has issued a petition for an injunction to the BC Supreme Court.

You can learn more about Leigh's legal proceedings and follow along for updates on this page.

Petition to the Court: 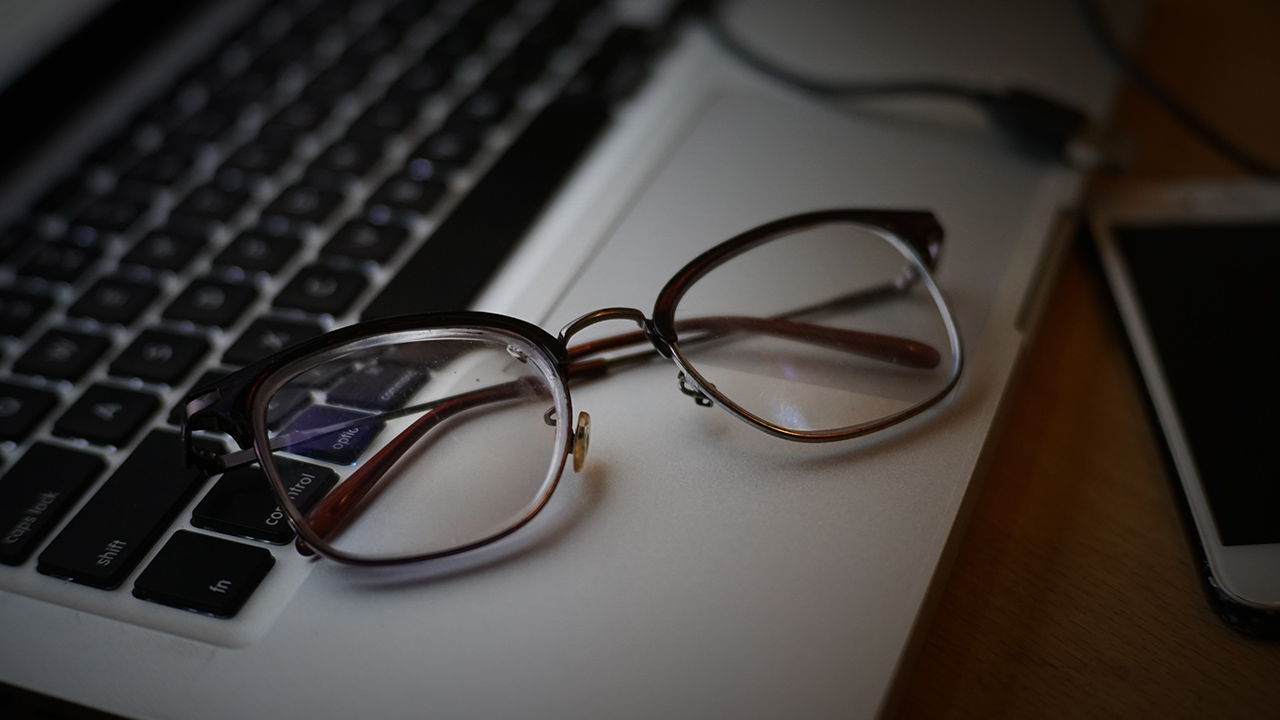 Alberta Health Services is attempting to force an IT employee, who works from home, to get a COVID vaccine.

A while back, Alberta Premier Jason Kenney told Rebel News reporter Adam Soos that his government is not just against vaccine passports, but that the premier would actively oppose them.

So why is an Alberta government agency, Alberta Health Services, mandating COVID vaccines for employees and contractors?

Why does our anonymous plaintiff need a jab to keep their job?

It's outrageous that anyone should be forced to take experimental medicine just to be able to earn a living and pay the bills, but it's more insane to find out that even people who work from home have to submit to private medical procedures too, just because they get a paycheque from the government.

That's why we are helping this AHS IT professional fight their vaccine passport.

Rebel News has put them in contact with a top-notch lawyer, Chad Williamson from Williamson Law, to fight this attempt at a coerced inoculation in court.

You can learn more about this AHS Employee's legal proceedings and follow along for updates on this page.

Our anonymous plaintiff is an Air Canada employee and a union member of CUPE.

The announcement was publicized in email and a press release.

The measures were described as follows:

This policy was not circulated among Air Canada employees, and flight attendants were not consulted about the impact this policy may have on their health, safety, privacy, and employment rights.

Many CUPE members now face discipline up to termination if they do not comply with the Air Canada Press Release Policy.

Many have legitimate reasons why they cannot comply, including our plaintiff, who has recovered from COVID-19 and has medical confirmation which indicates that her natural immunity is a sufficient proxy for vaccination.

Others may have legitimate religious or conscience views on the topic.

Finally, others might have legitimate concerns about an employer collecting such personal and sensitive health information without reasonable justifications.

The Air Canada Press Release Policy unreasonably intrudes on these CUPE members’ rights. Leaving CUPE members left to wonder if CUPE has prioritized its leadership's political views over its obligation to its members.

That's why we, in partnership with The Democracy fund, have taken on our plaintiff's case. We have hired a team of lawyers to fight vaccine mandates in court.

You can learn more about our plaintiff's legal proceedings and follow along for updates on this page. 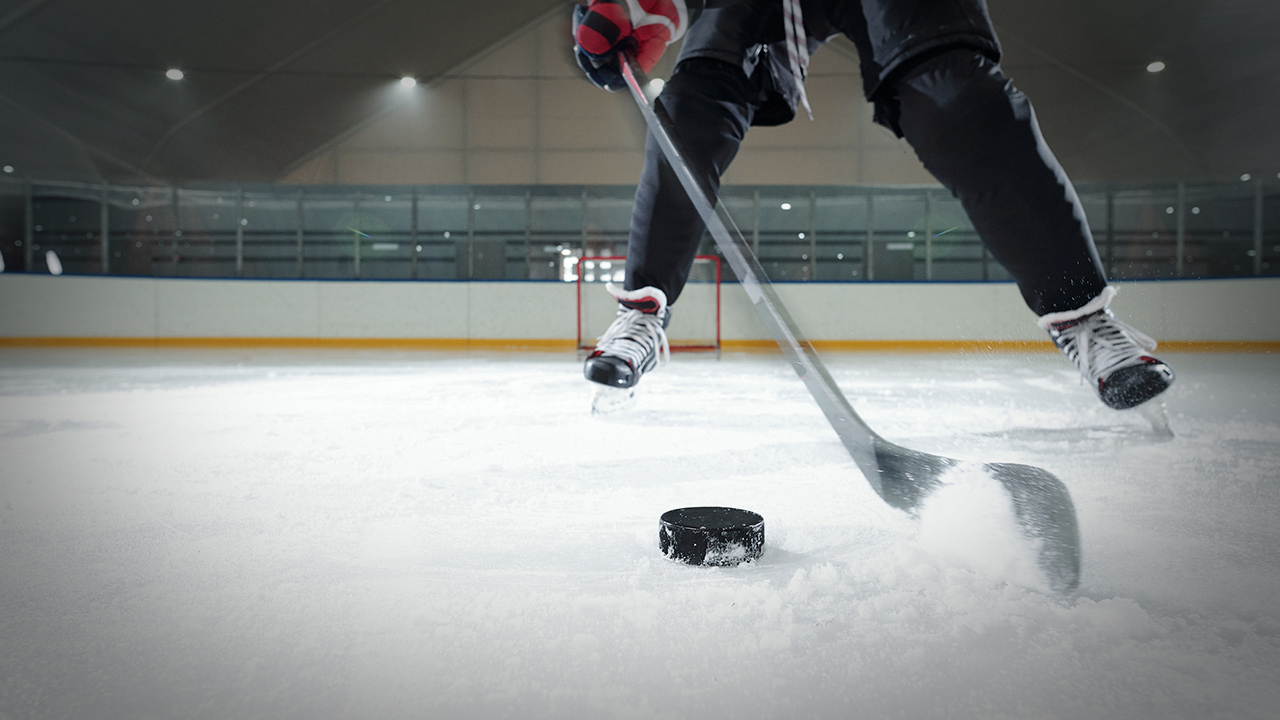 There are more than 1000 hockey parents across Ontario whose children play in Ontario Hockey Federation Member organizations.

Stephen Penney is one of them.

Stephen, along with many other parents are extremely concerned about the failure of the Member associations to properly implement the vaccination policy contained in OHF's Return to Hockey Framework which was released August 27, 2021.

These Member leagues are ignoring the Policy’s ‘recommended but optional’ approach to vaccines and are substituting coercive and heavy-handed policies which will result in the removal of potentially thousands of minor hockey players from their leagues this season upon refusal to comply.

OHF’s vaccination position, contained in the Policy, states the following:

"Looking ahead to the upcoming season, the OHF requests that all eligible players, coaches, officials, volunteers, staff, families and fans consider getting vaccinated, guided by information from health officials including Health Canada and Public Health Ontario"

The provincial government doesn't even require that minor athletes be vaccinated in order to participate in sport, nor do the regional Medical Officers of Health.

OHF’s position is also in keeping with the policy of Hockey Canada.

That's why our team of lawyers issued a letter to the executive director of the Ontario Hockey Federation.

Vaccine mandates on minors are both unscientific and unethical.

There is absolutely no “undue hardship” for the association to accommodate players who do not wish to be vaccinated for any reason whatsoever.

You can learn more about Stephen's legal proceedings and follow along for updates on this page. 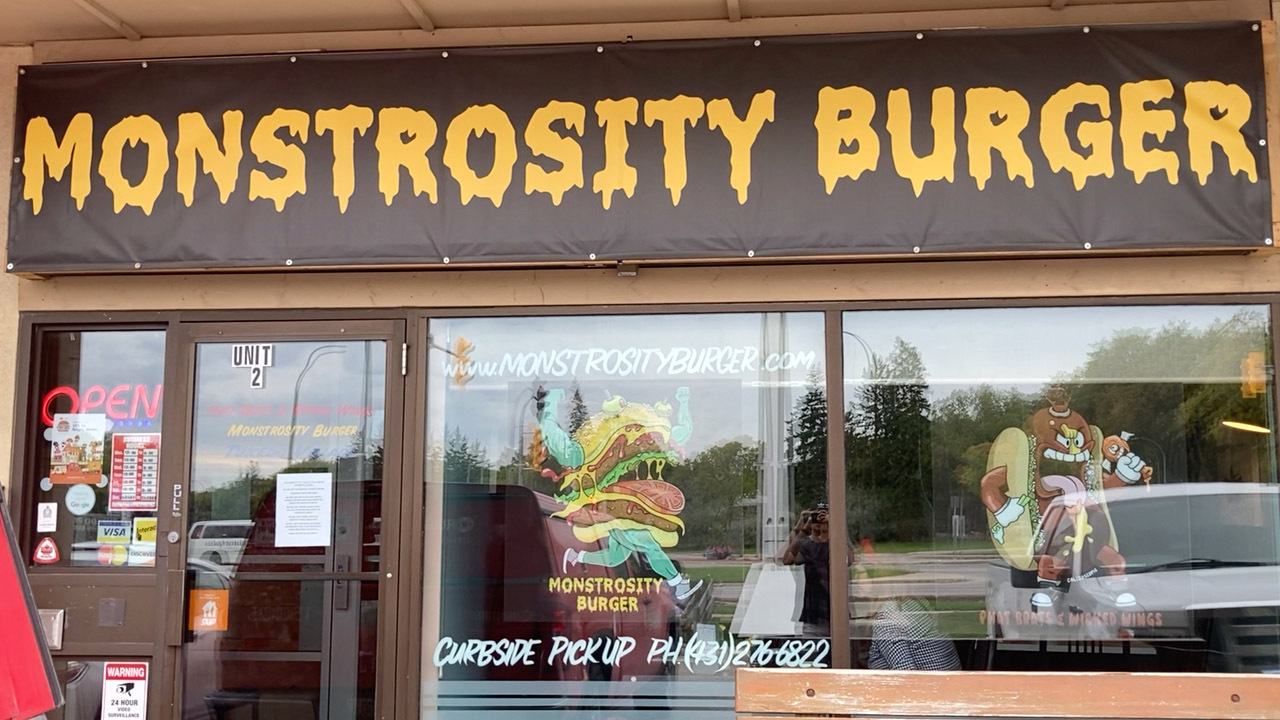 On September 3, the province of Manitoba made it mandatory for people to show proof of vaccination to enter a range of businesses including restaurants, movie theatres, bingo halls, and gyms.

Monstrosity Burger boldly decided not to discriminate on who can and cannot dine at their establishment based on their COVID-19 vaccination status.

Shortly after Manitoba's vaccine announcement, Dave and Paulina received two tickets for non-compliance at $5,000 each.

Manitoba law enforcement has now also issued them a closure order for all dine-in services, leaving their only options for service as takeout and delivery.

You can learn more about Monstrosity Burger's legal proceedings and follow along for updates on this page.

View their fines, tickets, and the closure order here: 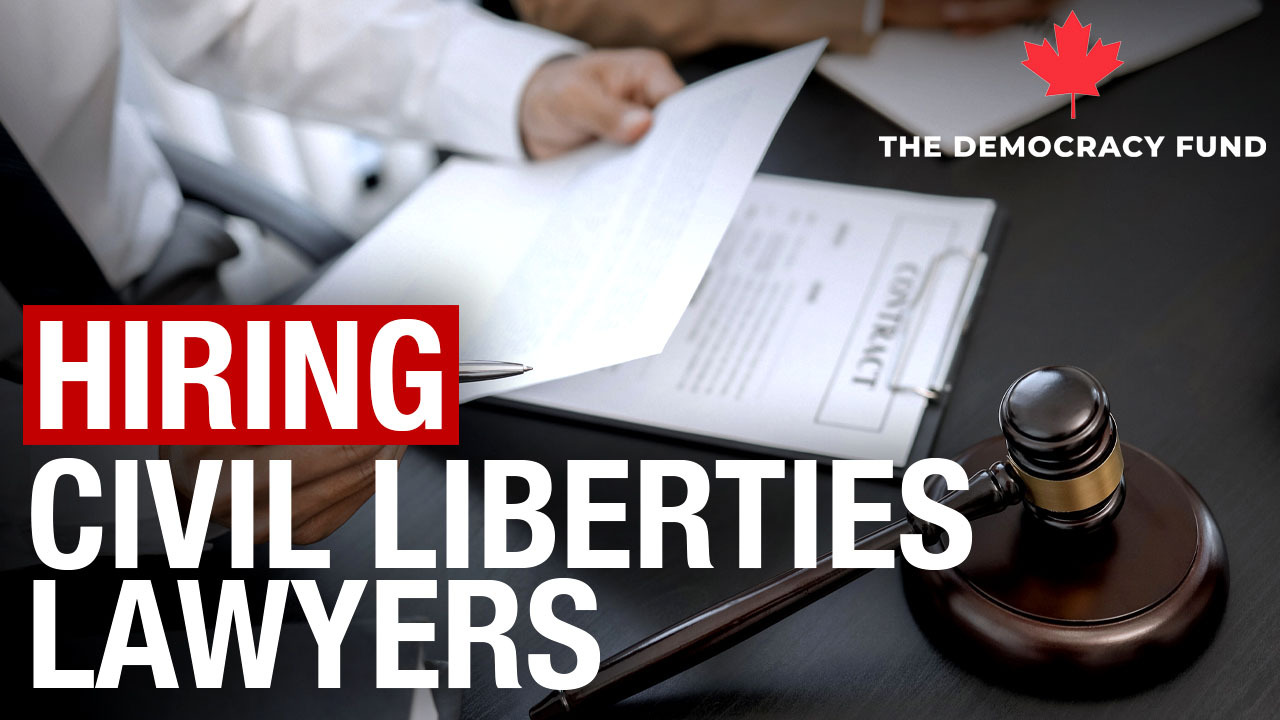 The Democracy Fund is hiring lawyers and paralegals to assist with civil liberties lawsuits, including the FightVaccinePassports.com initiative.

Canadians should not be discriminated against for their medical history. That’s private. Stop vaccine “passports" in Canada.

The Democracy Fund is hiring lawyers and paralegals to assist with civil liberties lawsuits, including the FightVaccinePassports.com initiative.