Leaders of the Salvation Army want white people to apologize for being racist. 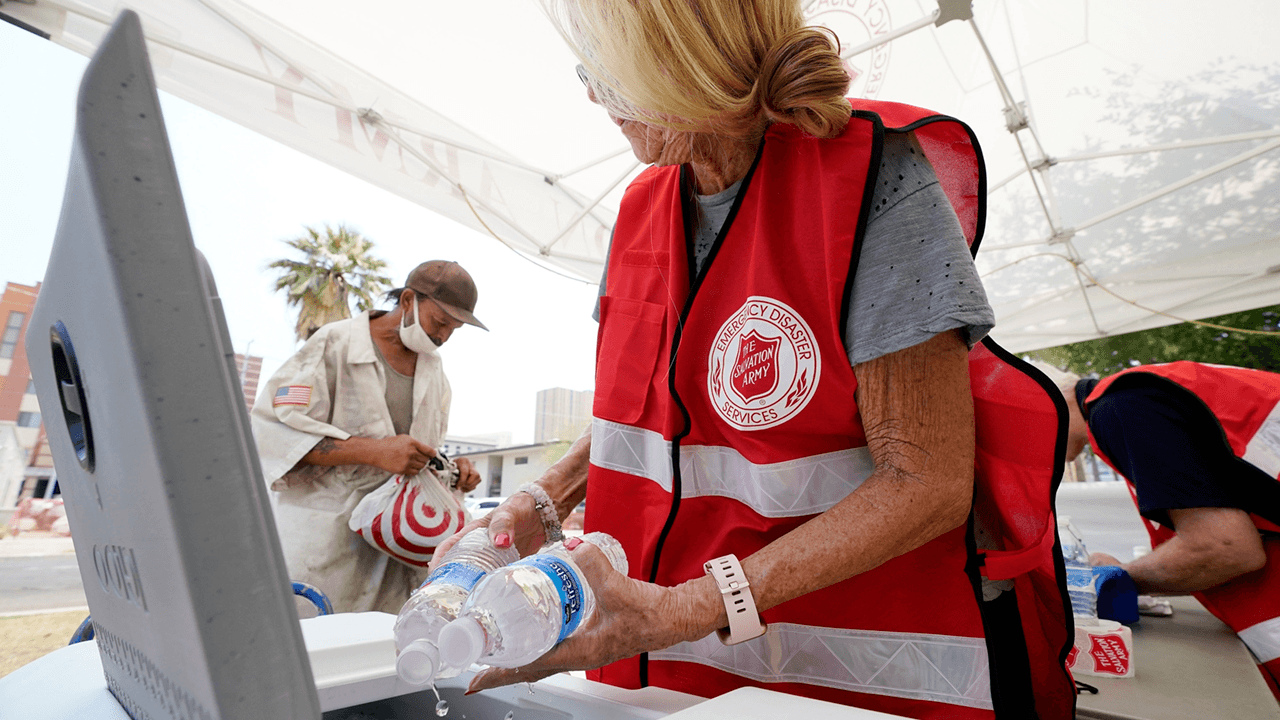 The Salvation Army is the latest organization to embrace the cult of wokeness. The evangelical relief charity, which is known for its support for victims of natural disasters and helps those affected to rebuild their lives, is now asking its white donors to offer a “sincere apology” for their racism.

In the holiday lesson, which is deeply rooted in critical race theory, leaders of the Salvation Army want white people to apologize for being racist.

“The desire is that Salvationists achieve the following,” the Army writes in an online “resource” titled Let’s Talk About Racism. The page lists several goals including to “lament, repent and apologize for biases or racist ideologies held and actions committed.”

The resource claims that Christianity is inherently racist, and calls on white Christians to repent, offering a “sincere apology” to black people for being “antagonistic … to black people or the culture, values and interests of the black community.”

“A resource developed to guide The Salvation Army family in gracious discussions about overcoming the damage racism has inflicted upon our world,” reads the document’s description. “The attached document is a voluntary discussion guide from the International Salvation Army. The tool has been provided through the International Social Justice Commission and is designed to stimulate gracious discussion among Salvationists who choose to participate.”

The Salvation Army’s International Position Statement on Racism defines racism as ‘The belief that races have distinctive cultural characteristics determined by hereditary factors and that this endows some races with an intrinsic superiority over others. “Racism” also refers to political or social programmes built on that belief. The use of the term “race” itself is contested, but is generally used to refer to a distinct group sharing a common ethnicity, national origin, descent and/or skin colour.’

Race and racism, however, were born of sinful human design, and have no basis in science or biblical thought. ‘The Salvation Army denounces racism in all forms.’ Yet race and racism have created detrimental divisions and harm throughout the earth, even in our Christian schools of thought and methodology, and have led to slavery, caste systems, war, genocide, and unequitable systems and statuses.

This resource is designed to foster conversations about racism and race so that we can join together to fight the evil of racism and create a more just and equitable society. Take this opportunity to listen and learn from each other as you open your hearts to what God is speaking to you. Please also keep in mind that this was written within the context of the United States of America (USA), and in particular the African American experience. It is recognized that subsequent conversations and development tools will be needed in fostering a global racism dialogue.

WHY DO SALVATIONISTS NEED TO TALK ABOUT RACISM?

A major component of The Salvation Army’s international mission statement is ‘… to preach the gospel of Jesus Christ and to meet human needs in his name without discrimination.’ However, we cannot truly serve our brothers and sisters if we allow discrimination and racism to happen around them or even within The Salvation Army. Our International Position Statement1 reads, ‘The Salvation Army acknowledges with regret, that Salvationists have sometimes shared in the sins of racism and conformed to economic, organisational and social pressures that perpetuate racism.’, and challenges us to fight against racism. As Salvationists and Christians, we are called to stand against any form of sin or oppression, and racism is no different.

In addition, The Salvation Army is a holiness movement and we believe that our journey towards holiness includes the whole person. One of the founders of The Salvation Army, Catherine Booth, stated that, ‘God proposes to restore me, heart, soul, spirit, body, every fibre of my nature to restore me perfectly, to conform me wholly to the image of his Son.’2 Whole restoration includes embracing diversity as God’s design for humanity and rooting out racism, bias and discrimination from our lives. If we indeed seek to fully meet human needs, we must combat everything that stands against those whom The Salvation Army serves, and racism is not exempt from this decree. As a holy people, we are called to stand against this evil and dispel it from our ranks.

Many have come to believe that we live in a post-racial society, but racism is very real for our brothers and sisters who are refused jobs and housing, denied basic rights and brutalized and oppressed simply because of the color of their skin. There is an urgent need for Christians to evaluate racist attitudes and practices in light of our faith, and to live faithfully in today’s world. We need to seek the wisdom and grace of God in every part of our lives.

In an accompanying Study Guide on Racism, linked within the document, the Salvation Army says plainly that whites are racist.

“The subtle nature of racism is such that people who are not consciously racist easily function with the privileges, empowerment and benefits of the dominant ethnicity, thus unintentionally perpetuating injustice,” the guide suggests.

“We must stop denying the existence of individual and systemic/institutional racism. They exist, and are still at work to keep White Americans in power,” it adds.