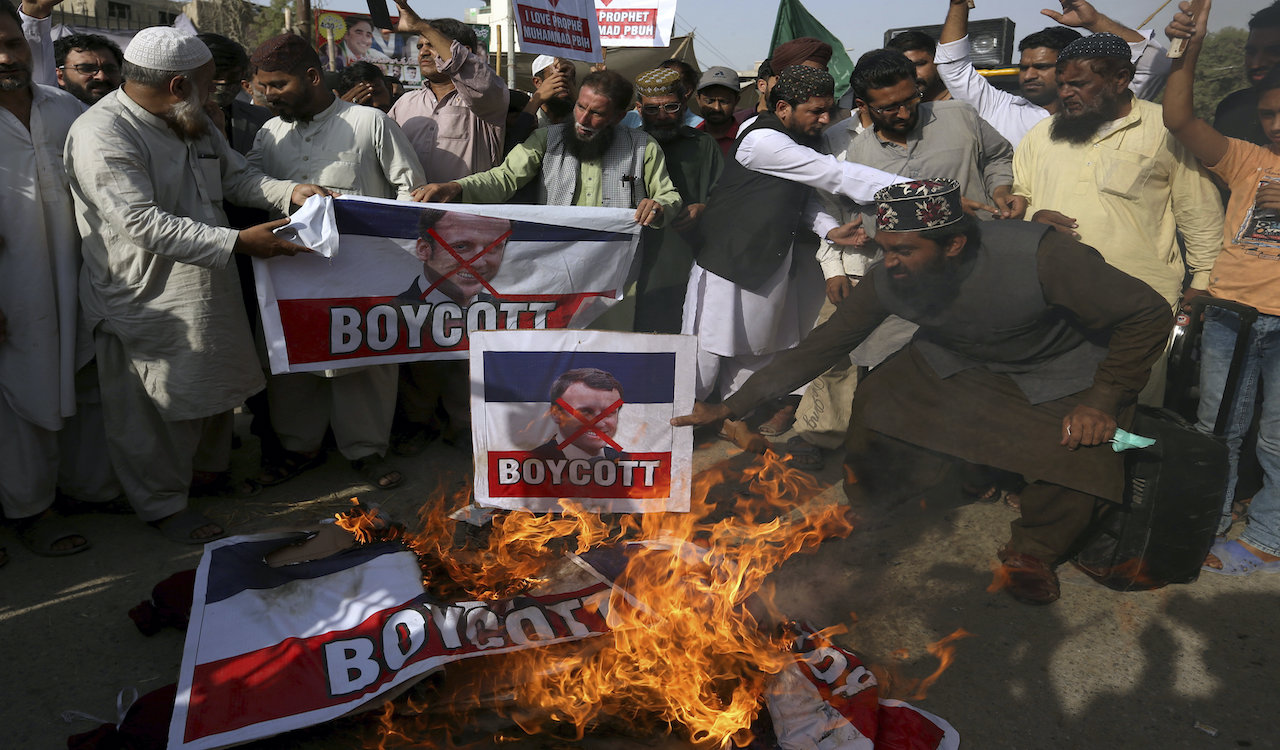 A statement released by the foreign ministry said “these calls for boycott are baseless and should stop immediately, as well as all attacks against our country, which are being pushed by a radical minority,” according to French news outlet France24.

“These calls distort the positions defended by France in favour of freedom of conscience, freedom of expression, freedom of religion and the refusal of any call to hatred,” the statement declared.

The strongest support for the boycott of French goods came from Turkish President Recep Tayyip Erdogan, who suggested Macron was enacting an “anti-Islam” agenda, while telling his supporters “just like they say, ‘Don't buy goods with Turkish brands’ in France, I am calling to all my citizens from here to never help French brands or buy them.”

“You are in the true sense of the word a fascist. You are a link and a chain of Nazism.”#FranceBoycott #France #boycottfrance #boycottfrenchproducts pic.twitter.com/gknmXSh4C8

Following the horrific attack on a French school teacher Macron hailed the victim, 47-year-old Samuel Paty, as a “quiet hero” after he had shared cartoon pictures of the Prophet Muhammad with his class. The teacher also offered Muslim students a chance to leave before showing the images, in an effort to avoid any offence.

We will not give in, ever.
We respect all differences in a spirit of peace. We do not accept hate speech and defend reasonable debate. We will always be on the side of human dignity and universal values.

President Macron vowed France would “not give up our cartoons” while praising the slain Paty as an embodiment of the nation's spirit.

He was killed precisely because he incarnated the Republic. He was killed because the Islamists want our future. They know that with quiet heroes like him, they will never have it.

The attacker, an 18-year-old Russian of Chechen descent, was shot dead at the scene by police. Nine others, including four family members of the attacker, were arrested in relation to the attack.