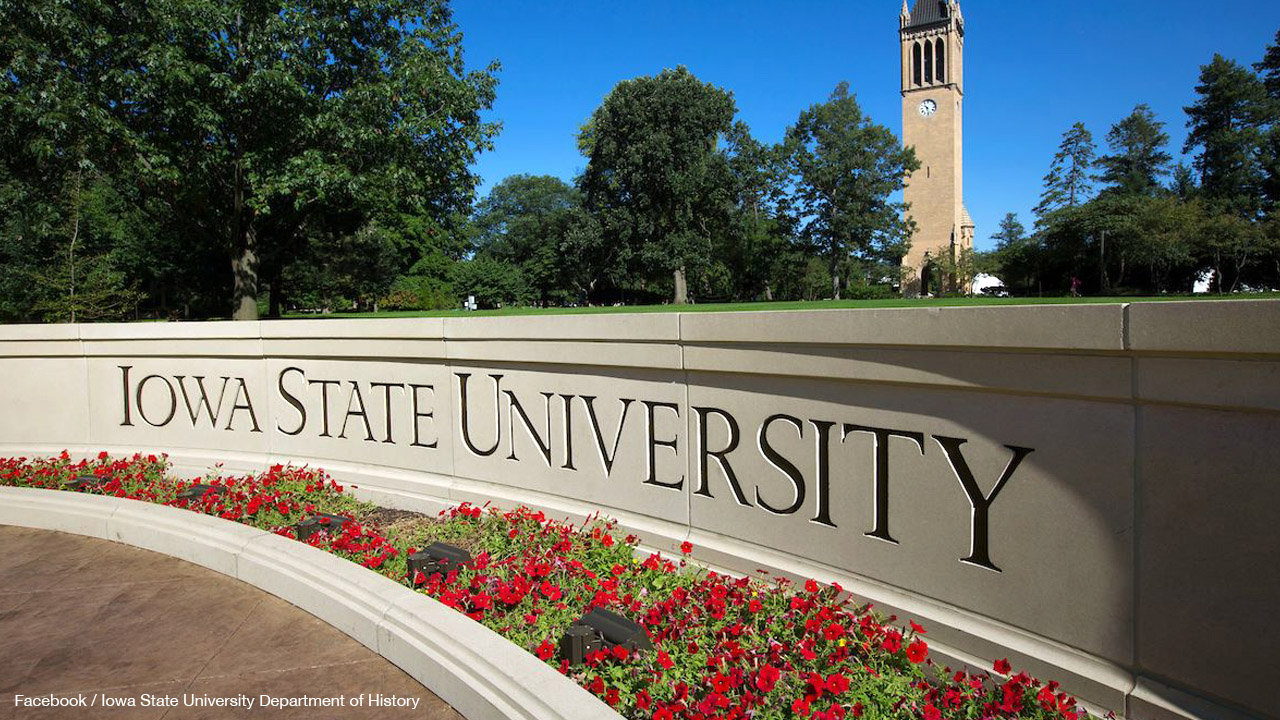 There is such a thing as being too “woke,” and one Iowa State University professor crossed the line when she threatened to dismiss students who voiced opposition to Black Lives Matter, or expressed support for pro-life views, among other contentious topics.

Chloe Clark, an English professor at Iowa State University, was forced to remake her syllabus after word of her policy was made public by Young America’s Foundation.

In the syllabus obtained by the Young America's Foundation (YAF), Clark issued a “GIANT WARNING” to students in her English-250 class.

This class will include many discussions about these subjects (and the texts we use) and, thus, participation will be a large factor in the class. GIANT WARNING: any instances of othering that you participate in intentionally (racism, sexism, ableism, homophobia, sorophobia, transphobia, classism, mocking of mental health issues, body shaming, etc) in class are grounds for dismissal from the classroom. The same goes for any papers/projects: you cannot choose any topic that takes at its base that one side doesn’t deserve the same basic human rights as you do (ie: no arguments against gay marriage, abortion, Black Lives Matter, etc). I take this seriously.

Students who refused to abide by her instruction, which infringe upon their right to free speech, are openly subjected to discrimination on political grounds by a far-left activist who made her ideology the focal point of her English class. 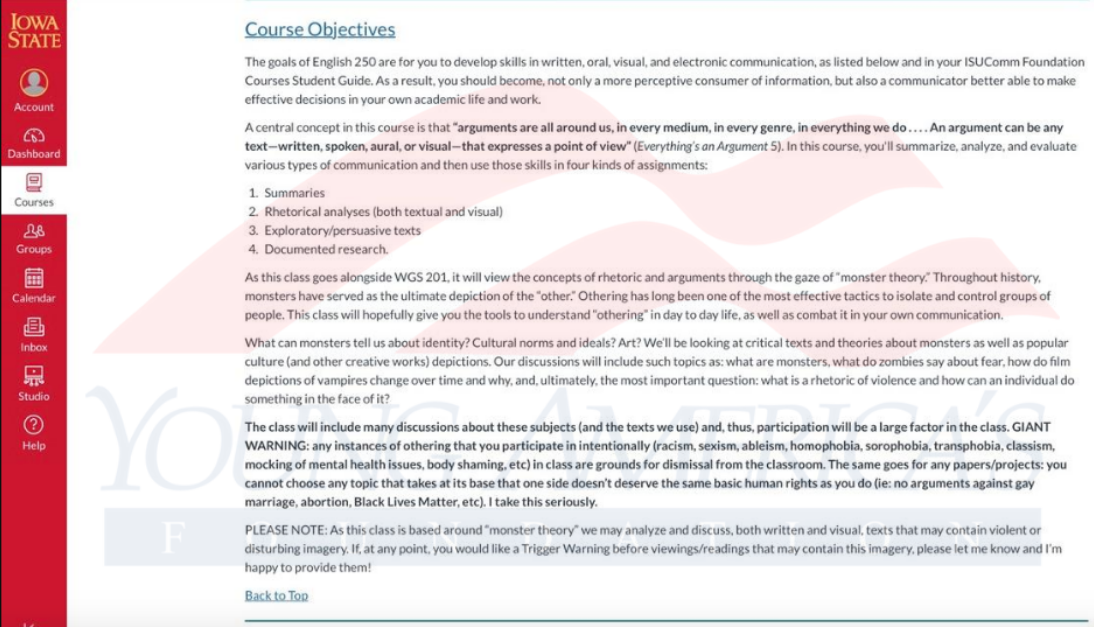 “This bigoted behavior from a public university professor is truly unbecoming,” wrote the YAF. “This blatant discrimination against conservative students, in particular those who are pro-life or oppose the Marxist BLM organization cannot stand at an institution of higher learning.”

The YAF says that the document was submitted to them anonymously for fear of retribution by one of the students in Clark’s classroom.

Iowa State University provided comment to the YAF, wherein it condemned Clark for her syllabus statements, which they say was “inconsistent with the university’s standards and its commitment to the First Amendment rights of students.”

The syllabus statement as written was inconsistent with the university’s standards and its commitment to the First Amendment rights of students. After reviewing this issue with the faculty member, the syllabus has been corrected to ensure it is consistent with university policy. Moreover, the faculty member is being provided additional information regarding the First Amendment policies of the university.

Iowa State is firmly committed to protecting the First Amendment rights of its students, faculty, and staff. With respect to student expression in the classroom, including the completion of assignments, the university does not take disciplinary action against students based on the content or viewpoints expressed in their speech.

Clark’s syllabus is just one more example of the growing blight of identity politics-focused “pedagogy” in classrooms across North America and Europe.

“Everybody's got to get involved!” Yukon Strong talks about the Ottawa CCFR gun rights rally