Documents obtained exclusively by Rebel News from Global Affairs Canada regarding the press independence summit co-hosted by the Canadian and UK government included instructions to hand-select friendly journalists for favourable access to VIPS and plans to remove adversarial ones from the conference altogether.

"Can we (and is it fair to) offer them access to VIPs/influencers for media coverage?" wrote bureaucrats planning the hybrid event.

The GAC minister's office insisted on placing CBC journalists on COVID and "misinformation" panels and reached out to CBC, BBC, and Al Jazeera for promotional coverage of the event.

Canadian bureaucrats guaranteed Chinese media a place at the conference on covid panels.

According to feedback received by the organizers:

Participants noted that to be an international leader in media freedom, Canada should set a strong example at home.

At the inaugural media freedom conference in London, UK, in 2019, Ezra Levant confronted the Pakistani Foreign minister, an invited panelist, for his use of Western social media companies to censor journalists.

The government of Pakistan is asking Twitter to censor me. pic.twitter.com/jPJt0eiRjt 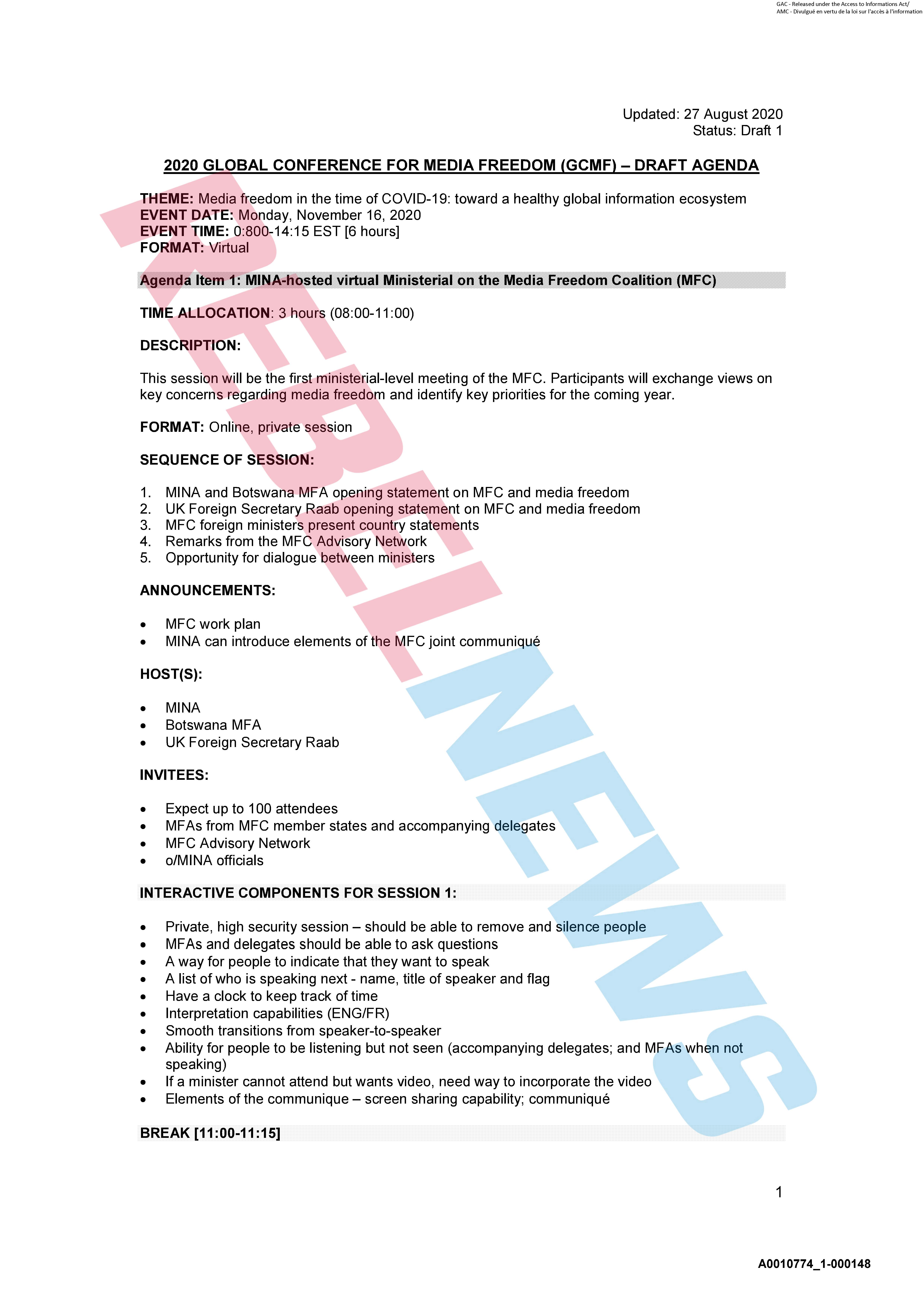