Previously, O'Toole sided with the Liberals against his party caucus to embrace vaccine mandates. 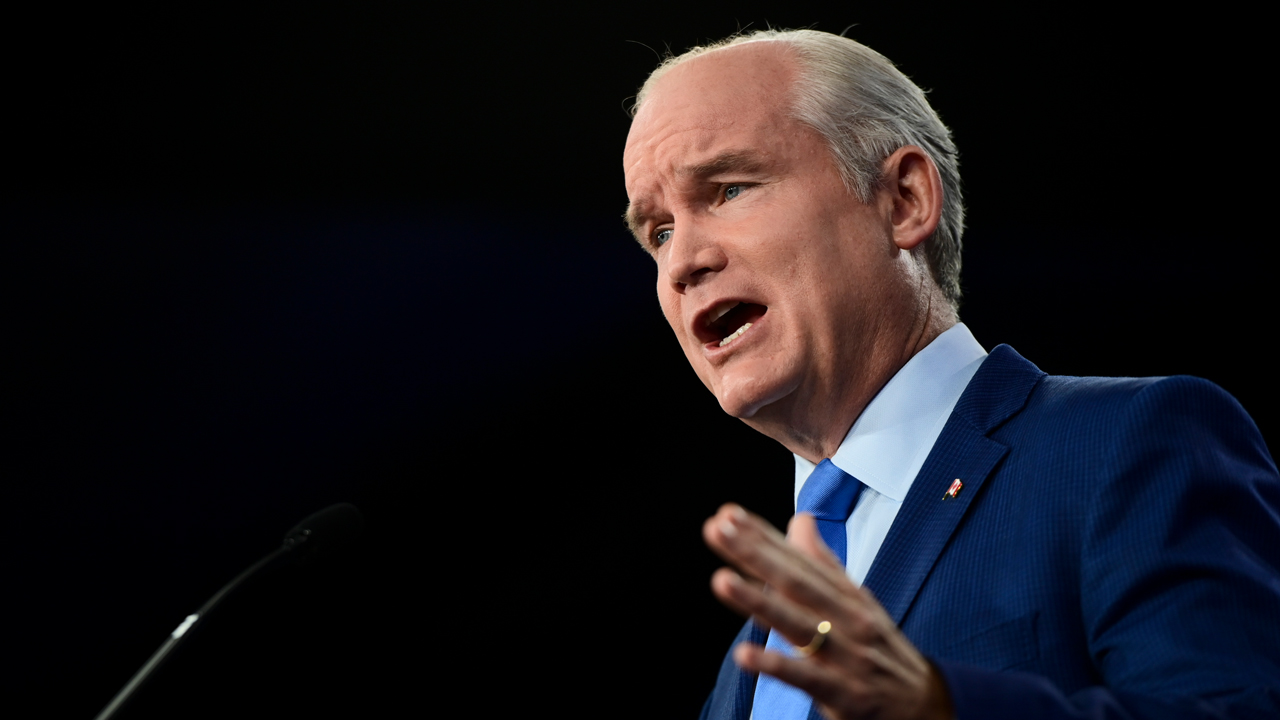 These flags and the hyper-aggressive rhetoric that often accompanies them are slowly normalizing rage and damaging our democracy. Since so many people that display the flags claim to be conservative, this might also be an appropriate time to tell them that these flags are the very antithesis of what it means to be conservative.

In the new year, one of the things I hope to see less of are the profanity laden Trudeau flags.https://t.co/pRMupAs7bb

"This is why the rage underlying the flags bothers me so much as an ordered liberty conservative and why I hope to see less of them in the new year. Rather than being the cri de coeur for freedom that people displaying the flags believe them to be, they are actually a slow erosion of it," O'Toole lectured.

Their tone isn't a problem. It's justified and, frankly, restrained. https://t.co/nEMut6Qy2A

"I also hope that we see the moderate majority shake off its complacency and demand more serious debate to ensure we find solutions to address the real feelings of dislocation that are embodied in the flags and other symbols."

If Erin O’Toole had taken 5% of the hatred he feels towards grassroots conservatives and redirected it towards Trudeau, the Conservatives might have won the last election. https://t.co/fVQU45KEKZ

The Conservative Party turfed O'Toole as leader as the Freedom Convoy arrived in Ottawa.

Like Prime Minister Trudeau, O'Toole refused to meet with the anti-COVID demonstrators led by truckers who had come to the nation's capital to have their voices heard by the Federal government but also by the other parties as well.

A trucker in the Freedom Convoy slams Trudeau for hiding, and adds that he’s glad Erin O’Toole was voted out as Conservative Party leader because “he’s the same way.”

Previously, O'Toole sided with the Liberals against his party caucus to embrace vaccine mandates.

After a heated caucus meeting, the CPC maintained their position against forced vaccines.

But, a day later, O’Toole contradicted that position and came out in favour of the Liberal mandate.

I break it all down on The Candice Malcolm Show. https://t.co/LjFEKQCmUQ

The F-Trudeau flag became a symbol of the Freedom Convoy and resistance to COVID mandates.

Those F Trudeau flags are a more effective opposition to Trudeau than O'Toole ever was.

The Trudeau government invoked the Emergencies Act, a war-time civil liberties suspension, to end the weeks-long peaceful convoy demonstrations, arrest the organizers and seize the bank accounts of participants and supporters.

This is one of the greatest interview from the convoy! pic.twitter.com/2zXaKJAAwf

On the very last day of the commission, convoy lawyer Keith Wilson (@ikwilson) gave us his perspective on the commission of inquiry into the state of emergency.

To help Rebel News' coverage of the Public Order Emergency Commission (POEC), the official examination of the Liberals' use of the EA on the peaceful protesters O'Toole now scolds for their tone, please visit www.TruckerCommission.com.